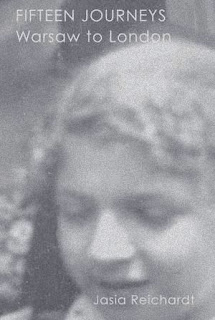 Our friend Jasia Reichardt, whose acquaintance we are so proud to have made through her partner Nick Wadley and his Cole Porter Choral Society, has written a unique and haunting book about growing up in the years 1939-1946. She counterpoints her own lucid, unsentimental prose with letters from her mother, Maryla Chaykin, and grandmother, Łucja Weinles, to her aunt, Franciszka Themerson, most of them taking a roundabout route from the Warsaw ghetto to London before Jasia’s mother and father were transported to the death camps. Jasia’s escape from the same fate, playing the part of a Catholic orphan, is the story of 14 out of the '15 journeys’, most of them short, around various hospitals and convents in the Warsaw region, until she is reunited with Franciszka and her husband Stefan in London after the war

The first journey, to the Warsaw ghetto, marks the departure from a normal life which Jasia describes in objective, simple but often piercing sentences, beginning with a detailed tour of the apartment. It feels so real, this ‘quiet and pleasant’ childhood in a civilized household where father works on his architectural designs, mother gives piano lessons and illustrates children’s books – inspiring her daughter to draw so well from an early age -  and grandfather’s oil paintings hang on the walls (Maryla’s drawings for Living Letters and Płomyk punctuate the text). 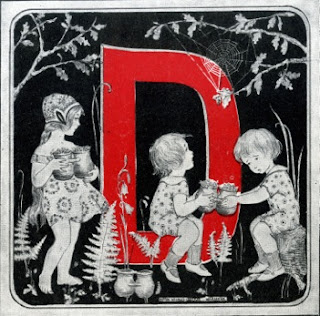 Visits to the Themersons’ modern flat open up a new world, full of everyday wonders illustrated by these influential avant-garde artists and film-makers: ‘no mermaids, no angels or witches, no Aladdins, just what we can see, use and touch’. The Themersons leave for Paris in 1938, the war begins the following year; in 1940, Jews are prohibited from leaving home without a permit between 9 and 5, from walking certain streets, entering certain squares, sitting on public benches, riding in taxis, making public calls from telephone booths…the list is preposterous and chilling. Maryla writes to her Franka, ‘Do you walk about town at 8 in the evening? Are cinemas and parks open to everyone? It will be a pleasure to even read about it.’ In October Jasia moves with her mother and grandmother to a three-room flat in the ghetto, shared with seven other friends and relatives. 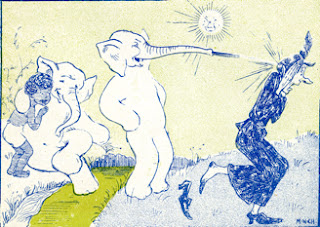 Maryla’s and Łucja’s letters are matter of fact, repetitive, coded. Jasia has taken the brave decision to include them all, reasoning that:

Each letter, whatever its content, is primarily proof that the writer is, or was at the time of writing, still alive. The letters have their own texture and pattern. The entire correspondence resembles a chain-stitch that goes back over itself, progressing slowly. With every stitch there is a small change, a new item of information, a nuance of mood that casts increasingly dark shadows. 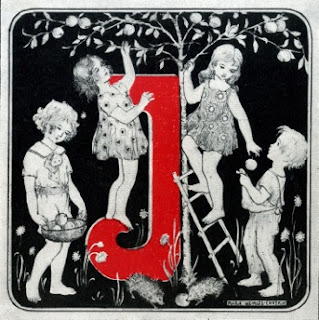 Through all this we learn that Jasia continues to have a childhood, to play, to roller-skate, to exercise as far as possible, to grow tomatoes on the balcony. But the mood of ‘growing despair’ can be detected in the change from the habitual stoicism of phrases like ‘we are in good health and have enough for our modest needs’ to increasingly plaintive lines such as these: ‘until recently we had a lot of help…We didn’t lack anything. The last three months however we’ve lived almost entirely thanks to your help’ This is August 1941; Franciszka has continued to risk sending food parcels from London despite warnings against doing so from the ‘Trading with the Enemy' Branch of the Treasury and Board of Trade, one of the many topsyturvydoms of war. 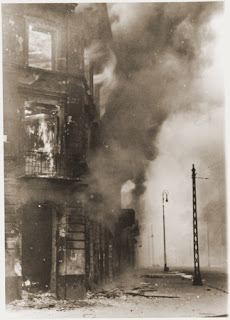 Eventually the inevitable happens. Telegraphic messages trickle out of the ghetto until the last card of 28 May 1942. Nine-year-old Jasia, in the premature growing-up of her many journeys, intuits that her grandmother and great-uncle are going to commit suicide, that her parents are dead. Somehow Jasia’s prose conveys the business of shutting out these thoughts, getting on with life. That Maryla and Łucja disappear from the narrative of the girl’s subsequent life is more devastating than their presence could be. The prose remains 'unencumbered by emotional baggage', as one close to Jasia describes it. Yet we know throughout that her mother, whose letters she only came to face after Franciszka left them to her on her deathbed in 1988, is the heart and soul of this most singular memoir. 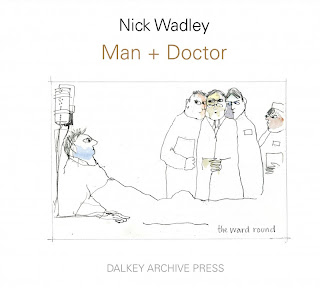 Nick, Jasia’s partner, published the latest book of his remarkable drawings earlier this year, Man + Doctor. It stems from his extended confinements to hospital beds between 2004 and 2010 and, in his words, ‘record man’s many and various attempts to avoid the scalpel, and his eventual confrontations with and recoveries from surgery (colon cancer, lumbar discs, and the heart)'.

Black humour punctuates a different sort of dark journey, from diagnosis to admission and operation (I particularly like ‘anaesthetic’, with a blue bird perched on a windowsill from which the patient is precariously hanging). Most of the medical professionals involved take on a comic-sinister aspect, or so I imagine. 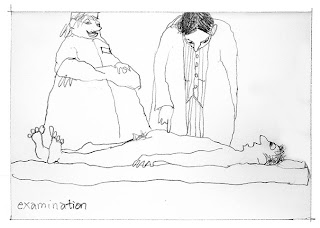 I asked Nick to choose an image, and he wrote: 'I think one that stays in my mind as poignantly "true" is the man in the blue gown, just at the moment he loses his identity and becomes a patient with a number, and signs the consent form, and disappears into the grande machine of hospital life'. Posy Simmonds described this at the book launch as 'the abattoir look'. 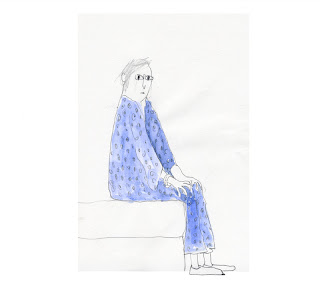 For the rest, see for yourselves. I should only add that both books are beautifully produced by Dalkey Archive Press, with artistic care taken over the selected illustrations that punctuate Jasia’s narrative.

Stop press, 3/10: A photo of Nick and Jasia taken at their home last Sunday. The painting behind them is by Franciszka Themerson. 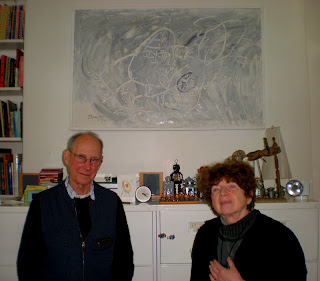 David you have done such a good description of both books. The one on Warsaw during the war is of interest to both Will and I since we lived and explored what is left of the old Ghetto area. We know the sad story too well. The other book we can also relate to like anyone who stays in a hospital for any length of time, have to say hospitals give me the willies. I know they do their best but still it is a very odd place to be.

These sound like two quite remarkable books. It is the source of continual amazement to me that talented people are able to make art of such experiences, but thank goodness that they do. I was amused by the phrase "abattoir look," which the drawing captures so well.

I so want to read Jasia Reichardt's book. Warsaw is a city that I love and I treasure my three years spent there - with all its warts and the terrors and sorrows of its wartime history it was still a place that I called and felt was home. I recall researching an article I wrote for the newspaper I worked for at the time on the Ghetto Uprising and finding everything on the internet - an incredible find in those days - records, photos, details. The stories of the trams that went through the ghetto area - the tracks are still there - with windows painted over so people could not see what was going on there. The people hiding in the sewers of the city. The incredible conditions and the closeness to the train tracks that led out of Warsaw to the camps. It is all still so vivid in my mind. As is the reactions of some of my Polish colleagues to my story. Do you know if it is being published in North America?

Willym - the price on the back of Jasia's book is given in US and Canadian dollars, so it's more readily available on your side of the pond. That said, easily found on Amazon.

Thanks to you and Laurent for your memories of Warsaw. We saw it on an unnaturally bright and warm couple of late May days, with the lilacs in bloom, and the sense we gleaned of that sparklingly recreated yet inevitably artificial old town was certainly strange.

Sue - I heartily second your comment about talented people making art out of extreme trials. It only makes me admire our two friends the more.

I agree with Susan Scheid about the extraordinary ways in which gifted people make art out of terrible experiences. You have certainly brought both books to life here.

So much of Poland's history is anguished. With Germany on one side and Russia on the other there was usually no policy which would steer the country between Scylla and Carybdis. The uprising in 1945 - betrayed by Stalin, and undertaken by the Poles without reference to Churchill and Roosevelt - pulls at the heart as much as the terrible nature of the ghetto. One is reminded of Churchill's remark - " There is no virtue that the Poles do not possess, there is no mistake they have not made" - though there was of course no policy that could have set aside Hitler's Jewish policies.