ENO: the fight's not over 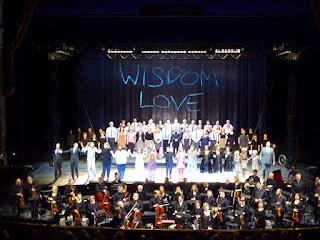 Before I go on, please be reassured that none of what follows is meant to overshadow the enormity of the Brussels news which has cast a pall over the day, the week, the month. But struggles great and small are going on everywhere, so I hope it's not too insensitive to ask for your indulgence with this one.

'I can not be otherwise,' Hofmannsthal's Arabella declares to Strauss's music. So it is with Mark Wigglesworth, one of the most honourable people I've met. How could he not hand in his resignation, as he officially did via Albion Media and the ENO Press Office this afternoon, now that our national opera company has been declared fit for purpose for only half the year, with its chorus looking for work elsewhere from March to June?

Despite what Cressida Pollock says in the weasel words (to put it mildly) of a vague, badly phrased manifesto for some reason published uncritically in today's Independent - what was she thinking of, comparing her decision to Sophie's Choice? - no real compromise was made on her part or the Board's. Mark has offered no further comment for the time being - more will come over the next few days - and neither shall I on that subject, other than to note that this may simply be the next stage in a refusal to let bureaucrats gut a thriving company and that I only hope statements of fact will fight all the obfuscation on the other side.

The top picture should say it all from the artistic side. I wanted to go back and see The Magic Flute, the production by Simon McBurney which hadn't ignited first time round but did so at a sublime level with Wigglesworth conducting, Lucy Crowe as Pamina and Allan Clayton as Tamino. I wrote about the first night experience in an earlier post, so let's just say the final afternoon performance had me shedding rather more tears in key spots (the Act One Quintet, several places in the Act One finale, what we'll always know as 'Ach, ich fühl's' and 'Tamino mein'). The whole of the second act finale transported me to that happy deeper place I sometimes touch on in the most successful meditations.

I'm certainly not prone to snapping curtain calls. But as, in thanks for my participation on the Mackerras Fellowship jury, they'd given me tickets dead centre in the Dress Circle and I was ideally placed to catch perhaps the last moment of unalloyed musical idealism at ENO, I did the honours both at the final bow and just after. 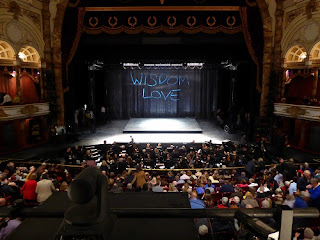 For the last words - at least for now - I refer you back to Mark's article for The Guardian on 11 February. He stated his position in no uncertain terms here: 'ENO’s identity as a team defines its past and will be its greatest asset in protecting its future Cutting the core of the company - musicians and technicians alike - would damage it irreparably.' And he ended thus:

English National Opera’s current production is as interesting to the aficionado as it is welcoming to the opera novice. No one would feel they needed to belong to an opera club to enjoy it. It is a showcase for the ground­breaking possibilities of a people’s opera, for the extraordinary qualities of those in our company, and for the magnificent Coliseum itself. It is a celebration of what teamwork can bring, and of the magical power of music to bring us together, remind us that we are human, and enrich our lives for the better.

Now it really is a battle between the Enlightened and the - not. I hope it isn't all over.

UPDATE: The Guardian quotes from a longer resignation letter sent to company members. It clarifies with MW's usual eloquence what he has been maintaining for months.
Posted by David at 17:56

Excellently put David as ever. A sad day.

Thanks, Jamie - you've been following the ENO saga? As for sad day, Brussels makes it especially so but in this microcosm of unhappy conflict I feel there's still much to fight for. As, over a much longer term, there is in the disastrous world situation. Will never forget my goddaughter Eva saying when young with a slight querulousness in her voice 'but good always triumphs over evil, doesn't it?' And I had to reflect and say I thought it always had, though sometimes it might take generations.

As regards Brussels, I might quote (with a slight modification) Voltaire ......" Those that believe absurdities will commit atrocities " And as a result of instant and world wide electronic communications I cannot see that there will be an end to these bloody events. Birmingham or Berlin or Bologna next

On ENO I have no information outside what I have read but on the basis of Parkinson's Law ( a deadly serious book, as the Duke of Edinburgh has said ) the place has the look of a set-up which will only be cured if everyone at the top is fired and replaced. Sue Bullock for the Chair?

Cressida needed to demonstrate one thing - that she is capable of constructing a new business plan for the organisation at the same time as keeping creative staff on board. In this she has failed!

David, you're right on both counts (I fear). There has to be a vote of no confidence in the Board and CEO from the entire artistic and technical side of ENO. Sue has fought with Elektra-like ferocity but also focus. Mark W has been the true leader in all this.

And yes, Michael, Cressida has failed - there has been no vision in any of this. IF the half-year season and the nine-month pay for the chorus were the only option, I might begin to understand the thinking. But other alternatives have been presented, Mark W's included, to which hearsay has it that the response was 'overambitious'. We need to know more, and I'm sure we shall over the next week or two.

I should add ( and...c'est moi qui parle) that Akhnaten was a masterpiece - the music fitting into the staging and the chorus, rather than, as usually, the other way round

A fusion, I don't doubt - though it all looks very kitsch and I found McDermott's Satyagraha overload of visual cliches too. But you're talking about the Gesamtkunstwerk. The music itself is just third-rate (c'est plusiers que moi qui parlent). Anyway, I'm glad it was a success for them.

The music fits the production...the relentless progression of the notes, hypnotic in its effect, would be - indeed is - tedious in itself. But this was not music with the staging but staging with the music