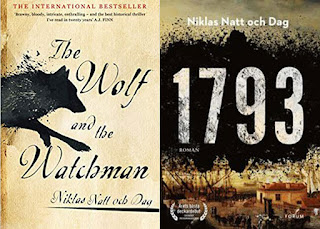 So I got to page 176 of Niklas Natt och Dag's The Wolf and the Watchman (Swedish title 1793, translated into English by Ebba Segerberg, not that she gets any but the tiniest credit for it), and had enough. Disgusted by the twofold repetition of what happened to the armless, legless, eyeless, toothless corpse that's discovered in Chapter One, I couldn't go on.

Given an especially horrid description of every nasty detail in an execution scene, I'd already had the suspicion that the author - all night, no day - was taking a sadistic relish in every one of the worst aspects of late 18th century Stockholm. It became clear that he was heading - no real spoiler here - for a Dickensian link between the highest and the lowest in society, but it's all too much. The twin protagonists are both losers who hope to redeem themselves (one is dying of consumption); the women, at least up to that mid-point, are either bloodthirsty hags, whores or adulterers. Bye bye, Mr Natt och Dag; I shan't be reading you again.

Having got the loathing out of my system, I thought I'd use this as an all-too-brief survey of what I've read over the past few months that's in an altogether different league. Three wonderful books by Hungarians (one now, I'm presuming, a British citizen, who has lived here since 1956) in which the past and the present are masterfully interwoven head the list. My pal at MacLehose books, Katharina Bielenberg, sent me Magda Szabó's Katalin Street and George Szirtes's The Photographer at Sixteen for post-hospital reading earlier this year, but then I was still on my Elena Ferrante jag (just returning to the two first novels I hadn't read). Katalin Street, a family-and-friends chronicle which begins with the surviving characters in old age and then runs from 1934 to 1968, the year before the novel was written, touches on themes which are embodied in one even more memorable character in The Door (1987), an absolute masterpiece. 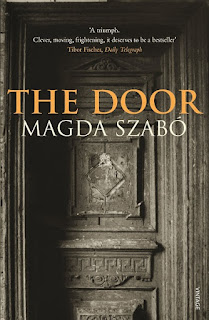 They share the sadness and even the tragedy of old age, The Door wrenching us with the ultimate fate of its housekeeper protagonist. I'll say no more about that - just read it. Katalin Street's singularity is apparent in the introductory two pages, and on time it has this unforgettable paragraph (in Brian Rix's translation):

There came too the realisation that advancing age had taken the past, which in childhood and early maturity had seemed to them so firmly rounded off and neatly parcelled up, and ripped it open. Everything that had happened was still there, right up to the present, but now suddenly different. Time had shrunk to specific moments, important events to single episodes, familiar places to the mere backdrop to individual scenes; so that, in the end, they understood that of everything that had made up their lives thus far only one or two places, and a handful of moments, really mattered. Everything else was just so much wadding around their fragile existences, wood shavings stuffed into a trunk to protect the contents on the long journey to come. 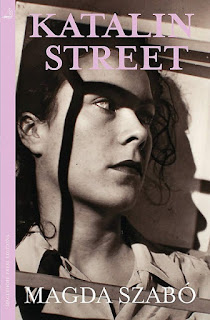 It was, I take it, as an attempt to capture lost time for his mother, who had taken her own life in 1975, that George Szirtes wrote The Photographer at Sixteen. He takes the now-familiar format of working backwards from the end to the childhood of the protagonist to reclaim Magda's life for her and make it not just about the concentration camps, which in any case Szirtes tells us that as a poet he could not imagine. His poem 'Metro' 'stopped dead at the gates of Ravensbrück. Having trespassed so far I did not feel entitled to go in. I could imagine being taken away all of a sudden. I could imagine a journey. I was caught up in the act of imagining her but my imagination had no right to venture into the camp itself'. 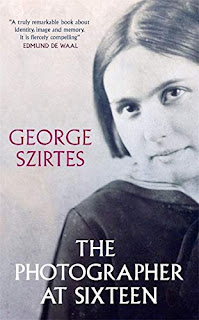 He does so here briefly in clear, curt prose. What he can make more personal is the last house in North London where the family lived, and back to his early days in Budapest, the flight to England in 1956. The keynote of it all is contained here:

Telling the story backwards, I am conscious of seeing and showing her at the end of a process of which the beginning must remain a mystery to me. I can trace elements of madness and a furious desire for control which sounds oppressive, and indeed it was in some respects, but it was as impulsively generous as it was jealous. She would have given those she loved anything at all. She took to people as abruptly as she froze them out. I ave no wish to subject her to retrospective analysis. I want to report her presence and register it as it moved through life by moving back into her own past with her. I want to puzzle over it and admire it while being aghast at it. I don't want to be certain of anything. I don't want to come to conclusions.

There are horrors here, of course, but a deep human compassion which springs from truth. The Wolf and the Watchman is just a horror story, or at least as much as I read of it is. Life's too short to bother with such things.
Posted by David at 08:35

Thank you for bringing these Hungarian writers to our attention and the three books you mention. The Door sounds like it would be worth investigating, as will be the first volume of your Prokofiev biography while we await the results of your investigations into Prokofiev’s remarkable and courageous (and I assume not naive) decision to return to Russia and the Soviet Union.

I heard a podcast review of the Swedish horror book - Spectator Books or TLS - and thought at the time it would not be a pleasant read!

Thanks, Michael. All three are worth reading, though I'd possible whittle it down to The Door and the Szirtes. And thanks for interest in SSP - progress on Vol. 2 has been constantly interrupted by reality (ie the need to make a living) but I'll get there in the end. Essentially the reasons behind the decision are dealt with towards the end of Vol 1.

Szabo was a familiar name to me—turns out I’d tried, unsuccessfully, to read Iza’s Ballad. Sometimes one’s frame of mind just doesn’t fit the subject matter of a book, so am glad to be reminded of her with the thought of trying again. I have finally obtained Menasse’s The Capital from the library, which promises to be fascinating, if I can only keep the characters straight! Each day, also, I try to read at least 25 pages of Eric Foner’s magisterial “Reconstruction,” about the post civil war period in the US. A real eye-opener, though I suspect it will take me to the end of summer to finish it. Between, for lighter fare, I’ve read a couple mysteries—nothing to write home about, but appealing settings and characters, so not the dismal experience you report here. Have also read the first short story in Deborah Eisenberg’s new collection, “Your Duck is My Duck.” She’s entertaining in a quintessentially New York City way, so it carries one along. Suspect she may not wear so well the other side of the Atlantic, though.

Good to have transatlantic recommendations, too, though I fear my British history is shaky enough... I did find the film about Lincoln surprisingly informative, though, thanks to Larry Kramer's script. Diverted from Elena Ferrante on my way back from a hugely enjoyable Shostakovich-plus day at Lake District Summer Music by reading a 'Gruff Guide to Ambleside' I'd bought. I fell in love with the place, even in peak season when tourism is dominant. It has a strong identity of its own. And I swam in Lake Windermere, delicious.

Your Lake District day sounds delicious! And so glad to know that even in peak season, it holds its own. We had a lovely time there, so long ago, ambling up the hillsides, pausing to catch our breath and marveling at ladies striding purposefully forward in their “sensible shoes.” Josie just finished Kate Atkinson’s Transcription, which called up all sorts of memories, it seems. It’s now on my to be read stack.

Never read any Kate Atkinson, and I know I should. I now need something Norfolk-oriented, as it's back to the Southrepps Festival soon, as punter rather than speaker.

Our intro to Atkinson, should you be so inclined, was Behind the Scenes at the Museum. Josie particularly enjoyed it for the "50s period detail. Josie also points to her Jackson Brodie mystery One Good Turn, set at the Edinburgh Festival. Good luck with Norfolk-oriented books--I asked Josie if she had a recommendation, but the closest (which you've likely read) was Sebald's The Rings of Saturn, which starts off in Norfolk, but is centrally about walking in East Anglia (if I've got this anywhere near close to accurate, which is a big if).

I remember nearly reading that when it was hugely popular. The Festival setting sounds appropriate - shall be heading back to Auld Reekie in a fortnight. And then, who knows, maybe for good, or at least until Little England comes to its senses. But I do fear the No Deal, which might at last wake up the deluded millions to how much we've 'lost control'. My reading is now Patrick O'Brian, having picked up the fifth of the Master and Commander series, unlikely territory for me but I can see why people swear by it. I have the last of the three early Elena Ferrante novels to hand should it all get too butch.