A tale of cock and despot 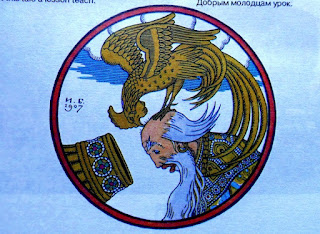 English Touring Opera's new production of Rimsky-Korsakov's The Golden Cockerel made me decide to give a one-off Zoom class on his satirical swan-song (the fact that the event itself turned out to be a bit of a turkey is incidental now). It may not be as profound as its immediate predecessor, The Legend of the Invisible City of Kitezh, where the myth of the disappearing city which sinks beneath lake waters to preserve itself from the marauding enemy might be repurposed now for Ukraine, or as bewitchingly lovely as The Snow Maiden, but it does encapsulate many of Korsakov's styles and innovations, taking them one step further down the road of a modernism he professed to hate. 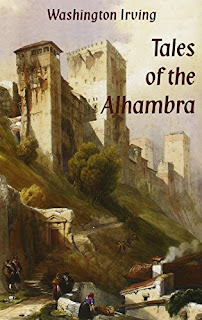 As I made clear in the review, there's one aspect of the fable - drawn by Pushkin from Washington Irving's 'Legend of the Arabian Astrologer' in his delicious Tales of the Alhambra, which he read in a French translation - with obvious connections to now: a capricious ruler sets off on a pointless campaign, with disastrous results. For the poet, disaffection with Nicholas I was part of the picture; for the composer and his librettist Belsky, the evident twilight of Nicholas II's reign and the disastrous Russo-Japanese War of 1905 would have been pertinent. 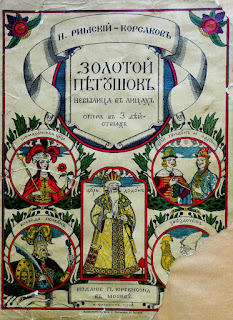 There's also a parallel real-life story which makes me very proud to have picked up a copy of the vocal score when I was last in Moscow, albeit a battered edition. As Sergei Bertenson and Jay Leyda, Rachmaninov's best biographers to date, record, the composer, leaving Russia towards the end of 1917, 'carried one small suitcase: the only music in it was his first act of Monna Vanna [the opera he never completed], sketchbooks containing the new piano pieces [the Op. 39 set of Etudes-Tableaux, for me his piano masterpiece], and the score of Rimsky-Kosakov's Golden Cockerel' - the same edition as the one I proudly possess. 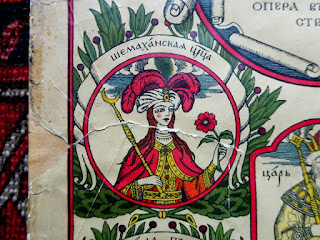 Later, in 1934, Rachmaninov wanted it sent from New York to his wonderful new Villa Senar on Lake Lucerne along with The Legend of the Invisible City of Kitezh. 'Just to read a score by Rimsky-Korsakov always puts me in a better mood, whenever I feel restless or sad,' he declared.

Less valuable but much treasured by me are two editions of Pushkin's original tale. Artist Tatyana Mavrina's illustrations for Pushkin fairy-tales bound together by the story-telling cat of the poem that prefaces Ruslan and Lyudmila were published in 1984 by Detskaya Literatura and won the international Hans Christian Anderson Medal. This was one of the last things I bought from the long-defunct Collets on Charing Cross Road. 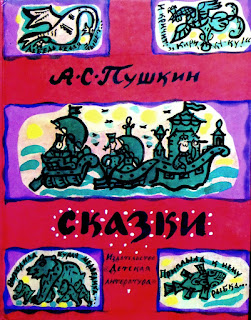 You also get the tales of Tsar Saltan, the Dead Tsarevna, the Fisherman and his Wife, and the Priest and his Worker Balda. But the Cockerel is what concerns us. I reproduce two of the three-page spreads below. 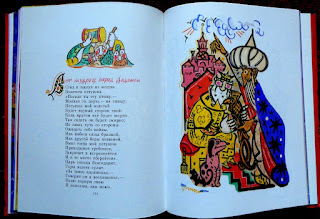 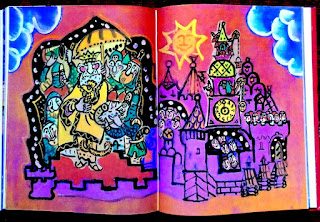 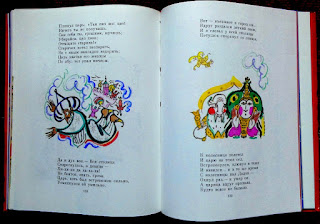 The most famous illustrations are those of the great turn-of-the-century artist Ivan Bilibin. They're not part of the beautifully-printed Everyman's Library of Children's Classics volume, from which I used to read to my godson Alexander the Tale of Tsarevich Ivan, the Firebird and the Grey Wolf with sound clips on cassette I took from Stravinsky, Rimsky-Korsakov and Rachmaninov (he remembers that experience to this day, I;m so happy to say). But I found them in a slightly rougher-and-readier Pushkin volume published by Literatura Moscow, accompanying a dual Russian and English text. That's the ill-fated Tsar Dodon being pecked to death up top, This is the tailpiece 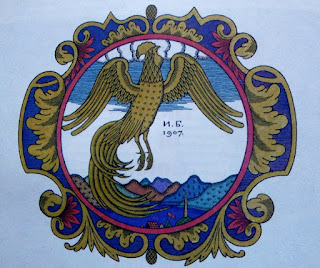 this the Tsar being presented with the Cockerel by the Astrologer, 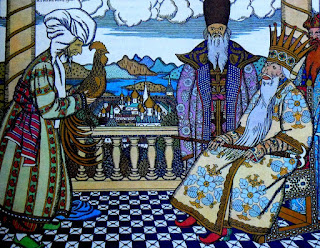 and this the first manifestation of the mysterious Shemakhan Queen. 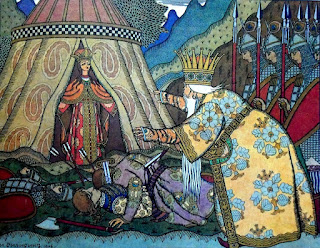 She's a fine manifestation of woman power, albeit only through using feminine wiles. The female heroines of Angela Carter's The Bloody Chamber and Other Stories aren't all-powerful, but that truly great writer has plenty of interesting new takes on the fairy-tales of Perrault and others. I returned to this beautiful spider's web of fantasies when I was covering Bartók's Bluebeard's Castle in my Hungarian music course, and realised I hadn't read beyond the titular narrative. 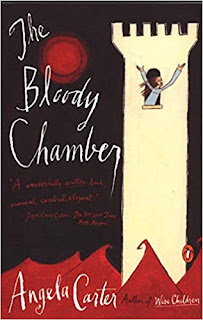 I soon realised that the 10 tales are much richer if read in context. 'Puss-in-Boots' serves as a kind of entr'acte, and animal metamorphoses are rife. Most remarkably, there are refrains that serve like musical themes, recurrent but altered by the context, and re-reading makes it all even richer. Stuck on a train without another book, I decided to turn a second time to the two stories I found the most hauting and poetic. 'The Courtship of Mr Lyon' and 'The Erl-King', with its fabulous descriptions of natural detail in a wood, and found even more connections in retrospect. If I still composed - I dabbled as a teenager - I'd be spoilt for choice to make mini-operas here. One could even use the same soprano (or mezzo) and baritone for a triple bill... Well, I can dream, can't I? But the music is already there in Carter's perfect prose. What genius.