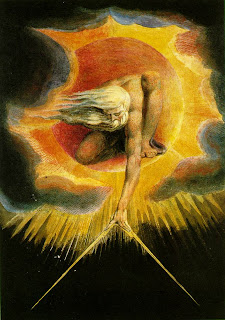 It would be foolish to give that outrageous American televangelist any more publicity by mentioning his name, but do you think it's enough for a senator just to call him 'silly'? 'Silly'? A man who says that God hates Haitians because they signed a pact with the devil to get rid of the French? Wouldn't that be categorisable as a hate crime, or at least a mindf**k? After all, I listened two days ago to Floridan Haitians gathered together to talk to the BBC World Service, all of them firm in their belief in God and several, including a priest, wondering whether they might not, after all, have been justly punished. The poison spreads.

Well, I hope I'm speaking to the enlightened, so I don't need to say any more. Except, like everyone else, to add, give what you can, either through Medecins sans frontieres or any other reliable charity.

As so often, the obvious awfulness of religious dogma and superstition sits alongside something genuinely strange or wonderful: the Jerusalem versus The Sacred Made Real syndrome. I've just finished Barbara Reynolds's lucid, if sometimes oddly uncritical, biography of her friend Dorothy L Sayers. Now there was a woman who could make dogma seem credible. 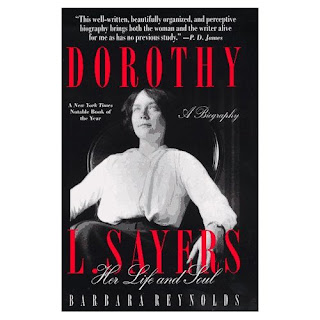 There's one obvious connection with the current bandwagon of disaster: the palaver over her attempt to render the New Testament vivid in contemporary language with the radio plays that make up The Man Born to be King. This was wartime, and when, Reynolds tells us, 'Singapore fell to the Japanese, the event was interpreted in the press as a sign of God's judgment on Britain for allowing such a blasphemy to be committed'.

Sayers is such a splendid example of the flexible mind, capable of change across vast swathes of time. It's true that she comes over a little priggish in her cleverness. But then, around the time of embarking on the Wimsey/Vane novel everyone thinks her masterpiece, Gaudy Night - I've just ordered it up - she seems to have learned how to reconcile the head and the heart. After that, she goes on developing up to her dying day: laying out her extraordinary parallels between the trinity, above all the Nicene Creed's essential idea of God's incarnation as man, and the three elements of artistic creation, before tackling Dante. The whole rule-of-three business is a conceit, of course, but how plausible she makes it. And I love her simple faith in the value of unimpeded work. I can't say I always like her from reading this, but I do admire her.
Posted by David at 09:31

Back a couple of decades, I read almost all, if not all, of Sayers Wimsey novels. I remember Gaudy Night in particular because she revealed in such detail the workings of English college culture.

It was certainly the novel of which she felt proudest, declaring that the detective element was subordinate to her own feelings about the life of the intellect.

The Nine Tailors, which I cited last year, is a miracle of atmosphere and detail, too (everything you always wanted to know about campanology...)

I read Nine Taylors, too. Most of what I remember of the book has to do with change ringing, but I haven't retained much of the mystery plot. We had, during all my years in Boston, one church that had a full peal hanging in its tower and every now and then a change ringing club would come and fill the Back Bay neighborhood with the sound of bells for most of a day. Some people hated it but whenever I heard it I loved the sheer raucous, joyous noise of it.

Sadly bellringers, like nightingales, are an endangered species, under threat from citydwellers who move to the country and don't like the noise...I kid you not ('those damned nightingales are keeping us awake all night...')

Mr Nice's report on citydwellers who are kept awake by the nightingales reminds me of the Wodehouse character Admiral George "Fruity" Biffen, who, having taken a country cottage near Blandings Castlem left it abruptly to return to Piccadilly where a man can get a good night's sleep, undisturbed by the dawn chorus

When I lived in one of Boston's neighborhoods just outside of the center, I had mockingbirds at night. They's start around 1AM and sing until 3 or so, going through their entire repertories. I suppose I should have been upset at the disturbance but I always loved it.

Whence the phrase, then, 'to kill a mockingbird'?

I'm part in earnest - is that where it comes from? I don't know the Harper Lee original and haven't seen the wonderful film for ages, so I can't remember the origin of the phrase.