The best of times is now 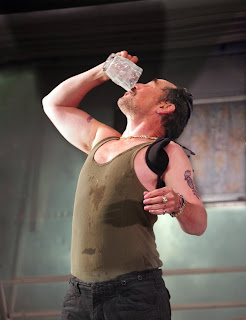 Can't stop humming that sentimental Jerry Herman number. But it applies nicely to the fact that my limited experience of last year's best continues to roll into 2010. Johnny 'Rooster' Byron (Mark Rylance, pictured above by Simon Annand at the Royal Court) would down another vodka, milk, speed and egg cocktail to the good news that he's transferring to the West End. It was a foregone conclusion when Jerusalem, Jez Butterworth's baroque semi-fantasy of rural life today, knocked us all for six last summer. I didn't see many other new plays, but it seems I saw the best. And it ought to make a great film, too. 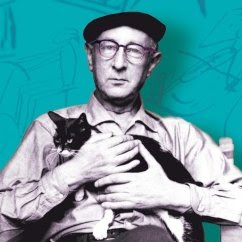 The Martinu trail, having reached far and wide (including to Brno last autumn, where the above photo was used for the festival logo), leads back to the Barbican. Those two BBC Symphony concerts conducted by Belohlavek spread the good news via Radio 3, and last November I learned that the four remaining instalments of the symphonies cycle, returning in February, were pretty well sold out. Time to make an excursion to Policka in between, too - though I'm not sure what I'm going to do about the talk and concert featuring Martinu 5, because at the same time Abbado is sharing the Simon Bolivar Youth Orchestra of Venezuela with Dudamel in Lucerne. Embarrassment of riches indeed.

Abbado's Mahler 9 with his very own Lucerne Festival Orchestra in August is simply unmissable, too. The partnership was my new best team of the past decade in the Arts Desk list, and however much I may have hesitated or racked my brains elsewhere, I feel certain that I won't hear more perfect or soul-shattering orchestral music-making anywhere else. The Mahler 1 and 4 from last year's Lucerne Festival should appear on DVD this year; in the meantime, feast on the Medici Arts film of the Third from 2007. 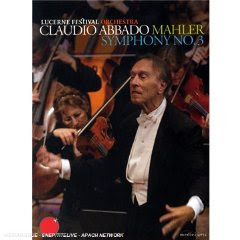 Otherwise, I've not looked much beyond the earlier part of the year, but the continuity is assured with sterling programmes from Ticciati, Nezet-Seguin, Nelsons in Birmingham (a Strauss Alpine Symphony before which I'm speaking), Jurowski and Salonen. We're getting more staged Prokofiev in a month than we got throughout the 50th anniversary year (Glasgow RSAMD War and Peace, Royal Opera Gambler), and then in the summer Grange Park is hitting the Three Oranges alongside Strauss's Capriccio while Glyndebourne plays safe. And that's before we even have more than an isolated hint of what the Proms portend.

In the meantime, the Sophie Sarin/Djenne Djenno experience is always there for the brave to investigate (not us again, this year, at any rate). Crises rock our Sophe but she remains regally come scoglio, up there on her sunset terrace with her cocktail and one of the, erm, fertility symbols of the mud hotel she had constructed only a few years ago.

Sophie's blog remains as unique and unsinkable as she. In the absence of recent communication, I've taken the liberty of reproducing from it the latest image of our ex-Parisian fashion model. Skol, aelskling!
Posted by David at 20:59

well hello there chéri,
how nice you are!
Did the parcel arrive?
All love and lots of happiness for 2010
xxSophie

So much for my Bergman Swedish. DD knows he's about to get a DD bathrobe, though.

With apologies to other readers for obliquity.

I have the bathrobe ( after discussion, probably more exactly called a kimono ) and it is super and elegant, though I shall keep it for slightly warmer weather. Thanks to all in the
design/production/purchase/transport/gift chain. Much appreciated