A tale of three towns 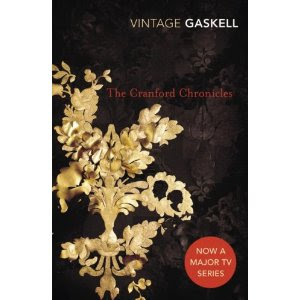 Duncombe, Cranford and Hanbury are all one, at least for the purposes of the Best Classic Television Serial Ever, the BBC's Cranford. In its wake, the three Elizabeth Gaskell novellas its clever adapters fused together with a fair amount of dramatic licence - followed by even more in the dodgier Return to Cranford Christmas specials - tend to appear together.

I'd read the lynchpin classic before, but this week I got round to Mr Harrison's Confessions and My Lady Ludlow. The doctor's story is more or less candyfloss, stiffened with some acute satire on the ladies of Duncombe/Cranford and featuring a much plainer hero than the pretty sandy gentleman in the TV series. As in the dramatisation, though, it does suddenly shock us when Little Walter dies in three pages flat halfway through the story.

That permits me a digression of the kind Mrs Gaskell so encouraged. People die frequently and suddenly before their time in her novels: that's just the way it was (and in some cases, of course, if less frequently, still is). We learn, for instance, in the last paragraph of My Lady Ludlow that young, delicate Mr Gray shuffled off his mortal coil far too soon. Which helps me find a home at last for a small gem that's haunted me over the last year - a self portrait by George Manson displayed at the National Trust property of Polesden Lacey. 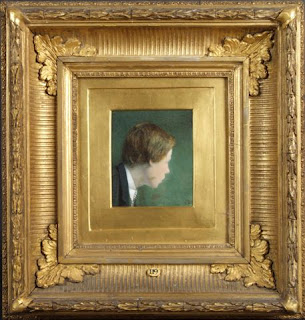 Manson was 19 when he painted that little watercolour in 1869, and only 25 when his promising career was cut short by the end of a long illness. I didn't know the facts when I saw it, but I surmised with an unexpected quiver of emotion that here was a young man not long for this world. I think Mrs Gaskell would have liked the tenacious young Scot, apprenticed as a woodcutter and a fervent speaker against slavery.

But back to our novels. The tales and behaviour of Lady Ludlow are altogether richer than those of Mr Harrison, and some opportunities had to be missed in the translation to TV. It's in the book, but not in the series, that we meet Mr Gray, the stumbling, fragile progressive clergyman. His scenes with the maddeningly obdurate, reactionary Lady provide real edge-of-seat dialogue. And the wonderful thing about Gaskell's writing is that we sympathise with the convention-corseted Lady Ludlow and get to see that she's essentially a good person who may change her views over time if she comes into contact with the harbingers of change as real human beings. 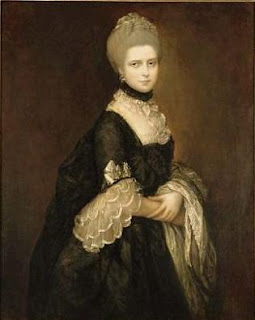 Equally resistant to progress, Miss Galindo is quite a different and more entertaining person than the sober common-sense character played so beautifully by Emma Fielding. She, Imelda Staunton, Julia McKenzie and Dame Judi all touched me by their restraint when we finally caught up with the outrageous and exploitative Return. Very well, so I went with the railway story-line of the first episode, but the second was so indigestibly chocolate-boxy. And after all the attention to detail for which these BBC series are famous, why on earth did they shoot the October to December outdoor scenes with the trees still in full leaf and such very unautumnal or wintry skies?

Anyway, Gaskell's prose is a different matter altogether, and she tells such a good, clear story. I even enjoyed the huge digression of Lady Ludlow's narrative about the aristocratic lovers caught up in the French Revolution. While obviously not quite on the Hilary Mantel level, it stuck me as a good deal more truthful about those best and worst of times than the overstuffed operatic farrago of Corigliano's The Ghosts of Versailles, which I'm having to watch as part of a mostly pleasurable reviewing trawl through the James Levine 40 Years at the Met boxes. Was having such fun with Figaro and Puccini's Trittico - and then this. Ah well, it can't all be nectar-quaffing. Now I must go off and sit through what I'm hoping against hope will be the final scene.
Posted by David at 12:51

And I must go back and reread Mrs. Gaskell. Haven't read her since college.

The Manson self portrait is a gem and new to me. Thanks.

Agreed, Elizabeth. There's precious little about GM anywhere, and it was hard work prising this image out of Polesden (I don't think we'll find it reproduced anywhere else) - though I did in the end have a very friendly correspondence wih the NT representative there, who was incredibly helpful. Only now have I been able to repay his diligence.

Ghosts of Versailles wasn't Mr. Corigliano's finest hour on a couple of levels. Most of it is pretty blatant pastiche of a not always inspired quality; I only had a sense that I might be hearing Corigliano's real voice about two thirds of the way through, which is way too late for a long and self-indulgent work.

I came away describing it to friends as window dressing. In doing so, I joined a rather large group condemned by the librettist and the composer who seemed to feel that any criticism of the work was homophobic. I have not been tempted to listen to it again.

Tell me, Will, what WAS Corigliano's finest hour? I've heard enough now. Interesting you mention accusations of homophobia - I remember the awkwardness I felt when his 'AIDS' Symphony was performed in London - truly overblown, terrible stuff in a worthwhile cause, so what could one say in the press?

Anyway, Ghosts has been trimmed and was done at Wexford, apparently, but who cares?

I believe the trimming was done in Chicago. The MET's music staff apparently recommended certain excisions during preparations for the world premiere but Corigliano and librettist Hoffman insisted on presenting the work whole the first time out, which I think is a defensible position. But if memory serves, Ghosts was done in Chicago in a revised edition.

I have heard Corigliano praised here in the press and I think that the AIDS symphony may have been one of the pieces cited. Of course, critical reticence to reject a work on such an emotional and politically explosive theme may have been part of that, as you suggest.

Ghosts was the first major piece by the composer I ever heard live, everything else having been heard over the radio and not very much of that to tell the truth. I do remember listening to Figaro's opening aria ("I've been a pirate, a poet, a pauper" or something like that) and thinking it was going to be a very long night.

There is a wonderful adaptation of Gaskell's RUTH on the BBC iplayer- it was made as a Classic Serial for radio 4 and has just been repeated on BBC7.

Then again, I would say it's wonderful. My ma adapted and directed it and I produced it.

So ipso facto, you must both be Gaskell enthusiasts. Any thoughts on the Cranford adaptation + sequel?

Only the one, which is that I have never seen it, to my shame.

Although I worked with one of the cast of Cranford (name censored because this is the internet, but think Mrs Lovett) on a radio job shortly after they filmed it, and she told me the magnificent story that they had to do a lot of retakes because Eileen Atkins kept accidentally saying 'Ambridge' instead of Cranford.

Priceless. And from an earlier thread, you know how I worship at the shrine of that Mrs Lovett.

I hate to admit this here, but I haven't had the pleasure of reading any Mrs. Gaskell. Yes, yes, I know, I must! And perhaps it will happen, but there are so many musts. Commiseration on the Corigliano. I'm right now immersing myself in the pleasure of Bach. It's a cloudy day and oak leaves, the surest sign of fall coming to its close, are dropping to the ground.