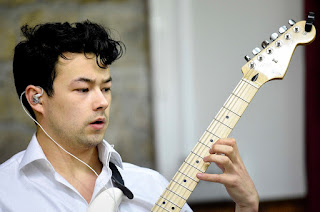 I've now encountered him live on three different occasions, and each time Sean Shibe (pictured above in electric mode at the East Neuk Festival by Colin Hattersley - amateur photos to be seen on the previous blog entry) had the audience in the palm of his hands. It's not just that he compels you to listen in to every colour he draws from his guitar, which makes him one of the most astonishing recitalists I've ever heard, and way more remarkable than other famous practitioners of his instrument who I now realise left me half-asleep to the guitar's true potential (Julian Bream, John Williams, Segovia);  he also has that centred charisma - at 25! - and hints at a hinterland beyond/behind just making music that all too few performers share. His playing embraces the subtlety of the lute and mandolin within a much wider palette.

I was glad that the other Southrepps musketeers game for this remarkable North Norfolk village's brilliant annual Festival run by top tenor Ben Johnson, three of whom hadn't heard him before - J, Isabel and Cally - feel the same, that this is a musician in a million destined for great things. (Below are two setting out at around 7pm from Jill's place in lower Southrepps up across the fields to the church that evening). Actually future fame doesn't matter as far as we initiates are concerned, though we wish him every further success; we've already witnessed greatness in action. 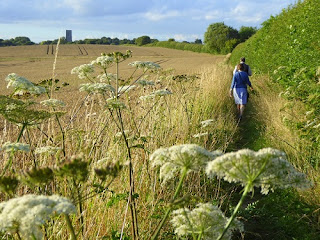 The even runs, expressive space and dancing elegance Shibe brought to Bach's Fourth Suite were of the essence; a packed house in Southrepps' St James's, famously attentive despite the fact that many are locals who until a couple of years ago hadn't experienced this sort of thing before, held that same intense silence I'd witnessed in the Wigmore Hall two years ago and in Anstruther much more recently.

His sequence of Villa-Lobos Preludes and Etudes led us into an hallucinogenic dream in a way that reminded me, albeit at an even more inward level, of Simon McBurney's Amazonian fantasia The Encounter. This journey left us with a heart of darkness in the shape of the Etude No. 11. It's not often that you hear simultaneous colours, different ones in melody line and support, on a piano, let alone a guitar; some of the chords above the fragments of theme were supernatural in their beauty. This film is from 2008, when Sean was a mere 16, and yet it still gives you some idea of the hypnotic fascination in his Villa-Lobos interpretation.


But in any case here we were even more prone to the Shibe magic given the wonderfully concentration-friendly air of North Norfolk in August, with the setting sun lighting up St James's west tower and raking the scallop design homaging the church's patron saint. 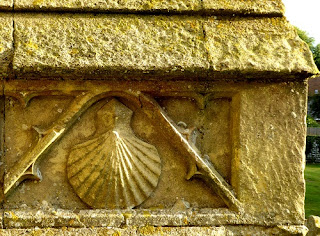 Later there was the walk back down the hill, with moonlight ahead 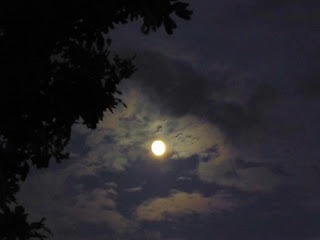 and - I promise you this is the same time - looking back to the last glow of sunset with the distant tower. 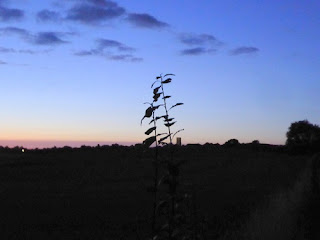 Of our daytime bliss in walking around the area and, further west, through Sheringham Park to bathe at the resort of that name and back, another blog entry will have to tell. Meanwhile, a full accolade is due to Shibe's solo debut disc Dreams & Fancies on the excellent, Edinburgh-based Delphian label. 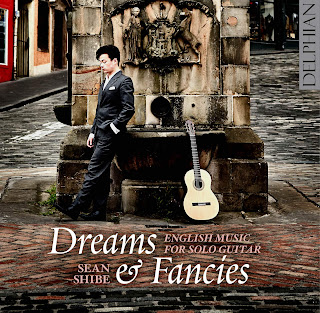 It indulges my slight obsession with Britten's Nocturnal, like Lachrymae presenting us with puzzle-pieces before eventually unfolding the Dowland tune. The master lutenist's numbers are mesmerising too, of course. But while I wasn't won round to Lennox Berkeley, the Malcolm Arnold Fantasy is another earwormer, its lovely simple-essential Ariettas flanked by more angular and occasionally grotesque inspirations. At any rate here's another Shibe performance of the immortal Britten, which I want to hear played in, or even outside, a country church at midnight.


Should you be at the Edinburgh Festival any time between 21 and 26 August, don't on any account miss Sean's SoftLOUD happening on the Fringe, which is bound to be a highlight of the Festival overall - I promise it will change you in one way or another. Not least for the LOUDest (earplugs provided on request, though we didn't need them in Anstruther's Dreel Halls), a staggering transcription for electric guitars (recorded and otherwise) of Julia Wolfe's Lad, originally composed for nine bagpipers. That, and Shibe himself, could become something of a cult if it reaches the most influential ears.
Posted by David at 00:16

I've never warmed to classical guitar, and perhaps it is because the right performer hadn't come along. Shine looks to be the one who can make that change. The photographs are lovely. I wish I could walk out on that path through the field, something we don't dare do here, because of the ticks.

Memory has failed to produce the details of a performance I organised many years ago of a young man playing Rimsky Korsakov's "The flight of the bumblebee" on a guitar. He began by saying " This is quite difficult"

I notice that spellcheck turned "Shibe" into "Shine," and my aging eyes didn't catch it. Let's hope this time the name of this young phenomenon comes out right!

I felt that way before this, too, Sue. BTW pronunciation is like 'Sheeba', and he certainly has sheen as well as much else besides.

Do you walk on cleared paths? I used to exercise self and dog when we were housesitting in Herefordshire, and he got a tick on his eye. A friend's son elsewhere went undiagnosed with Lyme's Disease for years - the first test showed nothing; eventually they sent off to America for another, and that's what he had, by which time it had wrought terrible damage. My godson and his cousins all did a big triathlon to raise funds for research. Dear Alexander is a terrible swimmer and was 20 minutes behind the others, but he was first in the cycle stretch and ploughed bravely on. A hero in my eyes.

David, haven't I played you the Bumblebee of the Osipov Balalaika Orchestra? Now that's quite a fear of precision... Sure it would prove no problem to Mr Shibe, whose Bach was deep and crisp and even.

Terrible about your friend's son. Yes, we walk only well-cleared paths here. That's why the Rail Trail is such a blessing.

I gather that where there are deer, there are ticks. Maybe we should be more careful even here. Presumably long trousers and long shirt-sleeves would protect against?