Once more into the flames with Wotan 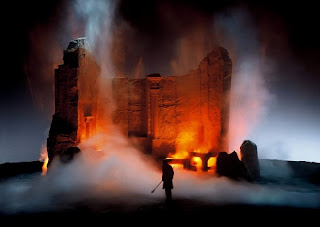 I did it - sent Brünnhilde to sleep on the rock surrounded by fire after nearly 20 hours of lectures and screenings for the Wagner Society of Scotland at crumbling but magnificent Gartmore House in the Trossachs near Stirling. For that greatest of final scenes - possibly the richest in all opera - it had to be Donald McIntyre (pictured above) and Gwyneth Jones within the surprising glow of Boulez's interpretation  and Patrice Chéreau's lacerating direction. Die Walküre is the most flawless of his four Ring stagings, starting with pure heat between the best-looking Volsung twins you'll ever see on a stage (Peter Hoffmann and Jeanine Altmeyer; Kaufmann and Westbroek, looking too glossy in Lepage's Met production, don't begin to compare, even though they're second best). 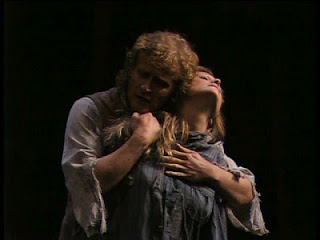 Steeped as I was in Bartók quartets, having finished off the last of the notes for the LSO St Luke's series just before I took the train for Scotland, I wondered if I'd get back into the Wagner world mentally and emotionally. It only took a class... And this year's group, with many faces from last year, was a joy, constantly enquiring and giving back a great deal in their comments - starting with stalwart Joy Millar, who after I'd played Goodall's Sadler's Wells recording of Siegfried's Funeral March (to set up all the Volsung themes) told me that she and friends had arranged to take the first trombonist on that recording to Bayreuth this summer, since he'd never been.

I had a prime view over the grounds from my three-windowed room. Each morning was different, and somehow chimed with Wagner's nature-pictures (how much more so will that be the case when we go into the woods with Siegfried next September). Following on from my end-of-August sojourn in Edinburgh, the Borders and Perthshire/Fife, it was HOT again for the first two days. Morning mists set up the magic 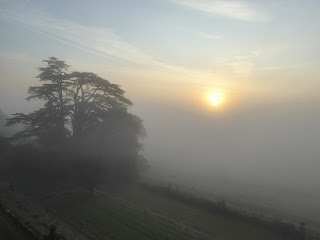 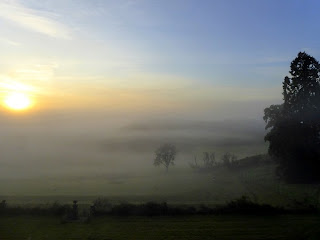 and after breakfast, with 10 minutes to go to the first lecture of the day at 9.15am (ouch!), had withdrawn to this: 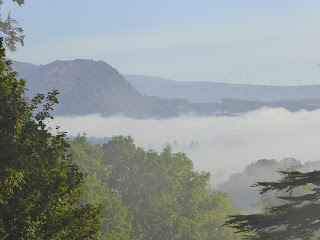 We were prepared for rain on the Sunday, but that meant red sky in the morning, a very different and equally captivating scene. 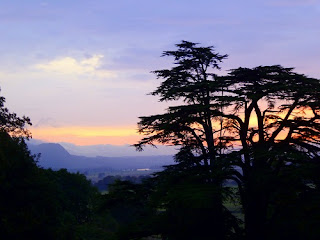 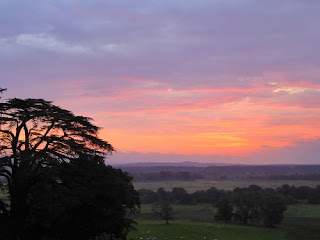 And the Trossachs in the wet have their magic too (Monday morning, just before leaving). 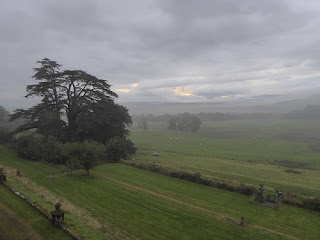 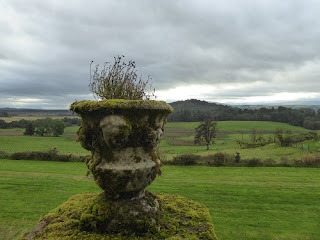 Back in town, Hunding's Watch from Götterdämmerung was the last thing I expected in a charity gala to raise funds for St John's Smith Square in peril. I'll say we got our moneysworth in a stocking full of plums, outstandingly so from my New Best Friend Anush Hovhannisyan and true mezzo-contralto Angharad Lyddon (idiomatic in French songs and arias). Sir John Tomlinson had to, shall we say, crank up his vintage bass to Liza Lehman's 'Myself When Young' in the first half, but the beginning of the second was somewhat more idiomatic, and inky-black scary as one would expect from one of the finest Hagens probably ever. Malcolm Martineau intensified the atmosphere: boy, did he need to be versatile that night. 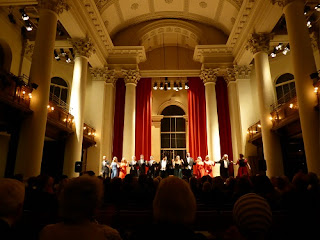 Dame Felicity Lott only had to extend an arm to exude her natural charm duetting with JT in a nicely pitched 'I Remember It Well', and the evening ended officially with the bass previewing his Mikado, which will be a star attraction of ENO's umpteenth Miller revival. Here are the golden oldies with Anush. 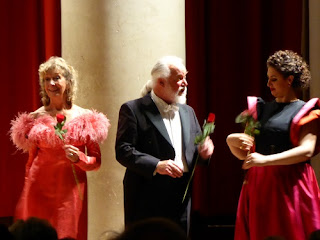 The laurels of the new season so far seem to have been going not to ENO, with fell reports of its first two Orpheus productions, but to English Touring Opera. As I'm spending two Mondays of my Opera in Depth class on it, I had to catch the second Hackney Empire performance last night of The Silver Lake, Kurt Weill's third collaboration with George Kaiser - not quite a Brecht, to put it mildly. The 'singspiel', originally four hours text to 85 minutes' music, didn't work, and even in a better production than James Conway's, which made the mistake of going back to Brechtian Verfremdunseffekt with way too many banners and placards, I don't think one would be totally gripped. In that respect, I'm in agreement with Boyd Tonkin, who went to see it with proper consideration, as always, while I was heading back from Estonia, and wrote it up for us on The Arts Desk. Production images by Richard Hubert Smith. 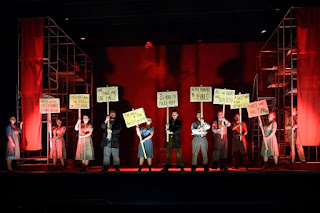 Weill's music, though, is uniformly magnificent, and I guess he sussed that, Nazi ban or not, the score wasn't going to take hold, and repackaged a lot of the style and substance into an unquestionable masterpiece, The Seven Deadly Sins. 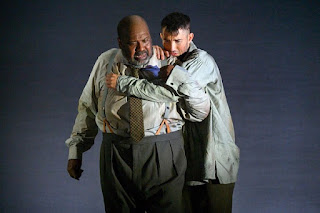 Even so, there are quite a few numbers which are very much sui generis, and they were all well delivered by a uniformly strong cast including three very different tenors (David Webb as Severin, Ronald Samm as alter ego Olim, pictured above, and James Kryshaw, a Jimmy Mahoney in the making, surely, doubling Lottery Agent, pictured below, and corrupt Baron). 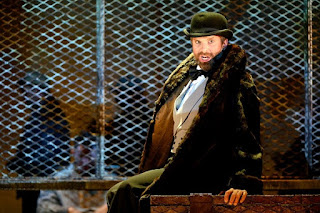 Amazing results, too, from the small orchestra under a master of this music, James Holmes, with special credit to the first trumpet (Ruth Ross, I think). Thanks at least for the opportunity, ETO.
Posted by David at 15:46

From Wagner to Weill is quite a journey. Those lovely mists do indeed seem to capture a Wagnerian mood. The last, by the way, with the mists withdrawing into the hillside, is something we often see out our front windows. Always magical when it occurs, and your photograph captures the feel of it so well.

Curiously, Wagner and Brecht/Weill as well as Kaiser/Weill share a use of mythmaking to point out sagas of greed. Brecht stands apart because there's no optimism at the end of it all (Wagner's Ring text may be final but the music is not, at the end).

Lucky you. I guess you are more intensely into Autumn over there - I only really felt it (3 degrees and even a bit of snow) in Tallinn last week, though it looked beautiful and one realised how green are the surrounds of the old town.