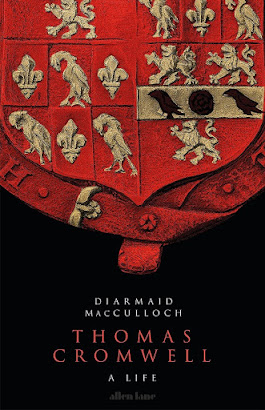 Hilary Mantel's The Mirror and the Light, resplendent conclusion to the Wolf Hall trilogy, was the perfect long, slow read during the early days of lockdown, requiring absolute concentration but never in a bad way. Turning to Diarmaid MacCulloch's Thomas Cromwell: A Life meant an even slower read which took so much longer than I'd anticipated. Unversed in reading detailed, heavily footnoted historical biographies - even though I've written the first volume of a musical one myself - I'd usually manage a few pages at bedtime before falling asleep. 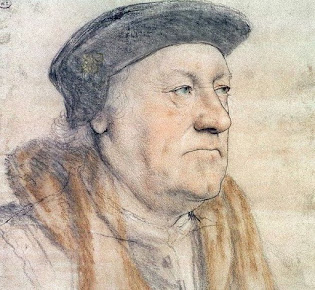 So months passed, I eventually started skim-reading the more earthbound pages dealing with parliamentary bills, and of course it all livened up again towards the end. None of the earlier tedium is MacCulloch's fault, since his style is clear and often lively, not without wit. It's just that as an historian, he has to justify the fruits of his research. And no doubt many of Cromwell's bureaucratic duties were dull. Where MacCulloch excels is in underlining his role in the Reformation, the far-reaching effects of his careful leaguing with what is called here the 'Evangelical' cause (previously a perjorative term in my books). And the surreal co-existence of sober normality with the hideous consequences of religious differences is even more marked here than in Mantel's novels. MacCulloch also throws into sharper relief the greed of Cromwell and the nobility which he eventually joined for acquiring estates, a primary factor in the Dissolution of the Monasteries - the overall complexity of which is well covered, too - and the sheer nepotism exemplified by teenage son Gregory's elevation (what was that sexual indiscretion which had to be hushed up, shortly before Cromwell's demise?) 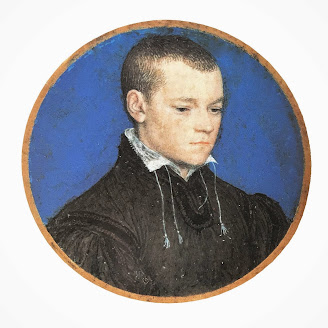 Even if you don't feel the need to acquire this 'life' to amplify Mantel's novels of genius, the final chapter, 'Futures', is essential reading. It underlines the endless capriciousness of Henry VIII, how in a matter of months he might have pardoned his Lord Privy Seal. Certainly, despite a spate of other immediate executions, the reactionary coup which saw Cromwell's demise did not mean an end to the fantastical balancing act of evangelicals and traditionalists. Nor was the family disgraced, as Anne Boleyn's had been; Gregory became a Baron, and others in Cromwell's retinue did well - was this a result of the king's guilty conscience? Most fascinating as a tale of survival is the (eventually) twice-widowed Elizabeth Seymour, an Ughtred, then a Cromwell, and finally Paulet: a biography of how she kept her wits about her over decades would surely make a good read. I should only add that MacCulloch's biography is a joy to handle and beautifully illustrated. 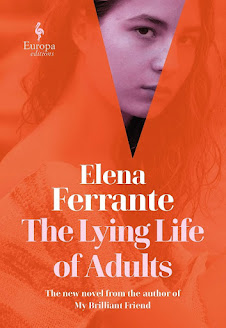 Though I moved a little faster through the last one hundred pages, I felt released from captivity when I could finally turn to the proof of Elena Ferrante's latest, due to be published in its English translation in September as The Lying Life of Adults. My lips are not so far sealed that I can't declare it as much a masterpiece as its predecessors (and anyway, it's been around in Italian for some time, though my reading abilities would not have been up to that, to say the least). Then it was on to Alberto Moravia, having discovered the equally great writer to whom he was married for 20 years, Elsa Morante, through Ferrante, and The Conformist.

What a compelling style, in Angus Davidson's English translation, ruthless in its uncovering of self-deception and the character-study of a repressed melancholic - ill, as an observant antagonist observes, with the symptom of austerity, who seems incapable of entirely getting to the truth of what he was and is. The curious mix of solid reality and almost surreal flights of plot development creates a unique type of dream-novel. Marcello, so desperate to seem conventional following a traumatic childhood encounter with a pedophile who may have detected his own sexual longings, yet psychologically unsuited to his role as Fascist functionary ('he was quite aware that, amongst the many possible standards of behaviour, he had not chosen the Christian standard which forbids man to kill, but another, entirely different one, political and of recent introduction, which had no objection to bloodshed'). 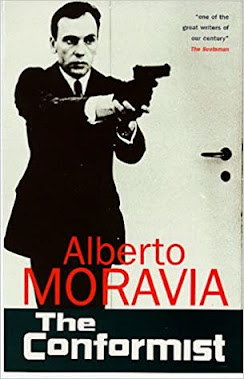 You can't hate the protagonist; you're fascinated, horrified at times but spellbound, and that's part of the page-turner quality in which Moravia excels. I haven't seen the Bertolucci film, but I'm grateful for its existence, which would probably not have come into being for English-speaking readers without the long out-of-print Prion Film Ink series in which this translation was included.

David, Very Interesting...It was a nasty period in history.. ONE shall miss the comments of Mr David Damant about your blog.

Don't think I'm neglecting to write about the sudden death of our dear friend, whom so many readers will miss (though not half as much as we will). I just need to find the right words and images.

NOW is a nasty period in history too - though, in this country at least, without the sudden despatch of anyone of whom the leaders don't approve. What a whimsical monster was HVIII - imagine the capricious stupidity of the Borump in that context.

Always interesting to get a report of your current reading. Glad to have a bit of the "blanks" filled in the last volume of the Mantel trilogy from your report on the Cromwell biography, and to be reminded of Moravia's The Conformist, which I have added to my too-long list of books to read. I know what you mean about reading a big biography. I took on David Blight's excellent, illuminating biography of Frederick Douglass recently, and that took me quite a while. I followed it with "The Warmth of Other Suns," by Isabel Wilkerson, about the Great Migration (of African Americans from South to North after the collapse of post Civil War Reconstruction). That turned out to be a page-turner--she's a marvelous storyteller, herself a child of parents who made their way North, and used as her frame the stories of three others who made the journey. Just fascinating, if you're in the least interested in the topic. After several false starts with various novels, I've most recently been reading, in library loan ebook form, Strange Hauntings (nonfiction), about 5 women who, at various times, lived on Mecklenburg Square. I enjoyed the author's set-up, but I only found the first "bio," about H.D., of middling interest. I may ditch it for a while, as the local library (which, hooray, is open again), has alerted me that a mystery I had on order, Blanche on the Lam, has just come in. (I'm always happier reading a "hard copy" over an "ebook.") Reading is a found-again refuge during these fraught times, though I would be better served if I did not so often start reading at bedtime!

Always inspired by top recommendations, and 'The Warmth of Other Suns' is on the list. First I have some wading to do for Arts Desk reviews - just got Alex Ross's 'Wagnermania,' and a bit more excited by a new study of Ravenna. Just finished Isabella Tree's 'Wilding', revelatory, on what happened when she and her husband turned a big farm in Sussex over to natural development.