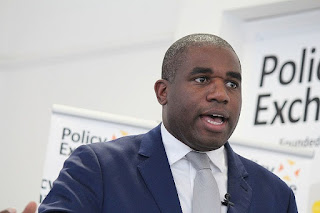 I've never signed up to Facebook or Twitter. But I did start posting and commenting on LinkedIn some years back, chiefly because I was hoping to read a single concrete reason from a Brexiter about why leaving the EU might be a good thing. I never found one. A few folk were civil enough in their delusions, but the majority turned abusive/ad hominem after a comment of two.

Certainly I've met some fine people on LI, and also used it as a shop window for my work. Now I'm stepping back simply because the system of reporting outrageous violations of the site's code of conduct isn't working. Nine times out of ten, you get the response below. This is, more or less verbatim, what I last posted there.

Dear David
You are doing the right thing but we will miss you.
I wish we could do a tv programme like Panorama on what are the factors that enable Facebook, Twitter and LinkedIn to decide what counts as abuse, racism etc... it is so topsy turvey.

Thanks, both - I can still look in and continue to learn from your respective wisdoms - Antoinette, I've learnt so much about the environment from you and others. I just need peace of mind from the injustice of it all. People think I'm giving in to the racists etc, whereas I'm just waiting for proper action from LI.

There have been various programmes and documentaries on all this, and of course nearly all of it comes down to profits over morals. I wonder how LI rates compared to the Big Ones - many folk don't seem to know of the existence of its comments side.

Social media is not real, if you have any sense, but it is a good place to network and meet some really interesting people.... and understand why others do not function properly; why they conform; why they fail to see the picture as a whole.
The most useful conversations happen offline, when people come together to organise.
Brexit was just the greed of a few entitled, damaged, men; who were happy to use any means to manipulate the masses. Such is the wisdom of psychopaths (Dutton)
Keep in touch!

We going to Miss you Mr David
Thinking about you always

Linked In is in the business of selling eyeballs. This is their business model. Moderation is mostly automated. There are no human beings behind these responses. The answers you get come from an algorithm. Offensive post generate eyeballs for advertisers and dollars for LinkedIn.

LinkedIn and Microsoft are racist and also push the global agenda (re medical treatment, population control). Facebook and Wikipedia are also utilized to squash the freedoms of many people (I was blocked by Wikipedia on a few occasions for years, for simply correcting racist, sexist, anti-Native American articles). There are global agendas at work and the elite don't want freedom seekers to resist. There seems to be no entity protecting us from the billionaire bullies. Not ICANN, not UN, not NAACP, no one other than us!

Always difficult to separate truth from reality. I'm more convinced by Larry than Anon. Lumbuye, I've meesaged you on the private part of Linked(n. I'll continue to drop in.

Oh, and Charlotte, yes, I've been so pleased to meet so many interesting people and am wondering about how to sustain those conversations.

We will definitely miss you David.
This is all so disappointing about LinkedIn, which profiles itself as a tool for professionals, but fails to intervene when it is about essential values.

Agreed, it's unprofessional not to deal with the trolls, bots and haters.