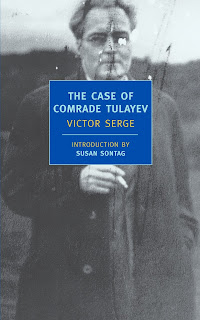 None could be more authentic than Victor Serge's The Case of Comrade Tulayev; he lived through the earlier waves of eliminations and was imprisoned/exiled himself before French connections got him released in 1936, of all years. But a great chronicler of his times - chiefly in Memoirs of a Revolutionary, through which I introduced my first acquaintance with this literary giant and attempted to provide a potted biography - might not be guaranteed to be a great imaginative novelist. Serge undoubedly is, and in her introduction to this New York Review of Books edition (thanks to the imprint for so many discoveries), Susan Sontag explains why, in a series of questions followed by eloquently argued sentences, Serge has missed the 'master' status he deserves. Born in Belgium of Russian anti-Tsarists in exile, 'no country can fully claim him', and no 'national literature' either; he was hyperproductive, and people are suspicious of that; 'most of what he wrote does not belong to literature', and what does has been 'politicised' as a 'moral achievement'; his life was full of dualities; an embattled revolutionary to the last, he 'refused to take on the expected cargo of melancholy'. 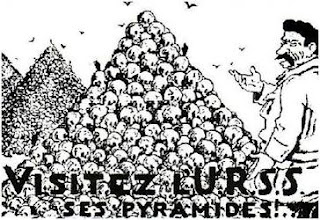 Indeed - necessarily dark, even black as hell, as The Case of Comrade Tulayev undoubtedly is, it's constantly lit up by a cosmic perspective. The very first chapter echoes War and Peace with the title 'comets are born at night'; three members of the old guard meet in a snowy wood outside Moscow, knowing that they won't see each other again and so alive to the strange beauty around them; and in the most amazing chapter, for me, of all, 'the brink of nothing', the only one of the fall-guys to meet a triumphant fate of sorts (it is not survival) is seen at one with his overseer among a small population of Ostiaks and Old Believers at what is constantly depicted as the end of the world. He transcends fear and sees that one of his persecutors will become one of the next victims. This is prose of the highest, most poetic order, in Willard R Trask's translation from the French. 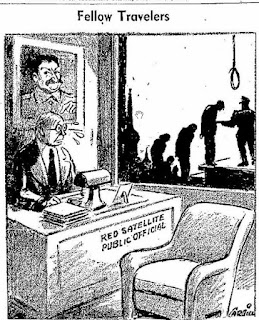 The structure of the novel is an original polyphony of voices. It both is and isn't about the fallout from the random assassination of Kirov in 1934; the height of the Terror, which fell three years later, is past and we start in 1939, end on the brink of the German invasion. Scapegoats from the not-yet-wiped-out first and second wave of revolutionaries must be wiped out. their individual fates are taken in turn. Stalin appears throught as 'the Chief'.

All the major figures are political ones, so the sweep of the Terror isn't the subject of the book. I thought it coincided well enough, though, with the near-misses that Shostakovich and Prokofiev had in the second half of the 1930s, so I urged the students on the third of my Russian music Zoom terms to read both the autobiography and the novel. We were so privileged that Elizabeth Wilson, author of the best book on Shostakovich, joined us for the class dealing with the formation of the Association of Soviet Musicians in 1932 and the Pravda attack on Lady Macbeth of Mtsensk in 1936, with the opera and the Fourth Symphony as the main musical focuses. I like to think that Liza and I are good friends now, so the exchanges were relaxed, but she is rigorous with the facts and shed some new light on the interrogation of Shostakovich which is the main subject of Julian Barnes's The Music of Time, on which she advised. That's Liza top far right in the screenshot below. I've lopped off the bottom of the screen because it had the time bar over the five folk there, and there are more on two other screens who only feature when they pop up to ask a question or make an observation.

Term is coming to an end with the music of the war years this coming Thursday, and the bleak time between 1948 and 1953 in the last class. For the Opera in Depth classes, we've gone from the heights of Fidelio/Leonore - and a marvellous finale which featured Linda Esther Gray, Mark Wigglesworth and Ian Page - to the depraved depths of Prokofiev's The Fiery Angel (three more classes left). Then I want to offer a double one-off, as it were, with two classes on Prokofiev's War and Peace on Thursdays 18 and 25 March, 2.30pm-4.30pm UK time: anyone interested, just leave a message here with your email and I won't publish it, but I'll reply.

I've ordered a copy of The Case of Comrade Tulayev.

By coincidence, on Sunday evening I finished reading Andrei Makine's novella A Life's Music. Makine, born 10 years after Sergew's death, chronincles the life of a pianist from the purges, through the war when he assumes the identity of a dead soldier to escape the fate of his parents, and very briefly refers to his post-war life in the gulag and post-imprisonment Taiga arctic forest. Like Serge, Makine writes in French, after defecting from the Soviet Union in its dying days. Like Solzhenitsin, he dislikes capitalism and post-communist Russia. Beautifully written, and translated by Geoffrey Strachan.

This slim volume is now ready for a good home! May I send it to you?

How incredibly kind, Robin: if you're happy to part with it, even if only for a while, then yes, please. Makine has been on my to-read list for too long. He would go on the shelves between Jonathan Littell's brave but over-researched The Kindly Ones and Curzio Malaparte's semi-fictional autobiographical writings on life on the eastern front.

I began reading it two nights ago and am halfway through it. It is sharing reading time with William Dalrymple's The Anarchy. Neither one light reading but both fascinating. For such a dark subject the language of the Serge is stunning. As always dear heart you open my eyes - and ears - to so many new things.

I'm delighted! There's so much poetry in there. Now some way in to Vasily Grossman's 'Stalingrad' - he is Serge's natural heir in that he takes us on to the Great Patriotic War itself. The second volume, 'Life and Fate', is more untrammelled (it was written after the death of Stslin), but this first is vital, too. And it's well complemented by his writings as a journalist at the various fronts.