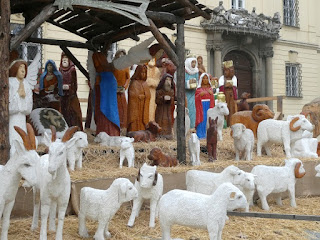 On 1 December, having just returned from an exhilarating weekend seeing two productions by the opera/theatre director I consider one of the most visionary in the world, Jiří Heřman, and steeped in the spirit of a very Czech advent weekend in Brno's centre, I thought I'd mark each December day up to Christmas with an image on LinkedIn from that glorious city. Now that I've reached a dozen, I'll be reverting to London and Dublin, but I thought I might preserve the dozen here. I started above with the big wooden crib outside the New Town Hall. I'll use the original captions for the rest. 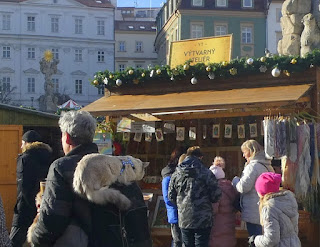 2: the people of Czechia's second biggest city love their animals. Dogs everywhere, but in the Zelný trh (which translates inelegantly as 'Vegetable Market', literally 'green', now given over to Xmas stalls) I also saw a gentleman with two cats - a Persian on his back, another in a basket. He eventually set them down to have a stroll around - the crowds parted and looked on in amusement. 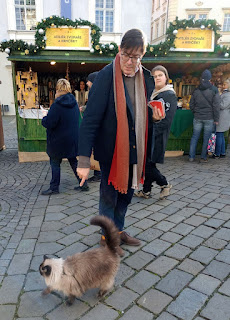 This, by the way, was at the start of a very lovely Sunday spent with friend and Opera in Depth Zoom class student Barbara, who came up on the train from Bratislava. I've added one here above she took of my trying to talk to the unbiddable Persian. Another friend, Juliet, will be amused, because this cat was the spit of one looked after in Jerusalem when she and her partner Rory were there, name of Zorah, always addressed with 'so naughty!' 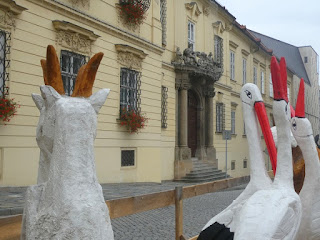 3:  back to the wooden-figure crib in front of the New Town Hall. Walk behind and you'll be rewarded with these splendid goats (?) and storks. 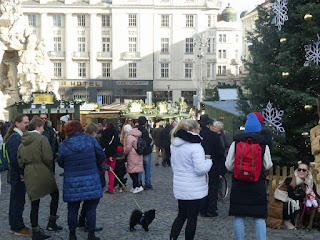 4: more hustle and bustle in Zelný trh, and this time from cats to dogs, which the citizens walk around the centre in large numbers. Note the eyeing up of the wee black creature by the canine on the right. 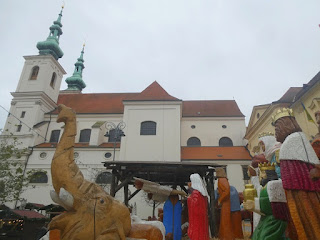 5: third shot of the wooden Nativity - elephant's eye view, looking across to church of St. Michael. 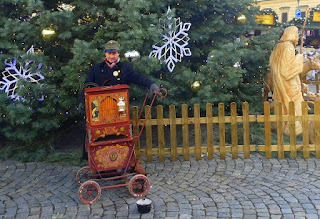 6: barrel organ player in Zelný trh. I remember being struck by the quaint sounds around the streets on my previous visit - a very characterful fellow used to turn the wheel outside the Jesuit Church. 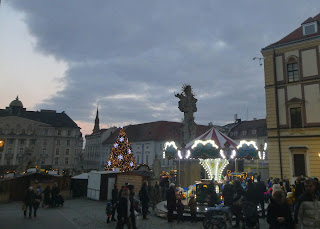 7: returning to Zelný trh after a walk with Barbara to the Augustinian abbey where Janáček received his schooling - covered in a previous post here -  and Mendel made his discoveries (and excellent duck and cabbage pancakes at Skanseen). 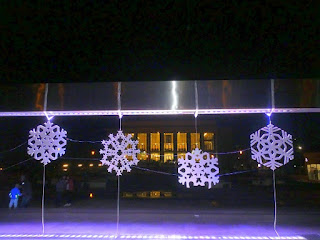 8: the rainbow light shimmer in front of the National (Janáček) Theatre, stunningly renovated, has been temporarily replaced by snowflakes. Walking back after Heřman's sunning production of 'From the House of the Dead/Glagolitic Mass', which I urge you to watch for free on OperaVision. 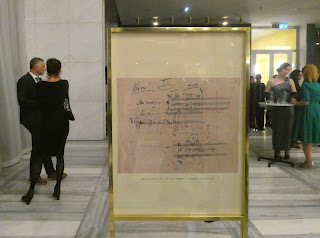 I can take another diversion from the advent 12 just to show you one stand of the exhibition in the foyer relating to both works, taking in some of the audience looks at the same time. 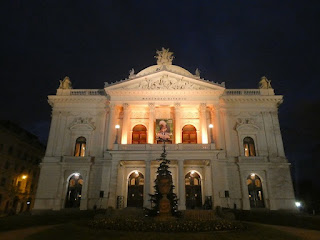 9:  the beautifully-proportioned Mahen Theatre = 140 years old, recently refurbished and still playing host to smaller-scale National Theatre productions - is where all Janáček's late operas were first performed. Nicky Spence's performance with Julius Drake of The Diary of One Who Disappeared was a highlight of this year's Janáček Festival. 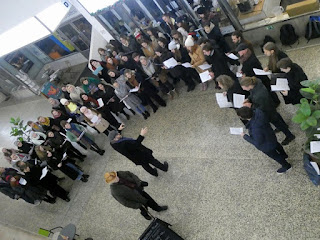 10: expert choral sounds emerged from a small 1931 shopping precinct as I walked towards the National Theatre for a performance of Nabucco. These young people were rehearsing with their choir master - superb. Music is everywhere in Brno. 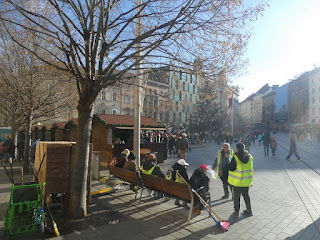 11: street cleaners taking a break in Náměstí Svobody, Freedom Place, known affectionately as Svoboďák. The Christmas tree here springs from a tradition established by the writer Rudolf Těsnohlídek, of Cunning Little Vixen fame, and a rather extraordinary story of a baby girl he found in the woods which led to the founding of a strikingy designed children's home. Full details here: https://lnkd.in/ecadynam 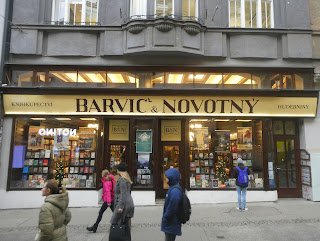 I found another edition of Těsnohlídek's novelized Vixen, complete with Stanislav Lolek's charming illustrations in the original newspaper serialisation, in Brno's No. 1 bookshop, Janáček ordered up his music here. 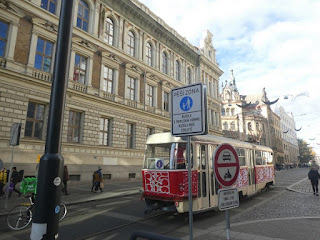 12:  this very short tram which travels the centre is so beautifully lit up for Xmas - I'm afraid I didn't snap it twinkling in the dark, but you get the gist. Images 13-25 will first return us to London, then move on to more shining lights in Dubin.

Previous posts on Janáček in Brno here, the city's churches here and its amazing functional 1920s and 30s architecture here. My last article on the big city festival is here on theartsdesk. Post on the latest operatic experiences due there soon.

Wonderful report and lovely photos, too. Always a delight to see you in the photos, over the miles between here and there. May you and J have a grand holiday season!

You and J too...I've been lucky to get to Brno and Dublin before hunkering down in London for at least the next six weeks.