Bergman on holiness, music and death 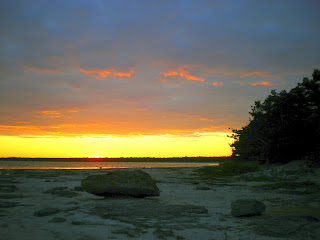 I originally posted this, which because of what the master says is one of the most important entries here to me - as is my Fårö report with respect to The Arts Desk - eight years ago, on 16 July 2010. The actual 100th anniversary, 14 July, almost passed me by yesterday- it was only because there seemed to be so many Ingmar clips up on LinkedIn that my memory was revived. Happy to reproduce this again, because I still find IB's words intensely moving.

Not a day passed when the master didn't think of all three [holiness, music and death]. So it was quite an experience after the visit (hopefully numinous images from which I reproduce throughout) to return to Bergman on Fårö, one of the five detailed films Marie Nyreröd made with him at the very end of his life, and find that he had whittled down his often unruly thoughts to essentials. No doubt his 'demon of control', as he put it, made sure what went alongside the interviews in terms of film clips, how he was filmed and where; and why not? 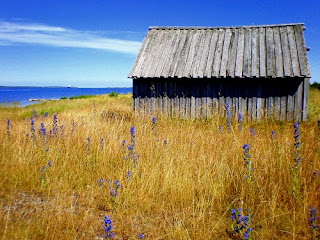 The first chunk is from when he takes Nyreröd into that wonderful little cinema at Dämba and shows her and us a very specific clip, from Private Confessions (1996). This is Max von Sydow's Bishop Jakob being asked by Pernilla Ostergren's character whether he believe in God. His answer:

Don't use the word 'God'. Say 'holiness'. There's holiness in everyone. Human holiness. Everything else is attributes, disguise - manifestation and trickery. You can never capture or figure out human holiness. At the same time, it's something to cling to. Something tangible, lasting unto death. [Bach's 'Jesu, joy of man's desiring' is heard] Whatever happens then is hidden from us. Only poets, musicians and saints may depict that which we can but discern: the inconceivable. They've seen, known, understood - not fully, but in fragments. For me, it's a comfort to think about human holiness.

The projectionist stops the film. Bergman turns to Nyreröd and adds his commentary:

We've been talking a lot about the religious aspects of my oeuvre. And really we should try to concentrate it, and instead of our sitting stammering through an explanation, I think the Bishop here has put it succinctly. He says exactly what I feel: that we shouldn't talk about God but about the holiness within man. And that through the musicians, the prophets and the saints, we've been enlightened about other worlds. Particularly through music, of course. We ask: 'where does music come from?' I've asked so many musicians, famous and less famous, why we have music, where it comes from. And the strange thing is that they've never had a proper answer.

The film cuts to Bergman putting a recording of the Sarabande from Bach's Fifth Cello Suite on the turntable at Hammars.

Let's cut ourselves to the final question. 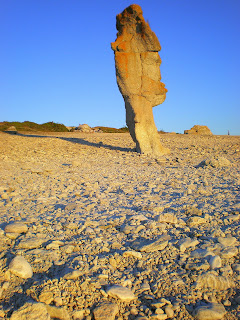 I wrote a film about death...The Seventh Seal. It was excellent therapy. Sometimes the things you do, the things you write, can be therapeutic. And this was. [sighs] But then something curious happened. What happened was that I developed an abscess with early signs of blood poisoning and the swelling had to be cut away. That was done at the Sophiahemmet Hospital [in Stockholm, where he had lived as a child]. I felt a little prick and then nothing. Eight hours of my life, you see, were completely obliterated. I was hypersensitive to the anesthetic and they'd given me too much. This fascinated me because I thought, 'is this what death is like?'. You are a light that's lit, and then one day it's extinguished. There's nothing, no flame left. So death is nothing to be afraid of. It's something exceedingly merciful, something magnificent. 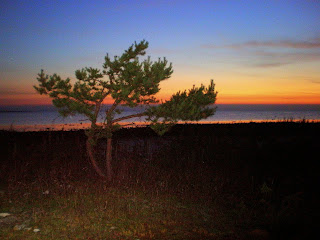 So having understood that, I lived a contented life. I noticed that my daily thoughts of death could be brushed aside. They always came, especially during my hour of the wolf just before dawn, but I could dismiss them by telling myself they were nothing. From being something, suddenly I'm nothing. I liked the idea. And then came [sighs, trembles] - the big problem. The devastating problem. That was when Ingrid [his last wife of 24 years] died almost exactly eight years ago. 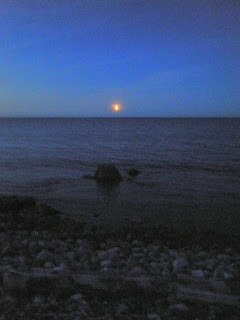 And logically, I said to myself, I'll never see Ingrid again. She's gone for ever. But the strange thing is that I feel Ingrid's presence, especially here on Fårö. Acutely. And I think, I can't feel her presence if she doesn't exist, can I? [rubs his left eye nervously] So this operation was a chemical reaction. It wasn't a real death, but an artificial reaction. In actual death, maybe Ingrid is waiting for me and she exists. And she'll come to meet me [the film cuts to an essential monologue from Bergman's last film, Saraband] I accept that I'm going to meet Ingrid, and I've completely erased that other nightmare thought that I'll never again meet her. I acknowledge the fact that I'm going to meet Ingrid.

Ingmar Bergman was born in Uppsala 92 years and two days ago*, and died on Fårö on 30 July 2007, four years after these films were made.

*100 years ago yesterday as far as the update is concerned.
Posted by David at 09:17

How marvellous, to be given so many glimpses of the private man - an idea of the engine that drove the art, as it were. Thank you for writing about your experiences for the rest of us to enjoy.

Thanks, Minnie. Somehow this one is of the greatest importance to me, though I don't expect many comments - what's to add?

I can well understand the degree of importance to you. The lack of comments is doubtless due to the comprehensive nature of the coverage - a 'thank you' suffices. Still, am disgracefully envious of your trip!