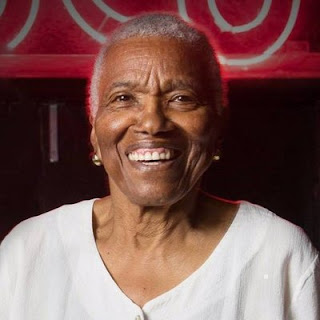 I'd never heard of her until I watched a wonderful documentary on Netflix last week. Why is this truly great human being not world famous? Is there still a hangover from the fact that she started out with four disadvantages: being poor, black, gay and a woman? In a sense, she's a paradigm of the wonders you can achieve on a local scale. In 1973 she opened the first nightclub in Los Angeles that welcomed people of colour as well as gays (and, this is the point, everyone else. This was an all-inclusive venture, and even the straight celebrities who frequented it in the 1980s felt it was a place where they could just dance away without feeling watched). 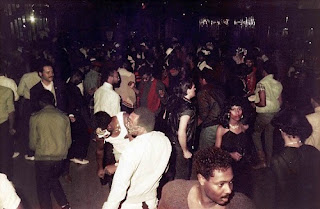 Catch One ran for 42 years, weathering the hostility of the police, the AIDS crisis (in which the club clientele was decimated by about 50 per cent), an arson attack which destroyed half the building... It was a haven for gay people who'd been rejected by their families in the AIDS era and young people who had thought of suicide in their isolation; it continued to nourish the area. Only when, in her mid-70s, Jewel - if I may so refer to her throughout - decided she was ready to take a different personal journey, as she puts it, did she finally say farewell. 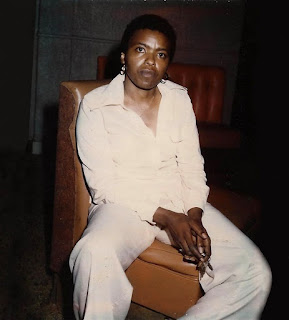 There's a fine joint interview with Jewel and the maker of the documentary, C. Fitz, here (I've also taken the liberty of using several photos the article describes as given by permission of JTW, making the assumption that she'd be happy for them to appear again here). I'll leave it to do most of the talking and the detail, except to add what our heroine has to say about how the tree of Catch One sent out vital saplings:

When the AIDS crisis came along, another purpose was added. From that, the Minority AIDS Project came out of the Unity Fellowship of Christ Church. And later, Rue’s House was born [taking the name of Jewel's lovely wife], which was a home for [mothers and] children with AIDS. What the Catch afforded me personally was the ability to do all these other service things I wanted to do. If that wasn’t there, I couldn’t do what was in my heart, which was to serve the community.

What's left is also the Village Health Foundation, a clinic offering acupuncture, vitamin supplements, herbal remedies and general health advice to everyone in the community - they pay what they can, even if it's only two lemons (Jewel has an MSc in traditional Chinese medicine as well as a BA in History and Psychology from UCLA). And so we see the capacity for change in a district of a country which leaves it to grassroots activism. Now, watch the documentary. Here's the trailer.

We must all be grateful to film makers who shine a light on people like Jewel.

Absolutely. I do have to gripe, though, that the lowest ever number of hits for this post, so far at least, rather proves my thinking that people can't, or won't, admit more than one recent black American heroine into their pantheon. Maya Angelou has the stage to herself, sadly.