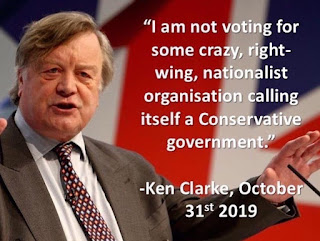 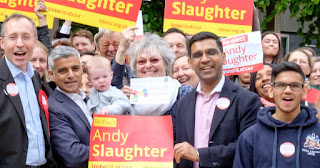 I voted LibDem this morning. All the three main parties have dreadful leaders.This is the result of the influence of the parties in the country. Boris is a maverick - as his house master at Eton is supposed to have said, Johnson believes that the rules do not apply to him. Jo Swinson is a non political girl - the LibDem party members can't stand coalitions, which is foolish of them if they want power, and I suppose they rejected Ed Davey as he was in the coalition with the Tories..... how immature,hopeless. The worst is Corbyn - the Labour MPs who are the group that know him would never have elected him as leader and as PM he would be embarrassing ( he cannot even run the party - come back Harold Wilson ! Imagine Damant saying that!). And his socialism has been proved a disaster by every country in the world including this one. So one must hope for a hung parliament which would give some hope of a second referndum, and would constrain Boris. But that may not be compatible with a collapse of the Labour vote which might get rid of Corbyn, with the happy return of New Labour.. And the fons et origo mali is the influence of the unbalanced and highly undesirable party faithful of all three parties

No, sir, Corbyn can never be the worst when a serial liar and profiteer stands a chance of ruining the country. As far as I can see, JC - whose havering about Brexit (he wants it, of course) I have found so maddening - has electioneered decently. If Labour doesn't get a majority - and the queues of young people make me begin to wonder if it just might - then he will have to go and with any luck Keir Starmer can take over. But please, Diana Ditch is so much worse than a maverick - he's a truly nasty piece of work, with a chamber of horrors full of equally horrible individuals. Jo Swinson and the Lib Dems have been a disappointment, and have not been truthful about Labour's chances in boroughs like Kensington where they've split the vote.

Given the choices, we hoped upon hope that Labour would pull this out. Like you, we don't forgive Corbyn his equivocation on Brexit, but Labour was nonetheless, to our minds and those of our family and friends across the pond, the sole sensible choice, given the givens.

Sending you and J best wishes for the holidays and all good thoughts in these terrible, perilous times.

(Sorry I've continued to be absent online. My laptop is on the verge of packing it in, so I'm not able to do much online. Off to the repair shop, again, when back in NYC next week.)

Thanks for your support, as ever, Sue. Having resigned ourselves to the fact that Corbyn would NOT take the bigger perspective and hand over leadership to someone who had less baggage, like Keir Starmer, we followed his campaign with hope and some admiration: his honesty stood out alongside Diana Ditch's lies, deceit and evasion. So now we know a majority really is dumb and venal in England. The Lib Dems' refusal to co-operate wih Labour (and vice versa) lost us Kensington (Kensington - with Grenfell Tower within its confines, and a previously very small Labour majority) and Chelsea, to name but two. They lied, too, about Labour having no chance in these boroughs. The only one to come out shining - and offering a refuge if it really does get so much worse - is Sturgeon in Scotland. I hope Jess Phillips becomes Labour leader: as a strong Remainer in an overwhelmingly pro-Leave constituency who retained her seat with a strong majority, she clearly represents the future there.

It's good to be limited online. Away from it all now, I'm going to try that up to a point.But I actually did value the solidarity of the echo-chamber on LinkedIn when Friday hit.

Alerted my J, and we will be keeping an eye out for Jess Phillips and knocking wood on that. While drawing comparisons cross-Atlantic is problematic, two things do seem at least somewhat parallel. First, Corbyn’s refusal to step aside in favor of a better leader to move Labour forward bears similarity to Sanders and his most virulent supporters (of which there are many) to step aside so Warren, who is showing the capacity to build a broader coalition, can have a clear shot the nomination. Second, though here it’s more candidates than parties that serve as spoilers, the Lib-Dems are appearing to function as a spoiler party, just tragic in these times. Yes, thank goodness for Sturgeon, and may she continue on strong.

She made a terrific speech in the Commons some months back, which should be on YouTube. The seniors' favourite, a woman with a double-barrelled surname, hasn't even appeared on my radar.

Yes, we are following along parallel lines. Needless to say, we're now getting the column inches filled about how Diana Ditch may be more moderate than she seems etc and that it may not be as bad...I bet you they will all be confounded. We jut have to hope one of his many misdemeanours comes back to haunt him.

The other evening I attended what could only be called a wake, for the local organisation that has campaigned for Remain. There were about 30 present and, as it turned out, mostly Labour, and some had been canvassing for Labour. In a pause in the conversation I asked publically a keen Labour supporter - she was I suppose about 40 or 45 - who she supported for leader. Starmer she replied without hesitation, and there were murmurs of agreement. The only qualification they added was that the leadership should not be a single person, rather two or three, and when I asked about the women candidates they said, as part of the leadership but with Starmer at the top. When I asked about Long-Bailey ( the left wing candidate) there were cries of NO. I was encouraged