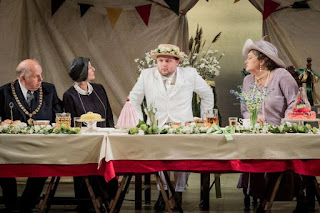 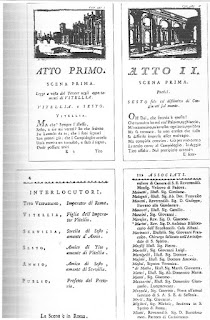 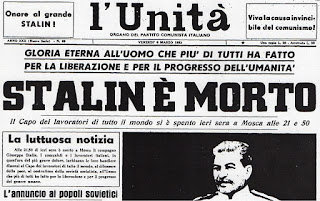 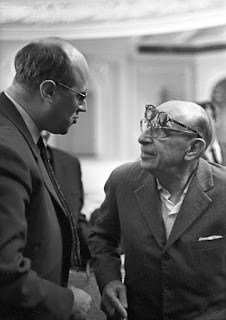 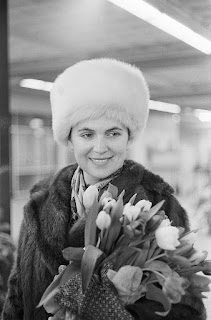 Time to consider those towering artists who offered such lifelines to composers in trouble, with special focus once more on Rostropovich, and this time investigating the special connections forged by his wife, soprano Galina Vishnevskaya (pictured above at Amsterdam's Schiphol Airport in 1963). Britten quickly became friends with the pair, and later with Shostakovich: we examine further links between the British and Russian composers.

I would be really interested in your class on the Russians from 1948. Please, give me the information so that I can pay.

I am aware, however, some of the other 'students' might not like someone from Czechia to be present at you zoom classes. Czechs are currently rather unpopular everywhere in Western Europe; more so in the UK (aka "Czech vermin"). (Even when I was helping to publish a book in England some time ago, I did so anonymously and the names of the Czech graphic designers are omitted in order not to mar it in the eyes of the British.)

So, I can fully understand if you do not want me to get in.