Update (10/5) - the Europe Day concert preview had to be temporarily removed yesterday, but here it is again, with a footnote to the effect that the quality of last night's playing, singing and the music itself - including the stunning new work by Matt Kaner - went deeper and higher than I could possibly have imagined. Everyone I spoke to was profoundly moved, and absolutely everything worked. More on that anon. Now, back to the original post.


For me, the moment when a tear came to the eye: Macron took to the podium to the strains of the European anthem, Beethoven's setting of Schiller's Ode to Joy in his Ninth Symphony. Tomorrow at the Europe Day concert in St John's Smith Square, we'll be standing for it with a special emotion. Happy to repeat this rather unusual arrangement by Andrew Manze when Rachel Podger led the European Union Baroque Orchestra - leaving its UK base thanks to Brexit - at last year's concert.


And I think the programme will please: on a theme of islands, since Malta holds the presidency at the moment. As well as a movement from the Malta Suite of Charles Camilleri, we'll be hearing island music from Mendelssohn (Overture The Hebrides), Mozart (two arias from Idomeneo), Nielsen (two songs from Springtime on Funen), Sibelius (five pieces from his incidental music to The Tempest), Bizet (the Act 2 Love Duet from The Pearl Fishers), Martinů (the final monologue from Ariane), Respighi ('The Birth of Venus' from the Trittico Botticelliano) and a new piece by composer Matt Kaner for violin and orchestra, Stranded. A truly European menu. 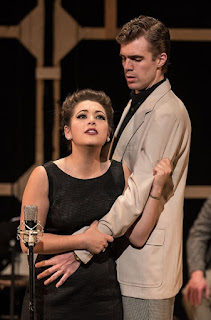 There are four splendid soloists - soprano Jennifer Davis and tenor Thomas Atkins from the Royal Opera's Jette Parker Young Artists Programme, Maltese soprano Nicola Said to reprise the Callas-alike Ariane she sang at the Guildhall last year (pictured above with Josep-Ramon Olivé as Thesée by Clive Barda) and the supremely cultured violinist Benjamin Baker. Jonathan Bloxham, currently assistant to Mirga Gražinytė-Tyla at the City of Birmingham Symphony Orchestra, conducts his Northern Chords Festival Orchestra. What can I add except to say that I'm very excited at the prospect. And in the meanwhile, it's Springtime for France (and thankfully not for Hitler, though Madame will still be causing trouble in the years to come). How better to mark it than with the beautiful paulownia tree outside La Cité metro a couple of weeks back? 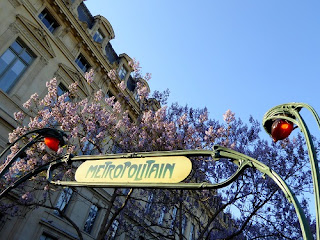 Meanwhile the stranded monsters gaping lie, but still capable of great harm. Their provenance is wittily suggested by this juxtaposition - by whom, I know not, but it attracted quite a bit of attention when I put it up on LinkedIn. Well done, whoever. 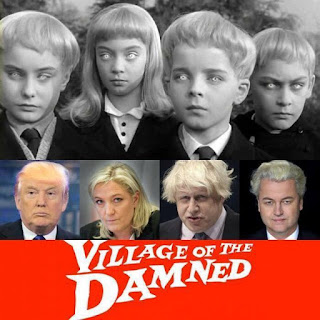 How I wish I could be there. It sounds like such a remarkable programme. Will there be a recording of any sort? Would love to hear the Ariane.

You'll get a copy of the recording when it's done. NB an excellent performance of Ariane on Supraphon, which I've referred to elsewhere on the blog, I think.

It was a truly wonderful and moving concert, culminating with the great Nicola Said singing 'je respire une dernière fois Avant d'avoir la force de te dire adieu... ' I was not the only one with tears in my eyes! and you said that you hadn't reflected that the choice of aria would be so fitting: she was singing not only for Theseus but for Europe... Well, a great programme, thank you.

Chere Sophie, I knew you would be emue par cela. Lots of things had resonances I hadn't quite expected. And the walkoff of violinist Ben Baker built into Stranded was a big surprise. Very deep and emotional, as I wrote above. Plenty of tears, apparently, in different places.

We thought of you both on reading the cheering news of Macron's victory and his choice of the Ode to Joy to mark the day. That the EU Day concert went well comes as no surprise, to say the least. I look forward to a chance to hear it on CD.

So wish you'd been there - I had no idea it would be quite so overwhelming. And programming is an interesting thing: it might work and paper but not in practice. This, however, worked even better than expected, with surprising undercurrents I hadn't thought of.