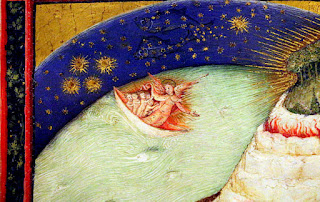 'Cantavi tutti insieme con una voce' - 'they were all singing together with one voice'; 'Quest'ultima preghiera, segnor caro, già non si fa per noi, ché non bisogna, ma per color che dietro a noi restaro' - 'this last prayer, dear Lord, we do not make for ourselves, since there is no need, but for those who have stayed behind'. Welcome to the shared experiences of Dante's Purgatorio. The singing souls in the boat with an 'angelic pilot,' steering with wings, and the proud who hope to be redeemed but are weighed down by stones on their shoulders share a selfless communion.

As our Dante to the Virgil of Dr Alessandro Scafi  at the Warburg Institute's free course on the Divina Commedia, Professor John Took, reminded us this week, 'no one in the Inferno says "this is for them," only "this is for me" ', and the only kind of association there is in implicating others in one's own catastrophe. 'There is no creative sharing in the Inferno'. 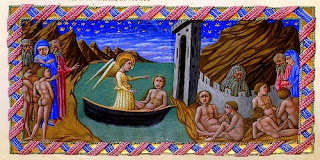 Yet somehow we shared Dante's horrified savour of being there - all those fascinating individuals cognisant of their guilt but unable to repent. In one of many surprising parallels with a very different text I'm working on with students in this term's Opera in Depth, Dostoyevsky's From the House of the Dead (or Notes from a Dead House, as the translation I'm now reading, that of Richard Pevear and Larissa Volokhonsky, has it), the author who shared the fates of the most hardened criminals in Siberia puts his finger on the plight of the damned in speaking of one of the other prisoners: 'he was fully aware that he had acted wrong...but though he knew it, he seemed quite unable to understand the real nature of his guilt'. 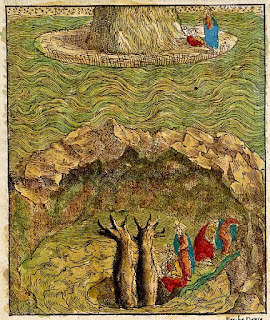 With Dante, one can take any number of variations on that theme, so superbly realised are the figures as dramatic characters, but it's such a relief to see the light as Dante and Virgil go through the centre of the earth and find themselves on the other side, in the Antipodes, with a different starscape. Canto 1 of Purgatorio dwells so loving on the beauty and wonder of the sky, and paints a landscape with rushes at the foot of the mountain to be climbed, 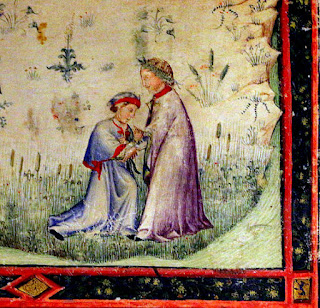 but in between we meet Cato, guardian of Purgatory, 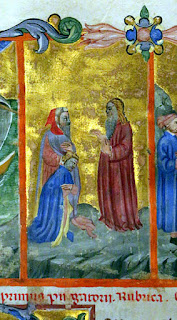 and in Canto 2, an even more 'real' personality - the composer Dante had known (and we don't, despite a 20th century namesake) whom he addresses so warmly as 'Casella mio'. 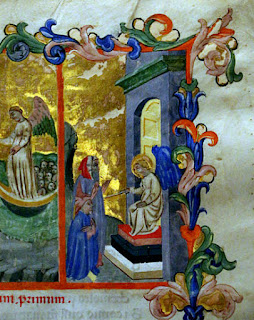 Yesterday evening produced an interesting contrast. On the one hand we had the bas-reliefs of humility on the terrace of Pride 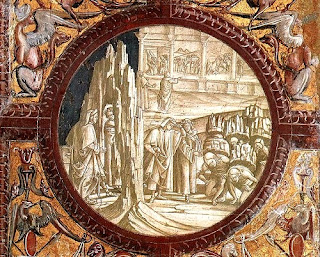 and its stone-laden incumbents delivering Dante's version of the Lord's Prayer, which Dr. Scafi had students read in Arabic, Mandarin, French and Spanish, a tribute to the insurance magnate Marco Besso who in 1908 produced a book with the same text in multiple languages; Dante provides a gloss within the poetry on the meaning of the text. 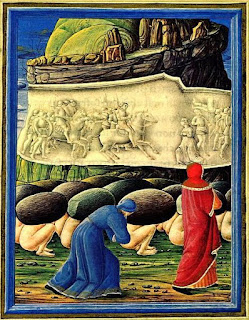 On the other we were back to living figures, as it were: Omberto Aldobrandesco, who wants to humble his earthly pride in family but can't resist rolling out the splendid name - as Dr Scafi did, with relish - and Oderisi, a leading manuscript illuminator. This leads Dante, through Oderisi, to a disquisition on the transience of fame both in art - Cimabue has already yielded first place to Giotto -  and in literature, 'one Guido', Cavalcanti, has taken the honour of 'first poet' from another, Guinizelli.

'Forse è nato chi l'uno e l'altro caccerà dal nido' - 'perhaps he is born who will drive both of them from the nest': Dante wryly references himself - and of course he did exactly that - but within a penitential context. He knew his worth; although there's no complementary homily on 'ars longa, vita brevis', we know from Paradiso that Dante saw himself as a crusader of the pen, not there to show off his skill. 'He lived out the difficulty of authentic poetic utterance,' said Took with his usual brow-furrowing eloquence, 'and had a definite sense of the longevity of his achievement.' 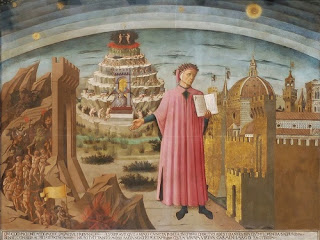 The attitude to the artist's task is avoiding hubris but at the same time 'implementing the properties of selfhood'. So un-Medieval this, so modern. The artist's destiny is to be capable of carrying out what he or she is called to do. And that means embracing human nature in all its complexity. Dante is a dramatic poet, not a dry moralist; he is greater than the parameters of his age's religious thought, and that's why we still read him. I was going to wind into this the introductory Purgatorio class's selection of lines which so beautifully render the difficult question of free will, but I can see I've gone on far too long, so that's for another time.
Posted by David at 16:06

Your closing observations are wonderful, particularly, in the face of the two dimensional dumbing down we are living through now in the public sphere, this: “And that means embracing human nature in all its complexity.”

Much is paraphrased from the exceptional Prof. Took (not many like him, that I've ever met), but I endorse it wholeheartedly. The students for this course are such a splendid mix - UCL youth, folk from so many nations.

I'm also conscious that Dante, like Shakespeare and Tolstoy, needs a lifetime's study. I probably have much less than half my life left, but he is now a constant companion.