I'm not overstating the case, even if I do regard both as friends. 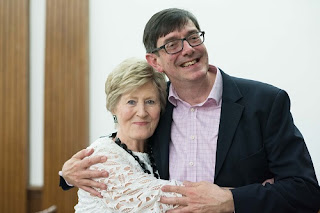 Dame Anne Evans was the Brünnhilde I saw in what remains by all accounts the last great Ring seen at Bayreuth to date, Harry Kupfer's, with Barenboim conducting and John Tomlinson as Wotan. She was also a superb Isolde with Mackerras. But her career embraced many surprises, as we heard at the Wagner Society. Everything there beautifully organised - for the first time in my experience of composer societies - by Henry Kennedy*, down to photographs taken by Ben Tomlin. 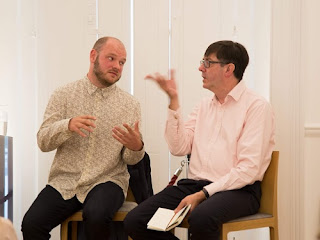 Kaupo Kikkas I first spotted moving very silently around the concert hall in Pärnu, with a muffler on his camera's click button. He took superb photographs of the Järvis and the Estonian (formerly Pärnu) Festival Orchestra, and continues to be the best musical portraitist, in my opinion. But he also surprised me when he sent a file of his 'Treescape' project, definitively answering the question 'is photography art?' with a resounding 'yes'. I was very honoured when he asked if I'd be the 'moderator' in an event to mark the end of his exhibition at the Estonian Embassy, about which I'd earlier written here. The above photo was taken by Roger Way; the other two of the talk below and lower down by Helen Mäerand. 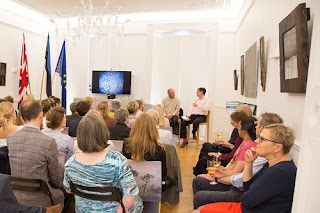 In order of appearance, then, Ann(i)e first. I interviewed her about Wagner in the 1990s, but I first started to get to know her when she came to my Opera in Depth class with Susan Bullock. And to prepare for the talk, I paid a visit on a sunny afternoon to her, delightful husband John Lucas (biographer of Klemperer and Goodall, inter alia), and adorable one-eyed dog Izzie - as in Isolde, though a sex-change to Wotan would be even more apt - at their Islington home. We decided on the examples we'd play from an impressive archive which went back as far as her first Wagner in December 1967 - a snippet of her Wellgunde in Das Rheingold. As John remarked, and I sincerely agreed, you could tell the voice immediately; her sound has always been warm and distinctive**. She was then a student in Geneva, and she and two colleagues (one was Katherine Pring) got to sing Rhinemaidens, Valkyries and Norns in a professional staging. 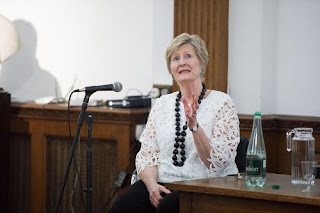 Verdi and Mozart were more often on the cards in those days. We heard a very Italianate portion of the 'Libera me' from Verdi's Requiem conducted by John Barbirolli in the Royal Albert Hall on 3 March 1969 - another collaboration with students - and a stunning Traviata 'Sempre libera' with Mackerras at the Coli in the autumn of 1973. Because of CM, no high E flat just before the end, but the rest proves she could have done it. Lovely ornamentations in the da capo of 'Dove sono,' also under Mackerras's guidance.

And then, of course, Brünnhilde, with snippets from the film of Kupfer's Ring. Much discussion of the 'coming on running' instruction from Kupfer, how a dancer told Anne to hold the breath so that she could release it on arrival. And of how for the awakening scene in Siegfried, he wanted her to imagine a butterfly released from its chrysalis. Jerusalem was as much of a great colleague as John Tom, she says. 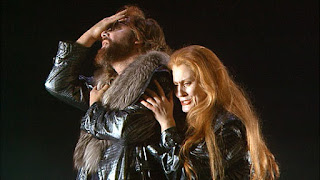 Our grand finale moved everyone, I think. If I were to go for an Immolation Scene on CD, it would be Flagstad's with Furtwängler in Rome, 1950 (Michael Tanner played it in his contribution to the German Romantic Opera study day I curated in Birmingham). On DVD, it would be not from a production, but this - Anne with the stunningly good National Youth Orchestra of the Netherlands conducted by a hirsute younger Mark Wigglesworth in a hot open-air summer concert in Nijmegen on the banks of the Rhine. 14 July 1995. The second half of the concert was excerpts from Götterdämmerung, all worth watching; for the Immolation, go to 19'35.


Next talk at the Wagner Society is with Peter Conrad, always a thought-provoking speaker and writer, on Wagner and Shakespeare on 12 July; I look forward to being enlightened...

As I was by humble Mensch Kaupo a couple of weeks after the Wagner Soc event. I was delighted to receive a Treescape photo in a thick glass block - namely this one - 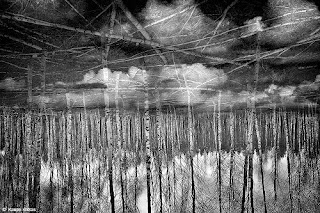 and a copy of the book based on his latest project, Saja Lugu, a centenary project to photograph 100 Estonians of all ages and from all walks of life. It had its origins in a similar venture Kaupo worked on in Tyneside with our mutual friend Jonathan Bloxham at his Northern Chords Festival. If only every town and every country had the resources to honour its people like this. 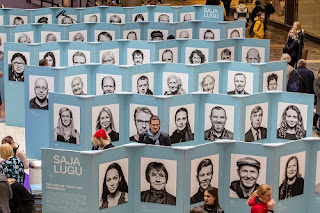 After spending two hours in his subjects' company, he took two photos - one a close-up portrait in black and white, 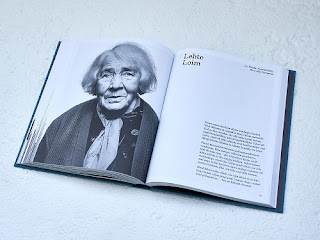 the other a colour image of the person in a setting dear to him or her.  There is no better way to connect with that wonderful country as it is today. 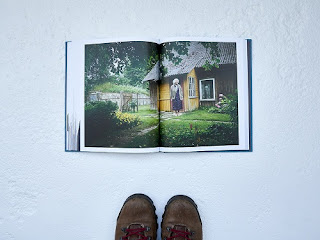 I marvel at the candour with which the folk engage with Kaupo. There isn't so much the culture of smiling inanely at the camera which makes so many photos here unnatural, as if everyone is always having a jolly time. You can see the history in the older folk, the openness of the young.

Kaupo's natural curiosity and lack of arrogance ensure all his portrait subjects are themselves, in a true dialogue with the photographer. He is especially proud of his many photographs of Arvo Pärt, 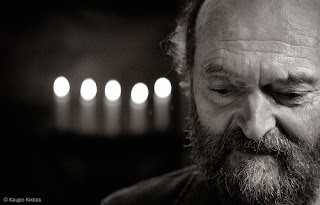 and in addition we discussed his several stays with the Matsés tribe down the Amazon; he won't do it again, he says, because the relationship between the gringo and the native is too precarious not to damage something. He pointed out that while the tribespeople do follow their traditions in certain rituals - the older women still sport decorative whiskers in homage to the jaguar - 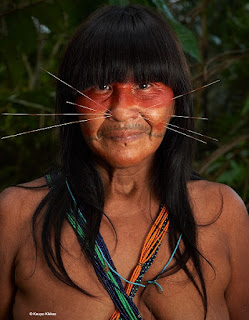 they more often dress in t-shirts and baseball caps. But their cooking and essential ways of life remain the same as they always have been. 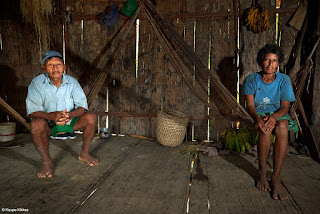 I should add that Kaupo trained at first as a musician at the Tallinn Music School and the Estonian Academy of Music before going on to study photography in Helsinki. Typical of his multifacetedness is that here in London he was guiding fellow Estonians around his own 'secret' places along with the familiar - many of this haunts I don't know myself, so I must take them up. 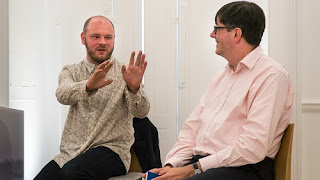 By way of footnote, I should mention one more Embassy event - this time at the Czechs' handsomely renovated Brutalist building in Notting Hill. It was a chance to hear the first-rate Pražák Quartet, who've recently taken on a new first violinist, Jana Vonášková. Her great artistry shone especially in the improvisatory feel to her solos in Dvořák's 'American' Quartet. 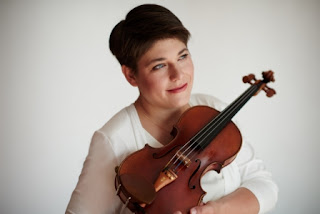 Their all-Czech programme was generous, but the revelation for me, because I hadn't heard it before and fell instantly in love, was Josef Suk's Quartet No. 1 in  B flat, full of personal touches both harmonic and melodic, rarely predictable. 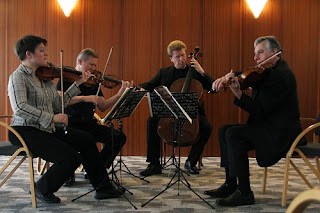 While I do find the Asrael Symphony rather long in getting to its devastating payoff, I'd count this relatively early work as a masterpiece. There's even a recording - trust YouTube, at least for the first movement - with Suk himself playing it as second violinist of the Czech Quartet in 1928.


*Young and very enterprising conductor and clarinettist who's just completed his studies at the Royal Academy of Music. He's put together a concert in aid of Parkinsons' UK at St John's Smith Square this Friday (15 June), with fellow students playing and a senior Beethoven Piano Society of Europe prizewinner, Andrei Iliushkin, in Beethoven's Third Piano Concerto, followed by Bruckner's Third Symphony. Book here.

**And now she may have an Irish successor. As one of the Royal Opera's Jette Parker Young Artists, Jennifer Davis sang Mozart, Nielsen and Bizet, very meaningfully, at our 2017 Europe Day Concert (pictured here with Jonathan Bloxham by Jamie Smith) 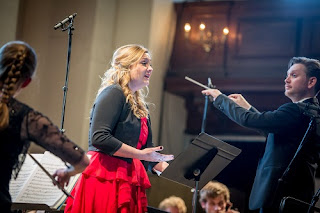 and took over the role of Elsa in Wagner's Lohengrin at the Royal Opera from Kristine Opolais. Total, if unflashy, triumph, winning the loudest applause, cheers and footstamping of the first night. Rupert Christiansen, in the Torygraph, went for the 'star is born' line in the opening paragraph. I felt I ought to keep perspective in my Arts Desk review since we regard her as 'our Jenn', but there was no denying the evenness throughout the range, the brilliant top - in marked and not inappropriate contrast to Christine Goerke's Ortrud - or the authority of goodness she brought to bear against her hater in Act Two. Here she is in Act Three as the wedding night starts to unravel, photo by Clive Barda. 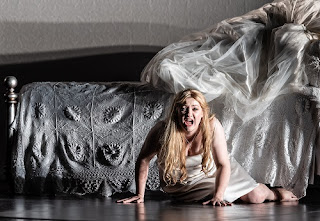 David - if I am not too far off the main point, I would say that you look distinctly younger.

Why thank you, Sir David. On which note a lady at the Wagner Soc talk came up to DAE and said 'you look so much better now than you did then' (in the Dutch film). Such tact!

I love the way you've dug deep into Estonian riches. The trees cape photo is a treasure. And, as usual, this post is full of cultural riches--it makes rather a contrast to some of the conversations I'm having while out canvassing for my candidate for Congress (though it is a sort of cultural study--or perhaps anthropological would be a better term of its own).

You're connecting in a far more valuable way, of course. I was reminding of all the stuff one has to put up with campaigning when I was approaching the two Remainer guys with their big EU flags and capes planted opposite the Houses of Parliament. Just as I was about to go and talk to them a man in a van started abusing them, and they gace back as good as they got. We then had a chat and they said that responses are such a mixed bag. But we agreed that it's all kicking off, finally, in a big way, now that Mrs Mayhem is down to the line. Sadly Parliament isn't showing much more in the way of guts than before.

Do watch the Immolation Scene - MW< the Dutch kids and Annie are all marvellous.

Not more valuable, I would say, just different. To my mind, the arts are central to what makes us human . . . and (potentially, at least) humane. So your intelligent attention to all manner of the arts is critically important, particularly in these times.

Quite so (as far as the first bit goes, anyway). If only more people picked up a book that wasn't 'Mein Kampf'...