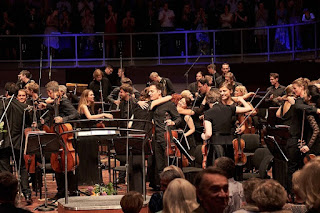 You'd think I might want a break from music after six glorious nights of it in Estonia. Not a whit; to return to the Pärnu Music Festival was to fall in love with a group of superlative musicians all over again, and to get to chat to some lovely folk I haven't spoken to there before. While I await the continuation of the party at the Prom tonight, I've been listening around the experience during a relatively lazy day at home. 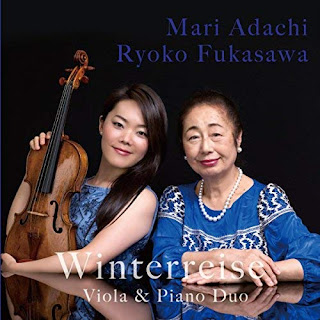 A perfect morning palate-cleanser was the CD utterly delightful Japanese viola player Mari Adachi gave me, called Winterreise because at its heart are transcriptions of nine songs from Schubert's cycle. Some work better than others in their wordless context; better to hear the naturally introspective voice of the viola in such subtle hands, beautifully partnered by pianist Ryoko Fukasawa, than a singer who doesn't inscape properly. Best of all, for me, was to hear Mari soar in Schumann's Andante and Allegro, and there are some very original touches in the Schubert 'Arpeggione' Sonata. I won't forget her exquisite Pärnu performance, poised halfway between stage and organ, of Tõnu Kõrvits' Wanderer's Song. 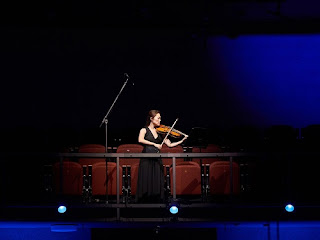 This is also a good excuse to use a few more specimens from Kaupo Kikkas's comprehensive Pärnu photo-gallery - it won't be the last time - so here's the admirable Kõrvits last Wednesday, receiving the Lepo Sumera Prize awarded annually to a composer who has made an outstanding contribution to Estonian music. 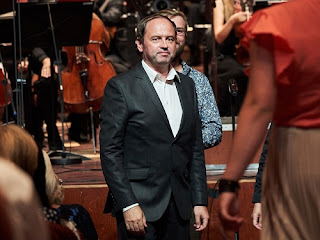 Of all the orchestral performances, it's Lutosławski's Concerto for Orchestra as curtain-raiser (!!) to the second EFO concert which has stayed with me, so I put on one of Christoph von Dohnányi's better Cleveland recordings, razor-sharp. 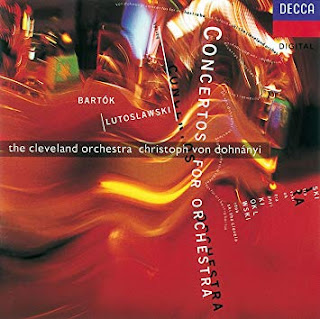 What a total masterpiece this is, in shape as well as colour and idea. Is it heretical to wish that Lutosławski had written more in the same vein - did finding his own voice entail a certain arcane quality I don't always 'get' or warm to? On which note, Paavo told me the other night that Boulez came backstage after a performance he (PJ) had conducted of the Concerto for Orchestra. He'd never heard it before, though he knew WL's later works very well. 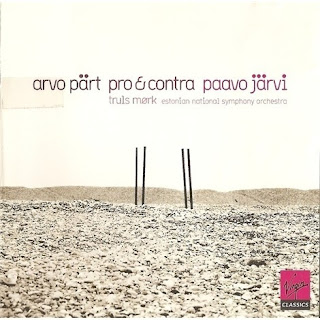 Finally, a proper listen at last to the earlier, composition-wise, of the two Arvo Pärt discs Paavo brought out with the Estonian National Symphony Orchestra in the early 2000s, for which I wrote the liner notes. That battle towards the essence reached after a five-year silence was so hard-won. I now find most affecting the early children's cantata My Garden - almost a parody of Young Pioneering, certainly ambiguous; the end of the Second Symphony too. 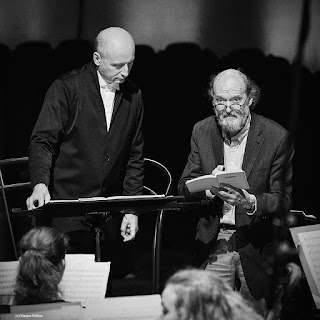 I'll be lucky to hear the Third tonight for the third time in five days (I was also lucky to be at the rehearsal where Pärt played an active part in the process, pictured above). It's a work I've known to some degree since Järvi senior's 1989 Prom performance, and I'll be listening, hopefully, with even greater awareness. 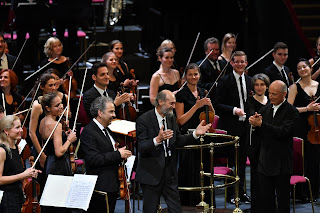 14/8 update: the Prom, which Pärt attended to the audience's huge delight and surprise (photos by Chris Christodoulou), was mostly a spectacular success. My Arts Desk colleague Boyd Tonkin is reviewing it, so we'll see what he thinks*. Paavo and the orchestra mastered the tricky acoustics of Albert's colosseum, from where I was sitting, at any rate, in a box with the Estonian Ambassador; textures had maximum clarity, phrases high definition, and the pianissimos were magical - PJ seemed to have taken heed of Barenboim's maxim that in this hall, you draw the listener in rather than push out. The Pärt symphony, now with a halo around the sound, moved me more than ever, and the Sibelius had more space than in Pärnu.

The liability was the gifted but oddly narcissistic Khatia Buniatishvili. While Leonskaja found fresh depths in every line of the Grieg Concerto in Pärnu, making it sound like a new work, Buniatishvili was self-regardingly soft-loud, slow-fast. Murderously fast in the finale, which ceased to be a dance. I heard that she'd adopted a completely different tempo in the rehearsal. And it was disconcerting to see her descend from a high trill with the right hand and flick her hair out of her eyes with the left. 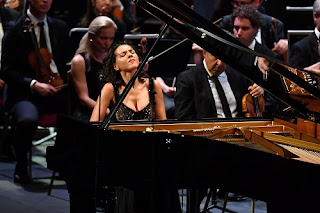 Our genius clarinettist Matt Hunt's phrasing in the Sumera encore, playing with the space but always joining the notes with supreme musicianship, was everything Buniatishvili's insane encore - Debussy's Clair de Lune - was not. Heck, the moon could have done an entire revolution around the earth in the time that took.

*Second update: he loved it, and writes so eloquently.
Posted by David at 18:19

Your championship of Estonian music and music-making is a wonderful gift to us all. I hope perhaps one day I'll get to the Pärnu Festival, but am glad at least that I've had small tastes of what's out there. I'll never forget Neeme Järvi conducting the Estonian National Symphony Orchestra and Estonian Philharmonic Chamber Choir at the White Lights Festival in New York. The audience was full of Estonians and people from countries nearby, and we all, with delight, were swept up in the excitement. I'm glad, also, to be drawn back to Arvo Pärt's music by this post. Boyd Tonkin's review is eloquent, just as you say--and I am sure, based on others of your liner notes i've read, that the liner notes to the CD you mention are as beautifully written as they are informative. I was struck also by your comment about Buniatishvili's narcissism. I've only seen a performance or two on video, and she put me off a bit for just that reason. It didn't seem to bother Tonkin, which is fair enough, but I'm with you on that.

I wonder, by the way, whether you happened to see the Prom with Anna Meredith's Five Telegrams piece? I saw it on video, was quite taken with it, and wondered what you thought.

Please make plans, both, to come next year; I can help sort accommodation. In fact we're thinking of renting a villa in the garden zone for more than just the festival, and you would, along with our Latvian friends, be top of the list to share it with us.

I haven't caught up with the 'Five Telegams' Prom yet - general verdict was that the visuals outshone the music, though I hugely admire Anna Meredith. I think there might be two versions - the pre-Prom event outside the hall and the first night within. Must check.

Parnu is definitely enticing. I've written you directly just now on that. I'm not sure which Meredith performance I saw, but the visuals were certainly dazzling. On video, I didn't find they overtook the music, and mostly worked beautifully with it, but I can imagine in live performance the impact of the visuals may have been stronger than that of the music itself. Would be interesting to hear how the music stands up sans visuals.

Anna Meredith is a real communicator, with a huge following among the young.