From the original Croatian and Estonian

In a country which pays too little attention to translating the literature of other European nations, MacLehose Press stands out as a beacon of integrity and inspiration. Its driving force, veteran publisher Christoper, formerly of Harvill Press, has brought out two volumes of Estonian grand master Jaan Kross's Between Three Plagues trilogy, the first instalment of which I praised here, and he strongly recommended The Czar's Madman 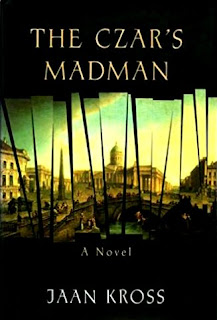 while Boyd Tonkin's review of the late Daša Drndić's penultimate novel, Belladonna, on The Arts Desk, turned me back to a  MacLehose publication I was afraid to approach, for good reason, her Trieste. 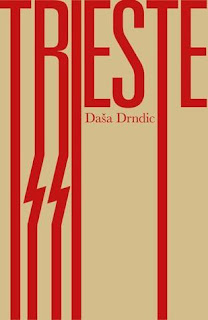 I suppose this could best be described as documentary fiction. I'm presuming that the protagonist and her family, including her long-lost son, are creations to serve Drndić's key concern that most people are passive bystanders, trying not to know too much about the horrors around them, who end up being incurably lacerated by events.

Life is stronger than war. For most people, the obedient and the silent, for those on the sidelines, for the bystanders, life becomes a small, packed suitcase that is never opened, an overnight bag slipped under the bed, baggage going nowhere, in which everything is neatly folded - days, tears, deaths, little pleasures, spreading the stench of mould. For those on the sidelines there is no telling what they are thinking, whose side they are on, because they do nothing but stand and watch what is going on around them as if they don't see a thing, as if nothing is happening, as if there is nothing going on...their self-deception is a hard shield, a shell in which, larvae-like, they wallow cheerfully.

The fate of Gorizia-born Haya Tedeschi is interwoven with the real nightmare of SS man Kurt Franz, the beast of Treblinka (pictured below), and Drndić is concerned to the point of obsession to drum into our head unalterable facts and names that might otherwise have been lost. In this she reminds me of the Polish guide who took us round Auschwitz - no rhetoric, no emotion, just 'remember this'. 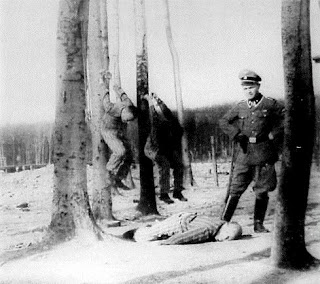 The cynical might say that 'the names of about 9,000 Jews who were deported from Italy or killed in Italy [and?] in the countries Italy occupied between 1943 and 1945', taking up 43 pages of the book with four columns to a page, could be seen as space-filling, an easy way of fulfilling a commission for a book of a certain length. I'm sure the memorial is absolutely sincere, as are Drndić's selective facts about the key Nazi players and the evidence (or lack of it) they later give. 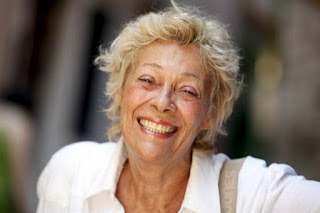 Drndić is ruthless in her chronicling of facts that still seem too surreal to be true: the Nazi control of every aspect of sex in people's lives, the prototype sex dolls called Borghild to be produced in three types, the service brothels (which we know something of through the film Salon Kitty), the raising of 'pure Aryan children' taken away from their parents which is the theme of the book's last third. And this is especially devastating, the unresolved sense of injustice, the mass-murderers freed prematurely from prison or never going there, the sense of horror within the victims, passed on to the next generation. It is indeed a 'joyless book', as Drndić wrote in the dedication to my partner 'with joy'.

And yet there is sympathy for the victims, which include places as well as people. Trieste, where the San Sabba Mill is the scene of the utmost horror,

does not want to die without a fight. It struggles to survive as best it can. Abandoned by Italy in 1943, it flails and succumbs, distraught....The morass inside it is deep and dark and sick, so sick that no-one and nothing dares go there, so all-embracing that Trieste itself is engulfed.

Yet cities change, like people. I had no inkling of all this in a serene time there, and now I feel a bit guilty for not knowing. Just as it is hard to reconcile the present dissolved border, across which we walked from Italy into Slovenia over a mountain pass with an unguarded customs post, with the scenes of such terrible conflict and bloodletting, so that the uncanny blue of the River Socac turned red with blood.

We now understand more than ever - and for my generation it has come as a terrible shock - barbarism is always at the gates, released from the dark souls of people. Jaan Kross knew the terrible force of Russian repression, imprisoned by the Soviets for speaking truth to power just as the 'madman' of his novel's title, Count Timotheus von Bock, was incarcerated for challenging Alexander I to reform. 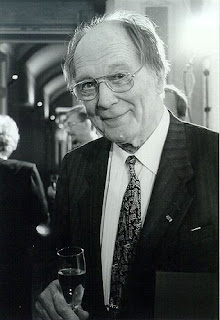 The action moves between the present house watch of 'Timo' on his Estonian estate after his 'release' by Nicholas I and the awful past of his captivity and torture, with the narrator, his craven brother-in-law, representing opportunism and the craven acceptance of injustice. It is just this view of Timo's courageous demands as insane which contributes to a perception of madness. One brief sample of dialogue will suffice to show Kross's technique of the 'unreliable narrator' at work. Timo is trying to explain his actions to his wife and her brother:

'...I am still convinced that whatever one may think of my action, subjectively, it also had its objective side. And objectively, it could have given the impetus for a rebirth of Russia. If the Czar had proven to be the man I mistakenly believed him to be. I was, of course, aware of the possibility of that mistake all along, and that was why I was ready for anything, from the very beginning.'

I found the selfish smoothness of his arguments a little trying.

'Even for having your teeth smashed?' I asked him.

'Jakob!' Eeva cried out, in a strangely horrified tone. For a moment I thought (we human beings are prone to absurd notions) that a reminder concerning Timo's teeth might act as a kind of trigger to release his demented train of thought, and that Eeva knew this. But Timo's reply was restrained, almost calm:

Both these books are masterly. Do read them. And let's thank Ellen Elias-Bursać and Anselm Hollo for their labours of love in translating them.
Posted by David at 13:48

I am surprised Jaan Kross's books are available in English. The Czar's Madman was translated into Czech but The Ropewalker was not (I happened to get a German translation as a birthday present - "Das Leben des Balthasar Rüssow"- which is why I am aware of the author).

Three cheers for Harvill and then MacLehose Press. We're so lucky in that respect.

Ah, here is the problem attendant to culling books (which we are duty-bound to do at the moment). I first learned of Jaan Kross from Lembit Beecher, who, in the course of telling me about his Mom’s work of translating The Ropewalkers into English, recommended the Czar’s Madman. On seeing your post, I went straight to my bookshelf to pull out that book, only to find I had passed it on so it can be read by others. Praise be, indeed, to presses that bring us translations of books like the ones you note, and also to the able and dedicated translators, like Merike Lepasaar Beecher, without which these translations would not exist.

I am so pleased to hear that Merike Lepasaar Beecher, despite ill health - may it be at bay now - completed her tranalation of the trilogy. Forgive me for forgetting if you told me, but did you get through the first and second volumes?

Also glad that I did NOT 'cull' Trieste, which I had never been sure about reading.

Only the first volume, so far.