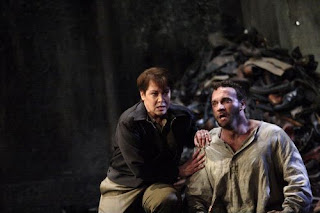 Only professional reasons could have lured me back to sit through Jürgen Flimm's quarter-baked Royal Opera production of Beethoven's Fidelio a second time. Yet it turned out to be a whole different show, musically at any rate, from the one I had difficulties finding a good word to say about for The Arts Desk.

It may well be that Mark Elder got into his stride after an unco-ordinated first night. Yet while he had little time to step into back-troubled Kirill Petrenko's shoes, the Royal Opera's highly respected Head of Music David Syrus was also giving his first performance on little rehearsal last night. 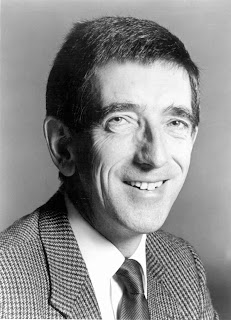 And how he kept this tricky-to-start piece on its toes, with an ever-firm inner pulse, clear articulation and above all a buoyancy which, I suspect, is not Elder's ball-game (he seems to me to have succumbed to Goodallisation in his knighted middle years). While a couple of weeks ago I'd been inwardly screaming to get to Nina Stemme doing Leonore's 'Abscheulicher' - not quite right on either night, as it turned out, despite this fine soprano's inward energy - here I was delighted by every little woodwind nudge and nuance in those domestic ariettas, duets and trios. Not quite Mozart, I know, but Syrus made them seem almost so, and it helped to be hanging over the orchestra and to see what was going on in the pit when pitifully little happened on stage.

There were frisson-moments where I'd found none on the first night - above all in a flawlessly elevated shift back from the central solos of the Prisoners' Chorus to its recap, and in the little skipping violin triplets that lift the charge of the final joyburst. Again, it didn't pay to look at the chorus jigging aimlessly in a travesty of liberation, but they were at least crisp and together with the conductor, no easy task. This was a performance which I like to think our still so sorely-missed Charles Mackerras would have looked down on and heartily commended. 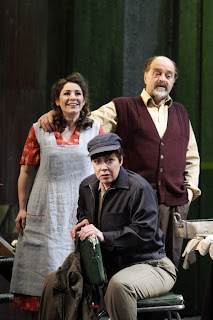 No real shifts of opinion on the production - its one moment of grace, so to speak, remains the darkness of Act Two's opening - or the singers: John Wegner remains a cipher; Stemme doesn't seem at her focused best, with the wide vibrato having some trouble getting round Leonore's more florid phrases; and despite some beautifully unfurled phrases from Elizabeth Watts as Marzelline (pictured above with Kurt Rydl's Rocco and Stemme), the most accomplished and technically secure performance remains Endrik Wottrich's Florestan; if only some people knew how impossibly written for the voice is the vision of 'ein Engel, Leonore', and how well he carried it off. The production photos here are by Catherine Ashmore for the Royal Opera. 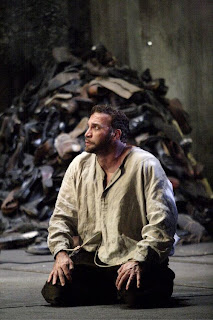 Again for reasons yet to be divulged, I spent the afternoon listening to one of Beethoven's chief inspirations, Cherubini's 1791 'rescue opera' Lodoiska, and realised that it's not just the situation - here husband Floreski attempts to rescue wife Lodoiska from imprisonment by a wicked Pole - which gave the cue. The Sturm und Drang scenes of Act Two are very prophetic; so is the lovely woodwind scoring for a male trio and the Act Three quartet. Very fine music, and beautifully done on the Sony recording by Cherubini apostle Riccardo Muti with a cast including Mariella Devia, who I imagine would have made an excellent Leonore in her heyday. 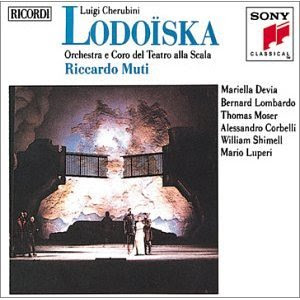 It was fascinating to reflect, too, on Beethoven's Leonore of 1805, his Fidelio of 1814 and all the upheavals that had shaken Europe in its time of troubles since the idealism of 1789 went so badly wrong. It's worth remembering that the Bouilly libretto which inspired Beethoven was supposedly based on a true story of a wife freeing her husband from the Jacobins in Tours, and I was reminded of the compelling figure Hilary Mantel makes out of revolutionary Camille Desmoulins and his relationship with his feisty wife Lucile in A Place of Greater Safety. The real Camille did indeed write letters of a Florestanesque intensity to his wife from prison, though of course they both ended up on the guillotine. 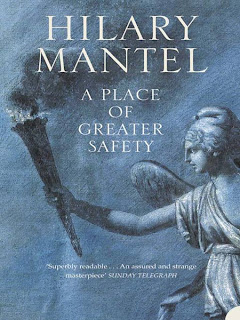 So quite apart from Fidelio's endless resonances today, one trembles once again at the lessons of the French Revolution - how quickly liberators became oppressors, how betrayed were the libertarian ideals, and indeed how wonderful it was that, with Napoleon finally crushed, Beethoven could try and recapture the hopefulness of 1789 in the last great optimism of 1814.
Posted by David at 11:01

A favorite line for me: "though of course they both ended up on the guillotine." Sign of the times, eh? (And, speaking of the times, you mean Leonore of 1805, his Fidelio of 1814, no?)

Gosh, yes, stuck in the 18th century there. Gone back and changed it.

"Impossibly written for the voice"??? But did not Beethoven in Fidelio and the 9th compose for the human voice as though it was an non-human instrument? Forced into the vocal gap or whatever it is called? Thrilling but in one sense strained..............

That's one way of looking at it. The other is that the vocal writing is just plain bad. 'Ein Engel Leonore' can only be done with a sense of strain-to-bursting that ends in collapse, but it will never sound good.

I do NOT believe that anyone can NOT remember Florestan's ( and Leonore's) namenlose Freude when well sung .......I only wish it went on rather longer

In garden design, it is sometimes said that the great designers were a little naive when they said that a particular feature would impact powerfully - how could it if after the first visit one knew that it was coming? But the trumpet in Fidelio has always its impact ( see the original Kobbe)

True - but as was pointed out by, I think, Mr Elder, it's not so much the trumpet call itself, which is a musical cliche, as the silence and the bars that follow that make it special.