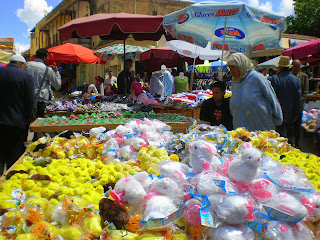 The '54 days by camel' line in the previous post should have given a clue, though I don't like to banner-headline forthcoming absences on the blog: we've been in Morocco, mostly in the mellow city of Meknes, staying in the Riad Lahboul run by warm and delightful musicians Mouna and Simon, as prompted by ethnomusicologist Carolyn Landau's visit to my City Lit class some months back.

Apart from torrential rains in the Middle Atlas, which saw off a couple of days' walking plans, it couldn't have been lovelier - and look, no hassle! I'll report in three chunks when I've got the time, but now it's nose to the grindstone as deadliners bay. Apologies to commenters who had to wait for their remarks to be de-moderated; part of the plan was not to look at the internet for ten days, in which I succeeded. 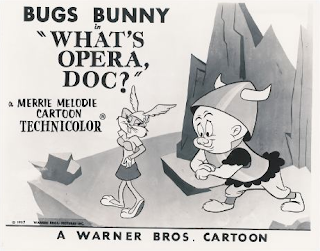 Anyway, let's now have some seasonal fun to complement the chicks and bunnnies of Meknes's sole Easter-ish stall in the Sekkakine with the short animation many believe to be Chuck Jones's masterpiece. It was introduced to me by addicts Stephen Johnson and Kate Jones, whom we'll be seeing shortly. What's Opera, Doc? is surely the consummate Wagner spoof, with seamless chunks of Dutchman, Tannhauser (brilliantly choreographed bit of Venusberg ballet), the Ring and even, I learnt, a very obscure bit of Rienzi (not the overture). I can't recommend too strongly that you invest in this set for the spick-and-spannest version, complete with a 'making of' film and essential commentary. 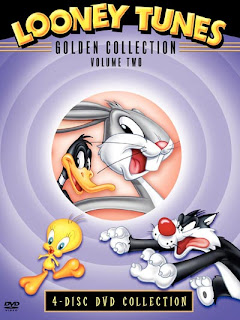 I know, it's four CDs full of stuff, a lot of which you might not get round to watching, but there are other gems here and I found it online for a song. Make sure you get the right volume, the second one. My students have had the full treat at the end of our Tannhauser classes, but if you must have a sneak, here's the best quality I could find on YouTube. It's back to front presumably for copyright reasons, and in Italian ('povero coniglietto!'), but hilariously well dubbed so that the voices do resemble those of the original Elmer and Bugs. Enjoy and see you soon.

As no other comment has appeared, I will use the opportunity for one of my anti-Wagner insights. This is a jokey one. A more serious insight - and I believe a unique insight, based on Magee - will follow if I receive the slightest encouragement. [ Anyway I loved the witty pastiche, if that is the right word]

Before the first opera house was built at Glyndebourne they had concerts in the organ room ( the fortune came from organs). During some Wagner, a housemaid had hysterics, and one can only ask, how could they tell?

PS The "word" for verification this time is "bouvesse". A word full of some meaning which the French should supply.