*Church charity mug. Which means saying farewell to this 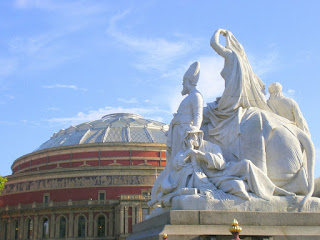 and hello to the flinty likes of this. 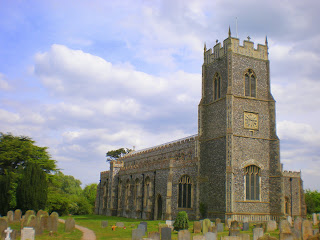 Once again we’re coming up to the second Saturday in September, which means Last Night of the Proms for some, but as far as I'm concerned the annual walk for the Norfolk Churches Trust. Been a bit of a disappointing season, anyway, from the Proms I’ve caught this year, and my last (a rather charming Bridge symphonic poem, well-performed but expressively rather blank Birtwistle Violin Concerto, undercharacterised Planets) was a typical curate’s egg; read about it over on The Arts Desk.

So Rule, Britannia goes out the window in honour of Lord Nelson, whose church our dear late Mary Dunkerton of Burnham Thorpe wardened so lovingly. These walks are partly in her memory but very much for our own pleasure, too, as we tick off a growing fraction of the 800 plus Norfolk churches by hiking the green lanes, the saltmarshes, the country estates and (once) the fens for the worthy cause of church conservation.

OK (and I don’t know why I have to keep apologising), it’s not Somalia. But these are the little things that fall through the cracks, and once a fine old building is gone, it’s gone forever. Before I blog the day, I have one Norfolk church to write about seen between the annual walks I haven’t covered here and pictured above: Holy Trinity in the village of Loddon where our lovely friends Katherine Howard and Andy Walter and their brood live. When we first attended a concert in their converted mill a couple of Novembers back, the key to the church was nowhere to be obtained. But on a fleeting visit from Norwich early this summer, I did manage to get in. Holy Trininty is a tad borderline in tlc, exactly the sort of case we’re collecting for, but has so much worth restoring: the porch with its upper storey 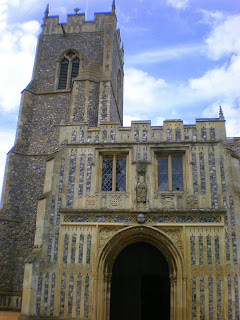 and rather fine carvings including a roundel featuring the letters of the name ‘Hobart’ – namely Sir James, who had the present church built between 1492 and 1499. Over the entrance is a neat little holy trinity 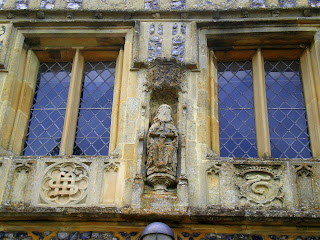 and just inside a twice-defaced font contemporary with the church’s founding. 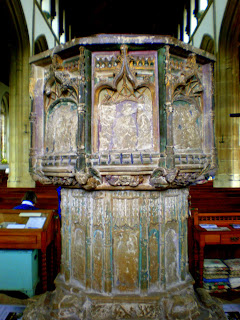 The major Hobart memorial is to Sir James, great-grandson of the founder, and his wife Frances 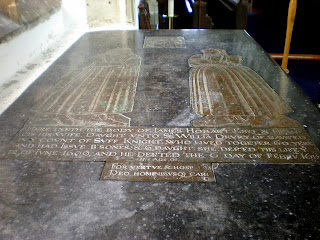 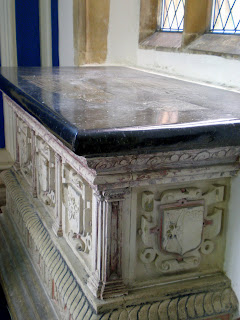 and the most singular tomb is that surmounted by the splendidly-named Lady Dionysis Williamson, d.1684, who gave huge sums to the rebuilding of St Paul’s Cathedral and other churches by Wren after the Great Fire of London. She can well reflect peacefully upon her good works. 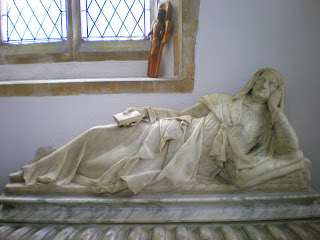 The painted rood screen is very fine as a whole 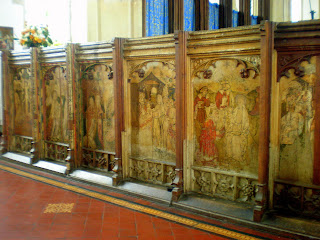 but, alas, has attracted attention of an unwonted sort with its depiction of the crucifixion of ‘St William’ by a party of Jews on Mousehold Heath, taken as gospel by a band of anti-semites in America who will draw your attention to this piece of ‘history’. 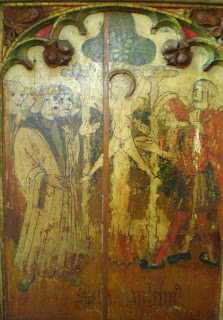 One singular touch in the lush churchyard is the notice between these two statues, probably too small for you to read in this photograph. 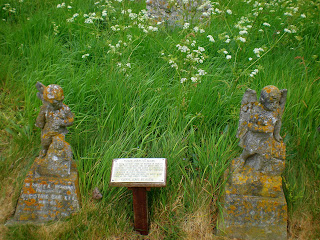 PLEASE LEAVE US ALONE
We were lovingly made of marble in memory of two tiny children, one of whom died of whooping cough and the other of meningitis, some seventy years ago. We have two brothers now living in North Walsham. Our heads have been knocked off about eight times in the last twelve years.
PLEASE LEAVE US ALONE

After which one must shuffle off with a superfluous sense of guilt to ruminate on worldly folly down near the river. 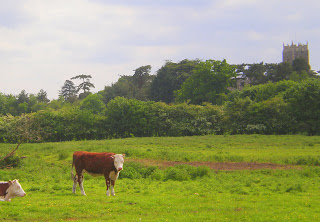 Anyway, donations (ideally cheques made payable to ‘Norfolk Churches Trust’) very welcome. I’ve yet to find the plea here achieving any results, but you can always contact me via the Arts Desk email. Besides, our person-to-person donors like to read all about it, so I’ve promised the annual report some time next week.
Posted by David at 23:35

Like my little Quaker meeting house over here, it would be such a shame if these bits of history were to go to ruins. How good that you have a charity walk for their benefit.

Bless you for saying so. I'm feeling a bit sorry for myself that even close friends, no doubt exhausted by the annual chchugging, haven't responded so far. But this is panhandling...