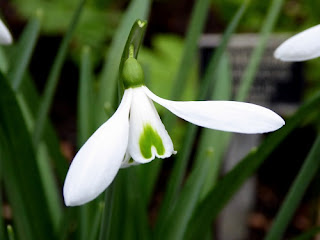 Chelsea Physic Garden was advertising the first of its 'snowdrop weekends'. Though as a Friend I can pop along at any time, I thought it was a good opportunity to have lunch once more at the Physic's Tangerine Dream Cafe. Which in the end we didn't do, since I was so sidetracked by the masses of galanthi in Old Brompton Cemetery, always on my cycle route southwards, that I turned up a bit late. 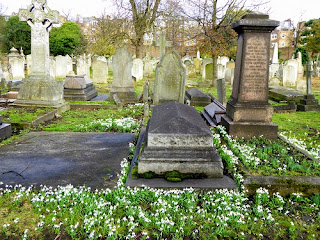 They always cluster off the northern part of the great avenue which leads - in a modelling based on the approach to St Peter's Rome - to the chapel, currently under restoration. 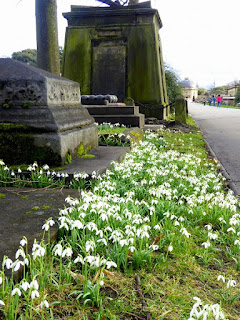 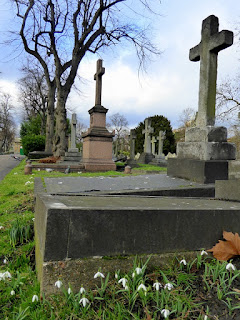 Croci, too, were making appearances here and there, 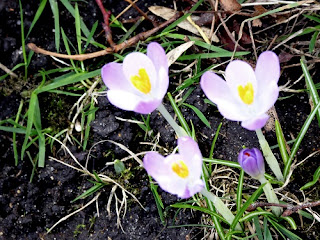 not least to the side of this cross, 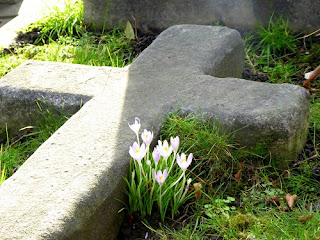 and the first of what I always think of as a special late-winter light, silver-brown, was illuminating one of the cemetery's most striking angels 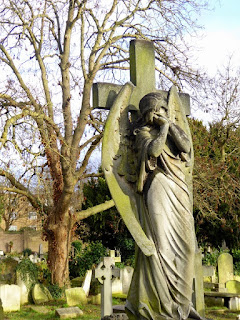 as well as what is now established as a copy of a memorial for a 13th century Sienese saint containing the remains of artist Valentine Prinsep. 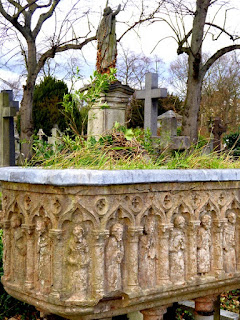 Overhanging the Swan Walk wall of the Physic Garden are the remaining pomegranates, symbol of Persephone's winter sojourn in the underworld 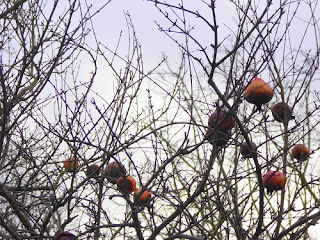 while within there were some rather gimmicky arrangements of snowdrops, though this one is at least  part of a tradition. 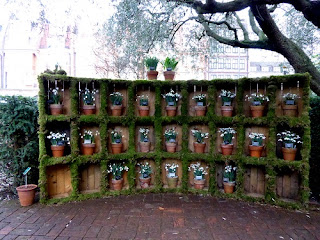 The most fascinating, for us at least, is a variety called 'Blewbury tart', which our dear friend Juliette Seibold claims was named after her by the Oxfordshire neighbour who claimed it. My favourite actually turned out to be a snowflake rather than a snowdrop, a relation in the family Amaryllidaceae: Leucojum vernum, the Carpathian variety. 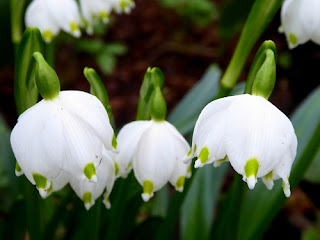 The only other flourishers in late January were hellebores, not normally plants I'd chose for the garden, but look at the exquisite markings on this one. 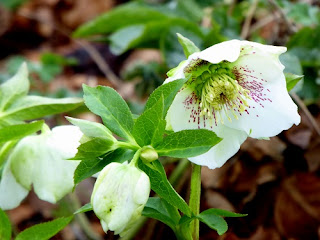 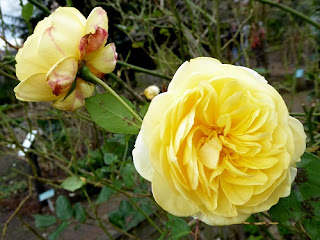 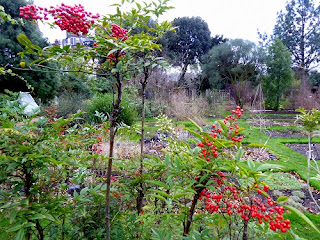 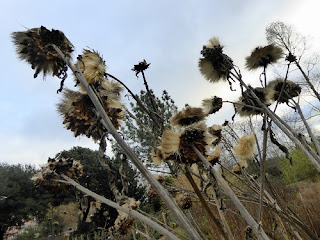 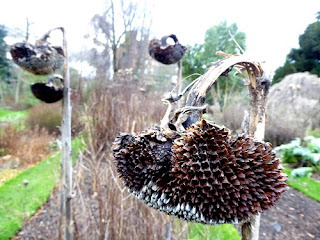 complemented by the peppers in the medicinal garden. 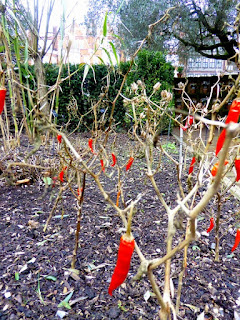 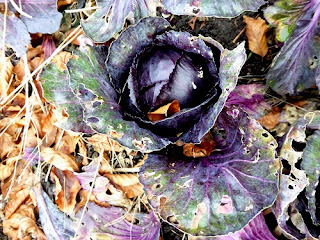 By way of west London coda, my three or four times-weekly visits to the gym in Normand Park, two minutes' walk away, give me passing insights into the great outdoors, and the other evening, as I was returning, I just caught the rising full moon through trees. 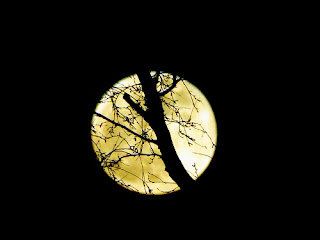 Last daylight on the gym side: 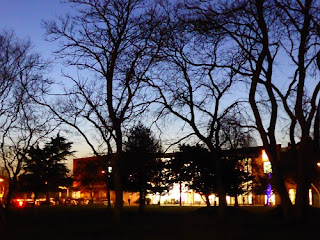 Everyone got excited that this was a Super Blue Blood Moon  - the papers are making a thing of moons now, though that's fine if it gets more people looking - though it turned out that the UK wasn't getting the blood red effect. Still, how exciting for the fourth time since early November 2017 to see the craters on our nearest neighbour in space. 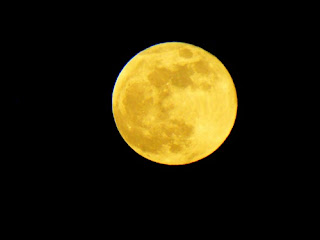 I always enjoy seeing photos of spring coming on where you are, a “preview” of the first signs of spring we’ll be seeing in a month or so.

We are now back in freezing winter, but at least with plenty of light.