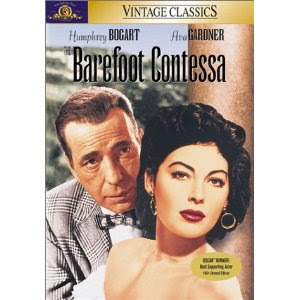 You know that awful moment when you're talking to a person who seems to be interesting, to have led an extraordinary life unfolding in articulate detail, and you realise it's insanity or paranoia talking? I had one such experience the other Friday at a BBC Symphony concert, when a lady I thought I recognised started telling me of her time as a six year old prodigy invited to play in that venerable orchestra in the first violins alongside leader Paul Beard.

And just as I was suggesting she should narrate this extraordinary experience, we were off on a tale of how she knew the truth about Princess Di, about how Tony Blair's minions had tried to kill her as she came out of the Albert Hall, and how young Leo Blair had spat at her in the street. In the aftermath of having asked for her e-mail address, which she was slowly writing on my programme with my pen, both seemingly unextractable, I suddenly saw delightful Mark Lowther of BBC and now Anglican fame and managed to retreat in some distress.

Well, that's a long way of saying that this is how it felt watching The Barefoot Contessa. J had ordered it up from LoveFilm on the strength that script and direction were by Joseph L Mankiewicz of All About Eve fame. Again, it starts promisingly: Humphrey Bogart as a script writer at the funeral of the Contessa whose film career he helped to launch. Intelligent voice-over, intriguing premise: the heroine is dead at the beginning of the film, so what happened?

We meet her as a high-principled dancer in a Spanish tavern. It's classy Ava Gardner, and the other characters all seem well-drawn. But then it begins to go off the rails. The oblique premise of the title is that our lady likes to go back into the gutter from whence she came by sleeping around with rough (a point, like so much else in the film, that the script avoids stating explicitly - throwing off the smart shoes and going barefoot over gravel is the symbol for it). 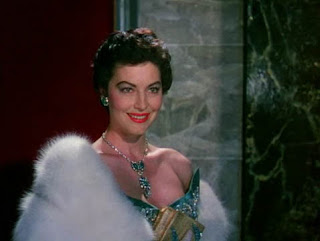 So you can imagine that when she meets her Prince Charming and marries him, only to find he's had his bits shot off in the war, trouble looms...

Strange is the best one can say for The Barefoot Contessa. Film critic Gavin Lambert described it as 1954's co-candidate for the Higher Lunacy award along with the even more outlandish Johnny Guitar. It's not standard Hollywood fare, that's for sure, but it can't be called a success.

I'd like to say another example of the higher lunacy was Edwin Roxburgh's Concerto for Orchestra, premiered at the BBC Symphony Orchestra's Friday concert. But the only off-the-wallness there was the commissioning of an undead establishment work. Nothing about it - colour, phrasing, ideas - had the slightest hint of originality. I sat there fuming about the waste of the orchestra's time - they played it brilliantly - and ours. Fortunately Elgar's Falstaff rolled up to show us what could be done with an invention that seems, especially by comparison, profligate, and with fabulous originality of orchestration. And that Delius piece. But you can read more about it in my Arts Desk review, along with an LSO concert that it really wasn't worth rushing back from glorious Sandwich - more anon - to hear.
Posted by David at 11:43