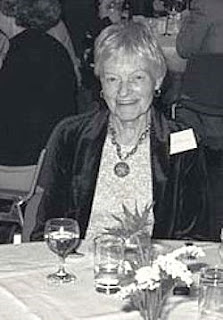 She always insisted, once we’d got to a certain stage, that only Russian should be spoken in the lessons, so I feel I’m bringing my dear teacher, Joan Smith, back to life and reviving our weekly hours together. Some of you will be familiar with her as Joan Pemberton Smith from the opera and song translation work she did for the record companies. She died several weeks ago after a series of strokes following a complicated illness. I hadn’t seen her and husband Jeremy very often in the past couple of years – the last time was under the sad circumstances of Noelle Mann’s funeral – but her impact has been lasting (especially since I don’t seem to have forgotten too much). I met her through Noelle, and we both sang in the Kalina Choir. So what I’d call my serious Prokofiev work coincided with making the acquaintance of two women who were quite extraordinary in their different ways.

I hadn’t thought we would actually be reading any classic Russian literature in the near future when we began, but within a year we tackled Chekhov’s Rothschild’s Violin. And rather foolhardily, bearing in mind all the Church Slavonic in it, went on to Pushkin’s Boris Godunov as well as various short stories by Paustovsky and Zoshchenko. Joan did rather reproach me that after two or so years battling out to Chislehurst, I didn’t go back for weekly readings of Eugene Onegin, though I did work through it on my own. 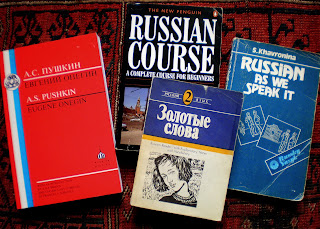 Yet though she could be schoolmistressly strict at times, she was fundamentally a genial person and what I remember most is the way her face would light up with special enthusiasms. So I’m glad the top photo was found by Fiona McKnight of the Prokofiev Archive, since one of the two I had didn’t catch the smile, and in the other she’s wearing the ridiculous I-See-You-Jimmy tam-o-shanter with attached red wig hat we foisted on all those who came to sup as a kind of visitors-book record.

At her short memorial service the other Monday, I learnt a few things about Joan I didn’t know as well as reviving the memory of others I did. Born in Leicester in 1929, she won a scholarship to read classics at Cambridge; and as this was only just after the war, she was one of only two women studying her subject (our shared classical training was one of the most helpful aspects to the teaching; Joan could explain the grammatical workings in a way I could understand, as perhaps a native speaker might not have done). Over her years as librarian and teacher, she took a Russian course and soon became an enthusiastic proselytizer. She’d get her little groups to sing Russian folksongs to her guitar accompaniment; she apparently escorted parties to every corner of the then-Soviet Union when it was far from easy to plan travel arrangements. She even played in a balalaika orchestra (this I didn’t know).

Her Czech friend Zdena read a very lovely and fitting Yesenin poem (alas, not in Russian as well as translation, because the minority feared the majority of non-Slavic speakers wouldn’t understand). Failing the possibility of getting a Kalina Choir recording played, I thought the Song of Simeon from the Rachmaninov Vespers would be a fitting piece against which to sit and contemplate. And generally, as the best of these things can be, it was a time to remember fondly, if still tearfully, rather than to wail overmuch. 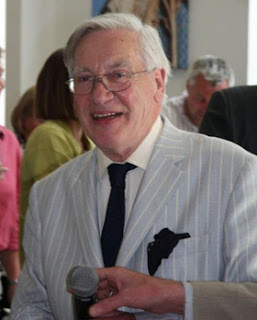 I ought also to recall one other person of whom I was extremely fond who died this year (may that be the last, please), my good university friend Jerry’s father Michael Pratt, QC. This was, for me, a rather strange concatenation of events: after my Mahler 2 talk at Birmingham, a distinguished white-haired gentleman who looked vaguely familiar came up and asked if I recognized him. Edinburgh? I thought of tutors, drew a blank and then just in time realized who it was (we can’t have met in decades). He’d seen my talk listed in the CBSO programme and came along specially. He took me for a drink with his delightful old friend after the concert, and I was amazed at the sharpness of his memory, the ability to recall details about our happy university days which I’d completely forgotten.

Probably Michael had at that time been a bit of a replacement father figure; it would have been only a couple of years since I’d lost my own. Certainly his generosity knew no bounds, and though we all ribbed him for being, as we saw it, a frightful old reactionary, he was a lot wiser and more complex than that. Read more about him by a colleague who knew him better than I did in the Birmingham Post. Anyway, about a month after that reunion, on 21 June, he died of complications following a heart attack. And I felt a sense of wonder that I’d been able to see him, and that our meeting had felt so meaningful even before what subsequently happened.
Posted by David at 09:46

A lovely remembrance of your Russian teacher (though, as you make clear, she was so much more than that). I admire your pursuit of Russian at a point where the brain's hard-wiring makes it so much harder (which, of course, makes me think of Winder describing his efforts to learn languages). How wonderful, too, that you had the serendipity of meeting up again with Michael Pratt, QC, before he died.

Yes, ideally all languages should be ingrained before one reaches the age of ten. But I do think that, in tandem with writing a grown-up book, it's the biggest step forward I've taken other than - hopefully - on the emotional/intuitive front; so tempting just to stand still and plough one's usual furrow.

And serendipity's the word re that last, inspiring meeting with Michael.