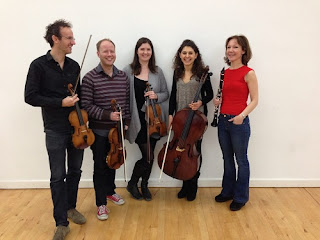 As in our national treasure clarinettist Emma Johnson (pictured right) and the Carducci Quartet (above, Matthew Denton, Eoin Schmidt-Martin, Michelle Fleming and Emma Denton) giving the world premiere last Thursday of Angel's Arc by my very good friend Stephen (no relation to Emma). This was his second big event at the Cadogan Hall; back in 2016 his orchestral homage to Bulgakov's cat-demon, Behemoth Dances, was performed here by the Moscow State Symphony Orchestra and Pavel Kogan following its Russian first performance. I couldn't make it, but I've since heard a recording. 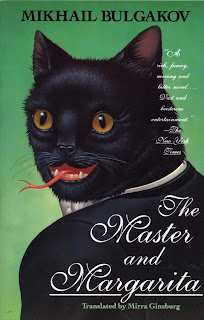 Apart from its strange and reflective inner core, Behemoth Dances couldn't be more different from the quintet for clarinet and strings. Obviously the forces make a difference, but this is somehow more personal, Stephen reflecting back on his troubled teens from the perspective of a more recent grief . Placed after Brahms's Clarinet Quintet and an interval, and before Mozart's great example, it had a different dynamic, the clarinet more apart and clearly leading in a very vocal way (how many other composers today make the instrument sing like the human voice? I'd love to hear a soprano or tenor-and-string-quartet work from SJ) To me the strings were more bent on effects to create atmosphere, though there's a lively central section with a riff passed around the players - Behemoth inside out - which Stephen calls 'a nocturnal scherzo, whose sweet-sour alternations recall the moods (and some of the colours) of Mahler's haunted symphonic scherzos'; what came to my mind was more the extraordinary boogie-woogie-plus-tappings core of Shostakovich's Thirteenth Quartet.

But I don't want to do the usual critical thing of citing influences, other than those Stephen intended; I certainly caught a paraphrase of several bars from the Andante con malinconia of Walton's First Symphony, which he did mention in the note (and we both know a bit about malinconia). I was so proud of my perceptive artist companion, Pia Östlund, who 'got' and encapsulated the bigger picture much better than I did, and with little knowledge of the background; she described it as personal and introspective, but at the same time so spacious. We both agreed that the ending was pure metaphysical poetry. Stephen hoped it would convey gratitude as well as grief, and it does. I'm sure he couldn't have wished for a better performance, and the players were all so subtly fused in the Brahms and Mozart (loved the little transcription of Mozart's 'Ave verum corpus' as the encore, too). 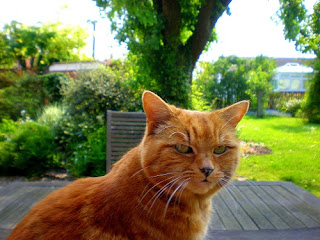 Without being told I wouldn't have got the hidden reference which connects to Behemoth Dances through cats: in this case the most undemonic and human cat I've ever met, the late Agatha (I always called her A-GAAA-ta as in the Freischütz heroine), one of the few who could turn my dog-loving head. Expanding on his original programme note in a blog guestpost for Jessica Duchen, Stephen noted how Agatha's death triggered off recent griefs for his splendid father-in-law Canon Harold Jones and his aunt, Elizabeth Johnson. 'Playing around on the piano it struck me that I could make a kind of Schumann/Shostakovich-style cipher out of the letters of Agatha's name: with Te (sol fa) representing B, plus H from German notation, it gave A-G-A-B-B-A - a chant-like motif very like the haunting plainsong phrase "Lux aeterna" I'd used in Behemoth Dances.' Agatha, you will never be forgotten (cue repeat pic above).

Quality time with Agatha staying at the Johnson-Jones residence in Sutton St Nicholas was interspersed with hearty walks. And this connects very much with the new work, because Angelzarke on the West Pennine Moors was a favourite walking and cycling haunt of the young Johnson. Now he walks with greater peace of mind, for the most part, with Kate at his side. Another personal shot, then, from a May 2011 (!) ramble we took with the JJs up and around and down Skirrid Fawr. 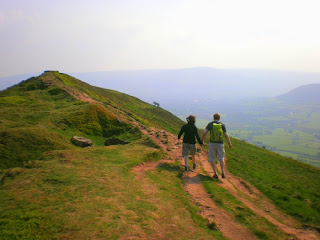 I have to evoke those bluebells seen from the lower slopes again, because they offer promise of the spring which seems so far away still. 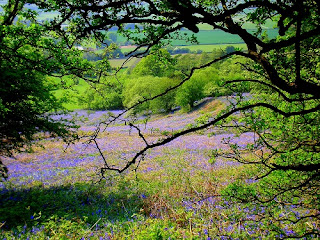 Even so, the snowdrops were out in force around some of the Brompton Cemetery graves as I cycled to yet another appointment at Chelsea and Westminster Hospital yesterday - as far as I'm prepared to go on a bike at the moment - 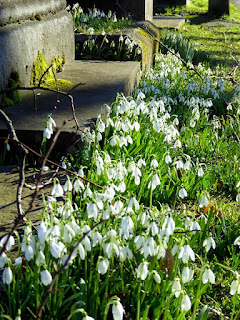 and someone had thoughtfully placed a bunch of daffs through the arm of a stone angel. 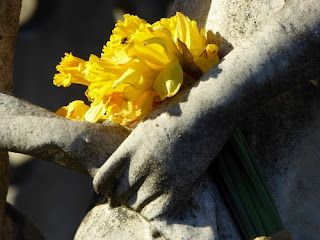 Praying I'll have had my op - still not scheduled - and be free of the stent when spring does arrive, so I can walk much further than I do now.
Posted by David at 14:06

David, that’s absolutely lovely! Very touching - and the personal angle (you being such an old and good friend) make it more, not less, credible.

I hope you won’t mind if I put a link to it on my website.

BTW You’re right about Shostakovich 13th Quartet - first heard it mid-teens and the 12-note boogie-woogie’s haunted me ever since. Well heard, sir!

Very touched indeed by your comments about the ending. It’s so gratifying that someone like you - and Pia too - can hear that too. It’s a strange and wonderful thing to discover that what you felt as you assembled notes comes across to others.

Something for soprano or tenor with chamber ensemble is definitely on my to-do list!

I didn’t know that the players were going to do Ave verum. Turns out it was Harold’s favourite piece, and that both Katie and Maggie sang it for him in his church choir. The coincidences keep piling up.

Now it's my turn to be touched - and as you say, the coincidences keep piling up. The 'Ave verum' coincidence is wonderful - from what you say, it seems as if Kate hadn't talked to Emma and the Carduccis about the link. Another such is that you gave me a copy of Gwyneth Lewis's 'Sunbathing in the Rain', and without knowing her through that I would never have picked up 'A Hospital Odyssey' as just the thing I wanted to read after my release. And I write about that in the next post down.

Of course you can put a link, I'd be honoured

The Master and Margarita is a masterpiece, but be sure to get the translation by Michael Glenny ( though perhaps there have been some recent translations which I have not seen.) It is no good giving an exact "scholarly " translation if it coveys no meaning. Unless one knows Russian, one would not know that "small things" were hors d'oeuvres. .....'" Er..just bring me some small things" boomed Koroviev patronisingly, sprawling in his chair. "Of course" replied Archibald Archibaldovich, closing his eyes in exquisite understanding '......... I identify with Behemoth, the cat.' " I nearly had hysterics" said Behemoth, licking a caviar smeared spoon'.I am not sure how far the nature of this novel will get through to a generation that knows little of the terrible and all pervasive nature of the Soviet regime.

Its tragicomic absurdity plays well with Russia today. Discussing translations is always dodgy unless you're a very fluent Russian speaker (and I wouldn't pretend to be, though I reached reading proficiency level). Pevear and Volokhonsky seem to be best at trying to reflect the idiom (I love his introduction to their translation of War and Peace, which explains what can get lost in translation. And of course he insists on having everything in French that is so in the original - I see that even the opening 'Eh bien, mon Prince' is cudgelled into English in the most recent attempt).

But this, of course, is very tangential...

If there is a chance to hear Behemoth Dances in recorded form, do please let us know. Your description is wonderfully enticing! It is bitter cold here today—my 70th birthday, as it happens—so those lovely snowdrops are particularly welcome. Hard to believe, actually, they exist in real life somewhere right now. As an aside, I was sad to learn today that Sanford Sylvan died, and only 65. This sent me back to listen to him singing The Wound Dresser. Such a beautiful work, and so well sung.

Sue! Happy milestone birthday! I really ought to write this down. May your curiosity last for ever. You'll get a proper e-card from me - with an email about Behemoth Dances.

Sanford Sylvan had such a beautiful baritone timbre, and that recording of The Wound Dresser is a benchmark, even though we have a whole new generation of baritones performing it now. Talking of elegies, have you read George Saunders' Lincoln in the Bardo? Absolutely extraordinary, unique. If you feel sad, that's the book to read for a catharsis of sorts.

Think I may have told you, but the Europe Day Concert on 9 May is definitely happening. If only you and J could plan a visit around that time. We would take you out for a proper birthday meal.