In the beginning, at least as far as explaining 'cosmic evolution, science and civilisation' to the layman goes, there was Carl Sagan's Cosmos. 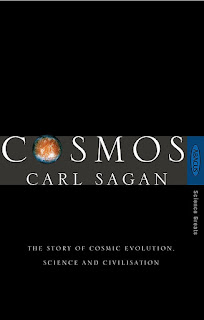 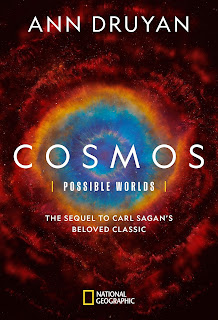 I haven't seen either TV series, but a quotation of one of Sagan's wisest sayings - absurdly, I forget now what it was, which is why I need books to mark such things in pencil = led me to the first volume. As a book, a masterpiece, all the more so because you feel you are in loving hands. In fact the chapter that moved me most, though others might have made me wonder and reel more, is the one he calls 'The Persistence of Memory'. First he explains the 'gene library' and the 'brain library', taking us from the basic biological functions of the brainstem to the 'R-complex' capping it - 'the seat of aggression, ritual, territoriality and social hierarchy'. to the cerebral cortex. It ' regulates our conscious lives. It is the distinction of our species, the seat of our humanity. Civilization is a product of the cerebral cortex'. 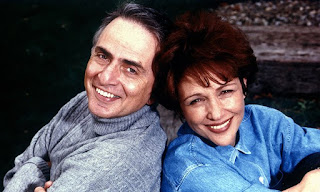 Explaining further distinctions, he moves back to figures: 'The equivalent of 20 million books is inside the heads of every one of us. The brain is a very big place in a very small space' (this after we've spent most of the book dealing with the immensities of the cosmos and its calendar). Then he talks about the miracles of actual libraries - how 'books can lie dormant for centuries and then flower in the most unpromising soil. The great libraries of the world...[contain] ten thousand times more information than in our genes, and about ten times more than in our brains'. And this is just beautiful writing:

The library connects us with the insights and knowledge, painfully extracted from Nature, of the greatest minds that ever were, with the best teachers, drawn from the entire planet and from all our history, our own contribution to the collective knowledge of the human species. Public libraries depend on voluntary contributions [in America, I guess he means]. I think the health of our civiization, the depth of our awareness about the underpinnings of our culture and our concern for the future can all be tested by how well we support our libraries. 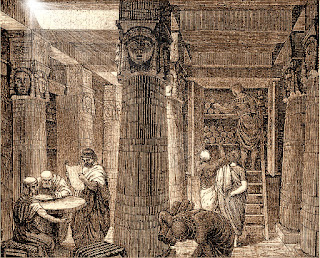 That, of course, was written in 1980, but I think it still holds true in essence, as do all the great ideas and emotions. And the world wisdom is illustrated not only by the quotations Sagan uses at the top of each chapter, but also by how much was known so long ago - and then ignored by centuries of religious intolerance and persecution. In the third century BC, polymath Eratosthenes used 'stick, eyes, feet and brain, plus a taste for experiment' to deduce not only that our little world was not the centre of the universe, but to work out its circumference. 1800 years before Copernicus, Aristarchus of Samos worked out that the Earth was a planet and revolved around the Sun. To accept all this takes humility, and scientists, who know that what they may discover could be overturned by their successors, are mostly humble people. As Druyan puts it in her preface:

The scientific approach to nature and my understanding of love are the same: love asks us to get beyond the infantile projections of our personal hopes and fears, to embrace the other's reality. This kind of unflinching love never stops daring to go deeper, to reach higher.

This is precisely the way that science loves nature. This lack of a final destination, an absolute truth, is what makes science such a worthy methodology for sacred searching...The vastness of the universe - and love, the thing that makes the vastness bearable - is out of reach to the arrogant...

I know a way to part the curtains of darkness that prevent us from having a complete experience of nature. Here it is, the basic rules of the road to science: test ideas by experiment and observation. Build on those ideas that pass the test. Reject the ones that fail. Follow the evidence wherever it leads. And question everything, including authority. Do these things and the cosmos is yours....[Scientists and mathematicians] live a commitment to a consensual democracy that puts ours to shame. 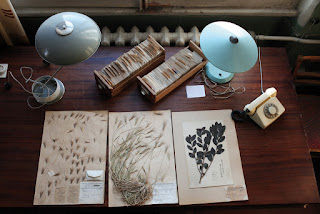 This all has immense importance to the wider picture of where we are now (in a bit of a mess, but wasn't that always the case, more or less, with most periods in history?) But the details in each book back it all up. How fascinating are the portraits Druyan adds to Sagan's, among them those of Victor Goldschmidt, who took physics, chermistry, geology, mathematics out of their boxes and joined the dots; of Nikolay Vavilov, whose concept of a world seed bank was realised and protected by his co-workers during the Leningrad siege and who came up against the disgusting opportunist Trofim Lysenko, with tragic results in the Stalin era - yet the institute lives on (above image, which appears in Druyan's book, by Mario Del Curto from Seeds of the Earth - The Vavilov Institute); of Angelo Mosso, who took pioneering steps in neuroscience: of Gerard Peter Kuiper, who posited the idea of trillions of possible worlds. and whose protege, when he held a post as 'the only planetary astronomer on the planet' at McDonald Observatory, was the 21-year old Carl Sagan. Pictured below: artist's impression of a Kuiper Belt object (KBO), located on the outer rim of our Solar System at a staggering distance of 6.5 billion kilometres from the Sun. 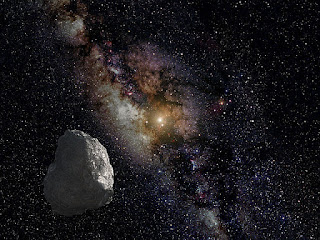 Yes, all these pioneers were men; only a few women get a look-in across both books, namely Hypatia of Alexandria, martyred as a representative of learning and science, and Marie Curie. And Druyan flies the flag for women's involvement in all this.

Perhaps the most moving connection of all is one that Druyan tells us about at the beginning of her fifth chaper, 'The Cosmic Connectome'. She begins, tensely, writing as she waits for the results of delicate, microscopic surgery on her son Sam's AVM (arteriovenous malformation). When the surgeon, interventional neuro-radiologist Dr Nestor Gonzalez, finds out Sam is Carl's youngest son, he tells him 'but that is why I am here!...When you grow up in a poor country like Colombia and someone inspires you to pursue a life in science, as seeing Carl Sagan on TV did for me, medicine is the only avenue open to you'. I find Druyan's observation also very emotional: 'It feels as if, in a completely unsupernatural way, Carl has reached across the decades to help save our son's life'. The operation is successful; Sam's brain has not been damaged. 'All my life I have been writing love letters to science and today Dr. Gonsalvez has justified my love'. 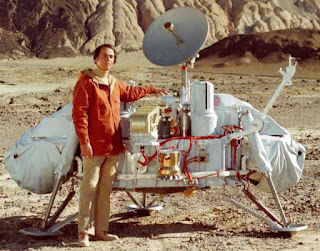 The adventures to find out more about other planets, which started with Sagan's work on the Mariner, Viking and Voyager expeditions, continues. I don't follow Druyan's concluding optimism that we might settle on other planets, other stars, but she earns enough trust along the way to make the case.