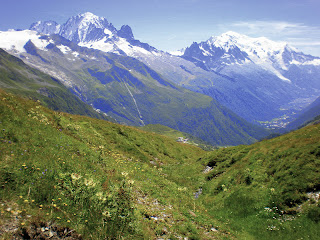 You could with not much effort approach the Col des Posettes (1997m) and the Col de Balme (2191m) via the télécabines from either Le Tour - a pretty village spoiled by a massive car park, which we'd walked to on a previous excursion - or our beloved Vallorcine, where torrential rains the day before had driven us to a leisurely lunch in the wonderful L'Arret Bourgnette. Since, however, it was likely that these high pastures above the north-east end of the Chamonix valley would be dotted with more than a few fellow-hikers, I reckoned it might be nice to have a wooded path up from the valley floor at Le Buet more or less to ourselves. We were delighted to be joined on our last full day by Laurence, Bertrand and Ambroise, who'd prised themselves away from their much quieter mountain hideaway near Beaufort (where the most delicious of the Savoie cheeses we tasted comes from).

The way up, after ten days' worth of acclimatisation, was 'pleasant', just as the trail-book described other such forest climbs; in the beginning they'd just been a slog. The reward is always when the vistas open out and the bigger mountains suddenly reveal themselves in greater splendour than from below - or in this case in splendid strangeness, on the track from Vallorcine which our narrow path eventually met. I think this is the Aiguille Verte, at 4122m junior only to the two peaks leading up to Mont-Blanc and, of course, the Alpine king himself. It reminds me of the planet, asteroid, call it what you will, that looms in Lars von Trier's Melancholia. 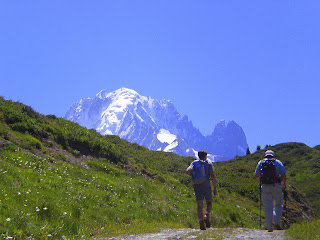 Passing a lunchtime-dormant télécabine from Vallorcine, we were soon out on the alpages, with residents grazing and clanking 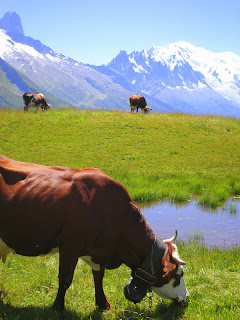 and to my surprise only a sprinkling of other humans in evidence, which made me wonder where all the télécabinistes from Le Tour had gone. So we made ourselves comfortable in the soft turf 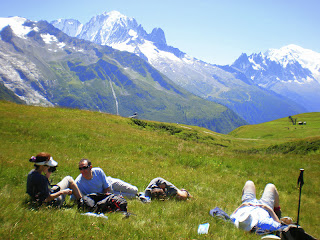 and picnicked, as usual, on the excellent rolls from the Boulangerie Saint Hubert in Chamonix's Place Eglise - our local, along with the nearby cafe. Growing lad Ambroise would, he said, be in need of more calories in an hour or so's time, which gave us the pretext to walk on to the refuge at the Col de Balme. Along the exhilarating high way, Bertrand's eagle eye spotted a handful of gentians - the only ones we came across on this trip. As we know from our Italian Apennine jaunts, they should be seen in clusters, but here's at least the ocular proof of a single Gentiana verna. 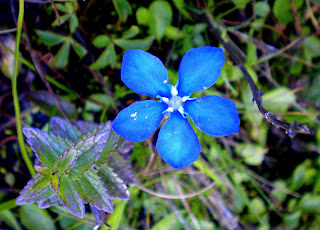 The refuge seemed to be run by a sour crone, and plastered with prohibitions; I imagine in the mists it could be a rather sinister place. Ambroise had his extra sandwich - sans beurre - and we just about downed some evil coffee, looking across at the bar and a stand stocked, as our absent Chamonix hostess Merrie had told us, with ancient but alas not at all interesting postcards of the slopes in winter. 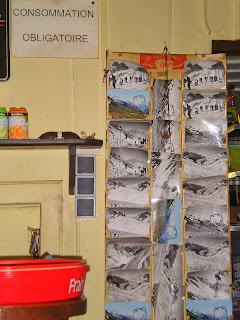 Anyway, it was an atmospheric, almost deserted change from the swish restaurant descended upon by hordes which I'd for some reason imagined. Then it was back along the Col de Balme, which gave us views towards Switzerland 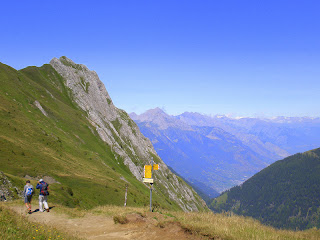 as well as the Chamonix valley in the opposite direction, and down, at a cracking pace, to Le Buet - a fitting final holiday jaunt.
Posted by David at 12:24 16 comments: 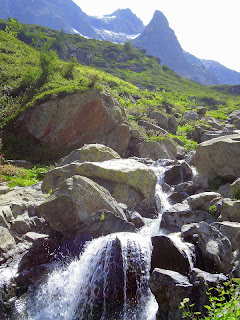 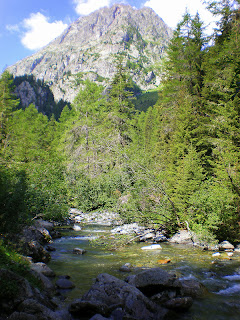 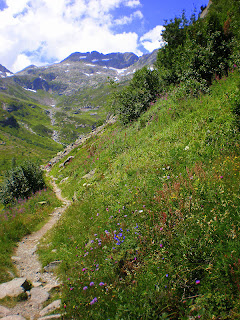 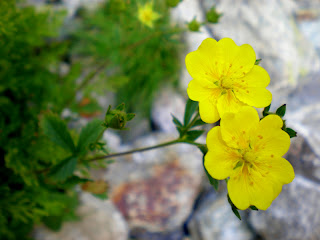 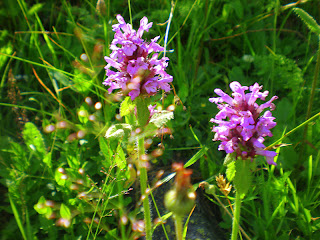 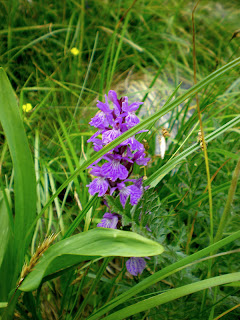 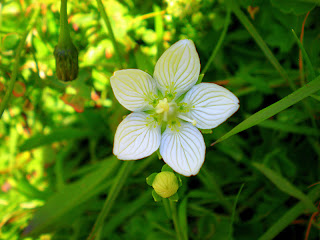 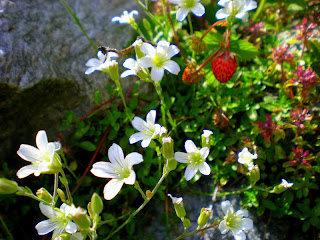 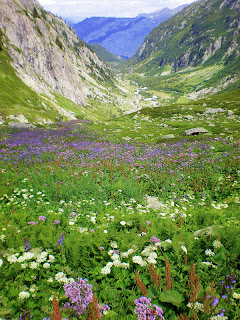 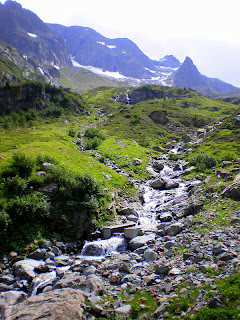 For those intent on further refreshments - we weren't - there's also a pretty-looking chalet-cafe by the Cascade de Bérard. But by then, of course, the enchanted uplands have long been left behind.
Posted by David at 19:17 4 comments: 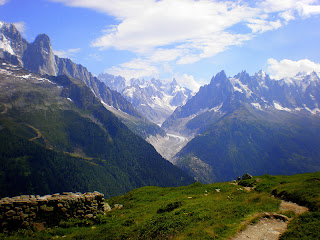 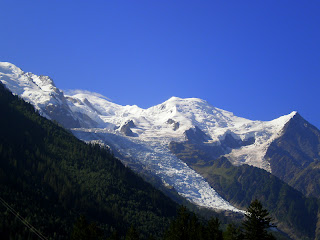 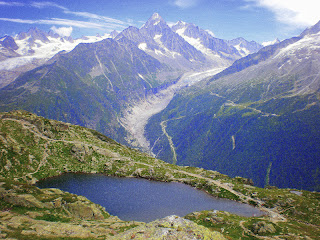 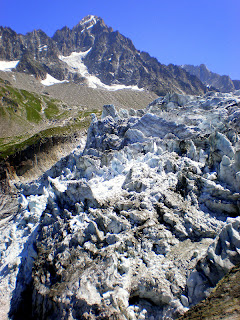 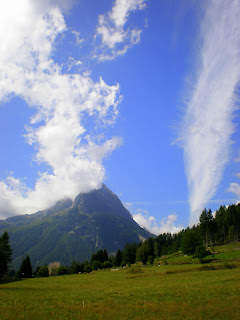 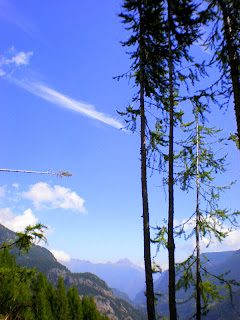 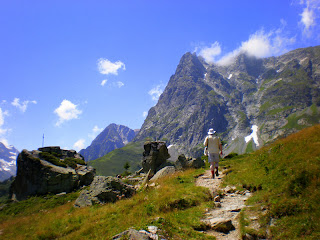 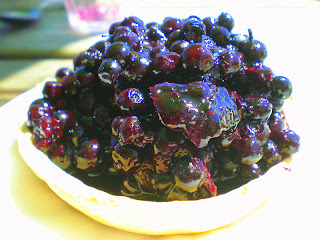 *Perhaps they went up on mules, as (I'm sure) did Napoleon's Josephine and Marie Louise.
Posted by David at 19:34 5 comments: