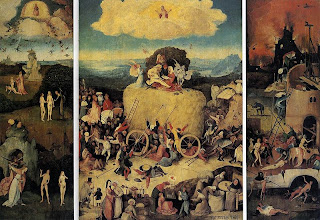 Had he not styled it a Sinfonia da Requiem, and run its three continuous movements - 'Lacrymosa', 'Dies Irae' and 'Requiem Aeternam' - at a highly compressed 20 minutes, Britten's early masterpiece would be officially up there with Elgar's and Walton's two symphonies and the best of Vaughan Williams's nine, not to mention the darker monuments of Shostakovich and Prokofiev. Britten's two, showing he could achieve symphonic continuity outside the opera house, are this and the even thornier Cello Symphony for Rostropovich, which I love yet more dearly. This CD is an indispensible one, though Rattle's recording of the earlier work is one of his best. 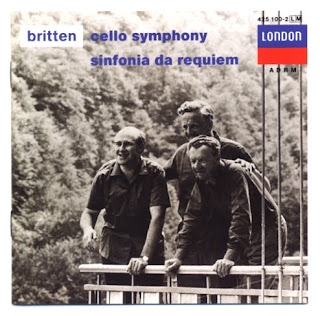 Our new Rattle, Ed Gardner, dared to harrow us with the Sinfonia da Requiem right at the start of another BBC Symphony Orchestra blockbuster event on Saturday, and you can hear the results this afternoon on Radio 3; for some reason, broadcast has been delayed, but it will soon be on the iPlayer for the next week. My colleague and perceptive Britten scholar Alexandra Coghlan reviewed the concert for The Arts Desk. As I'd discovered for the class, and consequently for the pre-performance talk, there were several points of connection with the other epic bookender, Walton's Belshazzar's Feast, which I haven't heard in concert for years. That reminds me I ought to get to the John Martin exhibition soon; his doomy canvases used to appeal to my adolescent love of extremes. 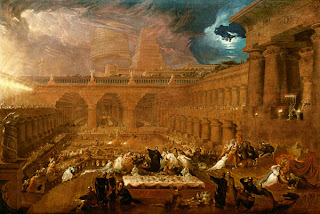 The links? Not only were Walton in 1929 and Britten a decade later young men still in their twenties when they set out on adventures which changed course; both works start - though Walton's takes time to settle - in a D minor lament. Britten's resolves in D, Walton's in the relative major, F, with jazzy accents to the last and a hint at the tritone which, of course, holds the tension to the end of Britten's later lamentatory masterpiece, the War Requiem.

Much to illustrate in the talk, then - too much bearing in mind the BBCSO brief of covering all bases, which meant a not unwelcome injection of what I could bring to bear on the three fascinating Sibelius orchestrated songs in the programme - 'On a terrace by the sea', much blacker than its title suggest, also holds tritonal terrors and modernistically anticipates the Finn's Fourth Symphony by some years - and Sibelius's little suite of incidental music to another Belshazzar's Feast, modest but personal as ever. One thing I hadn't realised at the time was that Sibelius made his orchestration of the Twelfth Night setting 'Come away, death' just before his death in 1957. Delighted to find it on YouTube in Jorma Hynninen's performance. I'd been blown away by his performances of the songs when I was preparing the talk, and though Gerald Finley was fine and cut through a sometimes very heavy orchestra, he doesn't have Hynninen's lower centre of gravity.

All the more fascinating, given the terminal circumstances of the arrangement, that the last chord leaves matters unresolved. 'Komm nu hit, död' ties in two other dying composers' significant end-pieces, Rachmaninov's piano transcription of Tchaikovsky's 'Cradle Song', written in the year of the junior master's birth, and Stravinsky's instrumentation of two pleading-with-God Wolf songs.

So it was quite a death-haunted programme as we enter the silly season; and we can still go deep this Friday when that phenomenal Sibelius interpreter Jukka-Pekka Saraste conducts Sibelius's Sixth and Seventh Symphonies. Why the Bosch above? Well, partly because the Sinfonia da Requiem is a triptych, too, though with a fast-motion hell at the middle, and partly because that Dies Irae's fluttertonguing flutes and muted brass delineate Boschian creatures while not forgetting to hothouse the terror and weave in on alto sax the ever-changing lament of the first movement (it achieves resolution in the finale, but not a falsely triumphalist one). 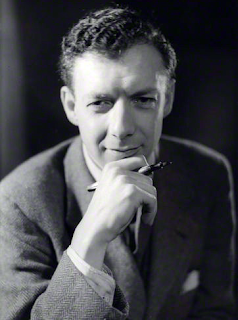 Such details would have led me to guess that the work was influenced by Shostakovich's even more harrowing Eighth Symphony, were it not for the fact that the Russian masterpiece had not been composed at the time of the English one's belated premiere. That took place under Barbirolli in New York in 1941, the Sinfonia having been unsurprisingly exiled from the concert for which it was commissioned, a 200-player celebration of Japan's 2,600 year old empire at which Richard Strauss's noisy occasional-piece Japanese Festival Music WAS performed, and at which the Nazi salute was held during the playing of the Japanese national anthem. Once again, the unwitting Strauss was in the wrong place at the wrong time; but so would Britten, and Britain, have been, had the Japanese royal representatives not objected to his 'gloomy', 'discordant', 'Christian' and of course very uncelebratory work of youthful genius.
Posted by David at 12:19

I can hardly wait to get to this. Britten is a favorite of mine, to begin with, and now I have something new to explore. I will be back, once I have done so (I am hoping you will forgive me for being so tardy, as I am still in the thrall of Abbado and Mahler's Ninth.)

I can well understand the thrall of Abbado's Mahler Ninth. Like I wrote at the time - and this still remains true - the greatest event I've attended in quite a few decades of concert-going. Curiously you'll find young Britten following a rather Mahlerian darkness-to-light trajectory, though it definitely comes from within him. And he was only in his twenties!

Yes, I believe I see what you mean--though I've only had a chance for a first listen today. This was quite the concert, beginning to end, in fact. As for Britten's age when he wrote it--it has to be true that some artists, even though young, are truly "old souls."