Round and round the Ragged School 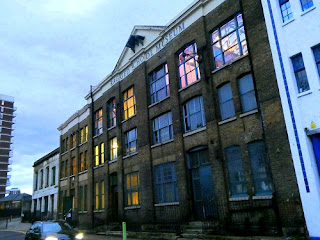 Four times in all, three for the advertised concerts in the phenomenal Ragged Music Festival organised by pianists and partners Pavel Kolesnikov and Samson Tsoy, a fourth for a spontaneous 'musical party' scheduled for 6pm on the third day of the festival; expecting amuses bouches, we got three full, meaty sonatas plus a Mozart finale and the Schubert Fantaisie. Read more about the event, which has blitzed me and spoiled me for everything else for some time to come, here on The Arts Desk.

Two years ago we found a house in a terraced row close to Mile End tube which seemed perfect: it had a garden, and even a dog seemed possible when I discovered the green lung that runs from south to north (where Hackney's Victoria Park takes over). In the end, the additional costs proved impossible and we stayed put in the west But I loved the area, and I love it even more now that I know it embraces the Ragged School Museum, reached by a walk from the tube through aforementioned green lung. What's been done with urban nature here is so impressive, starting with the green bridge joining up the two 'wings' of Mile End Park over five lanes of the M11 near the station. 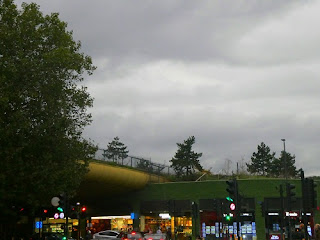 As Isabella Tree points out in her must-read Wilding, this is (or was at the time she wrote the book) only one of two land bridges in the UK. The Netherlands, she reports, has 62 such 'ecoducts', so there's a lot of catching-up to be done.

I know Erica Davies, its enterprising director, from Freud Museum days (I think she was just beginning there when my year as a guide under the Manpower Services Commission scheme came to an end). We shared a table, at a respectable distance of course, when Samson gave his first recital with Alina Ibragimova at the Fidelio Orchestra Cafe (a momentous meeting which led to the phenomenal musician's collaborations with Pavel, Samson and their friend/mentor Elisabeth Leonskaja here). But I knew nothing more than the slightest hearsay about the RSM. I can see why the pianists fell in love with the place as an atmospheric setting for their festival. All concerts took place in the former boys' schoolroom on the top floor. 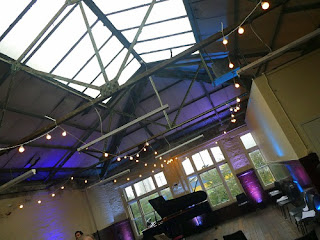 A brief history is given here on the RSM website, but let me paraphrase and quote from it. Irish doctor Thomas Barnardo was horrified by conditions in the East End of the mid-19th century, not least an appalling cholera epidemic, and set up schools to provide free education for children whose families wouldn't otherwise afford it (even where they might have been admitted elsewhere, if they couldn't afford decent clothes, they would be excluded. Not in Barnardo's set-ups). 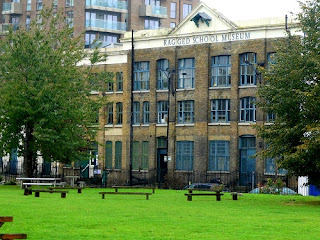 In 1877, 'Barnardo’s Copperfield Road Free School opened its doors to children and for the next 31 years educated tens of thousands of children. It closed in 1908 by which time enough government schools had opened in the area to serve the needs of local families.

'The buildings, originally warehouses for goods transported along the Regent’s Canal, then went through a variety of industrial uses until, in the early 1980s, they were threatened with demolition.

'It was then that a group of local people joined together to save them and reclaim their unique heritage. The Ragged School Museum Trust was set up and the museum opened in 1990.' 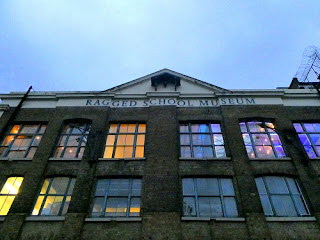 Richard Griffiths Architects won a competition to set about sensitive conversion in 1988, but more remains to be done, and they will be involved again in a major renovation. As it is, of course, I love the multiple staircases and the odd showpiece like the schoolroom where thousands of children still learn what it was like to be educated here in the 19th century, My distinguished student Robin Weiss went and was rapped over the knuckles for writing with his left hand. 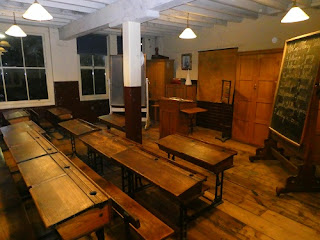 Clearly much remains to be done over the next few years, and I like the idea of a cafe with a terrace on to the canal at the back, but I hope the essential character won't change.

The display on the ground floor is very informative 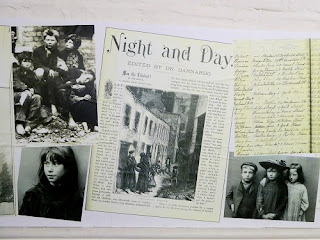 and benefits from local donations, including charity collecting tins and boxes, 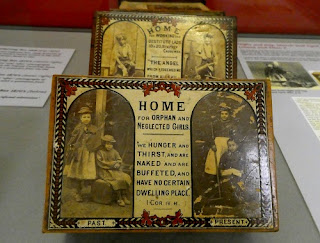 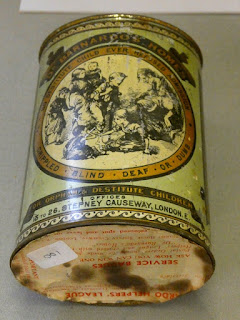 At any rate it was all remarkably atmospheric on a weekend where it hardly stopped raining. On the Sunday we had a very cosy lunch at the Afghan/Persian restaurant Ariane before the 3pm concert. Warmly recommended for setting, starters like the mix of salad leaves and herbs called sabzi khordan with lavash bread cooked in the nearby kiln 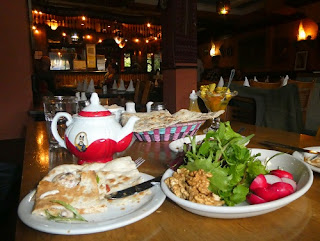 and a menu of food most of us won't have had in this shape or form - when we travelled round Iran, all we ever got in restaurants was cholla kebab with a raw onion - but the main dishes seemed rather underspiced. Still, it's right opposite the museum on the other side of the 'lung', so that was useful for not having to get too wet moving from one place to the other.

Finally, a few more pics of the occasion itself, which is still reverberating with me a week later. Here's a photo Samson proposed of the line-up - five out of the six performers: Andrei Ioniță, Samson, Alina, Elisabeth Leonskaja and Pavel. 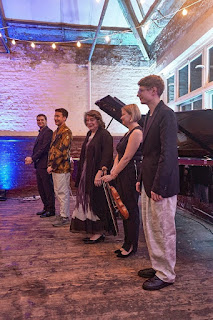 I turn to photographer Eva Vermandel for a few more pics I wasn't able to use in the Arts Desk review: to complete the line-up, clarinettist Nicolas Baldeyrou 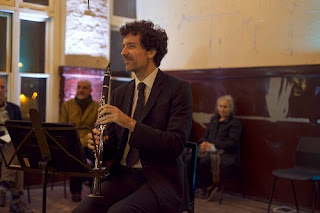 and this intriguing shot of Samson, Leonskaja and Pavel in their trio effort at the end of the Brahms waltzes sequence. 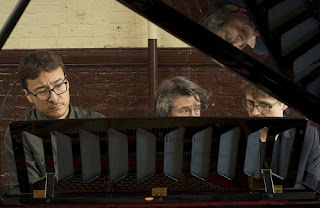 I love it that you can't tell EL is smiling from her eyes, but then you look at the reflection in the piano lid. What a miracle that she could come, and how ecstatic she seemed at the end of proceedings. As were we all - but I even wonder if the artists didn't end up less exhausted than the audience. It's demanding work, being an active listener...