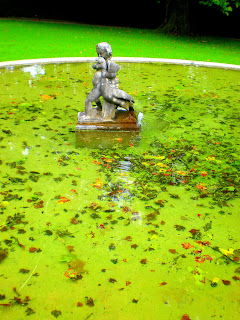 So many premature auguries of Autumn recently that I'm loath to accept we may be almost there. The prognostications included the winds which brought down the leaves in the Rietpark of Zurich's Villa Wesendonck in Zurich during late August (above and below); within days we were sweltering in the last heatwave. 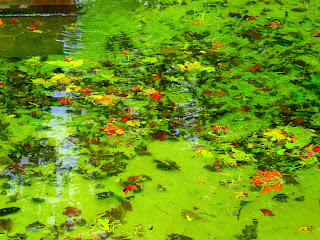 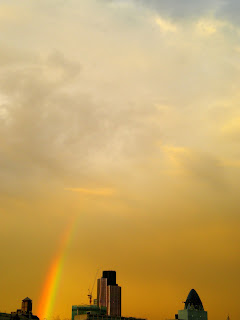 yet I did the same last Thursday, going on to the Angel via St John's Street (fascinating), and sweated in my thick woollen jacket.

Thought this rather optional weatherchat might be the good place to post shots of the fungi we encountered during the sunny, warm afternoon of our Norfolk Churches Walk along the river Nar (funds are still coming in; it's never too late). No mycologist, I can't identify these two but I live in hope that some expert reader may may able to help me out: 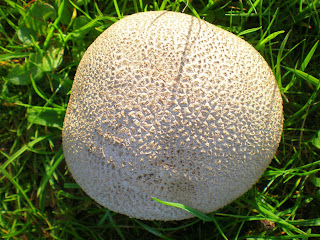 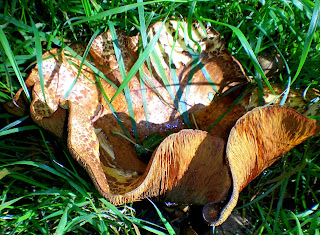 and while the little 'uns may be a familiar sight in many gardens, the patterns they made in West Acre fields seemed rather singular. 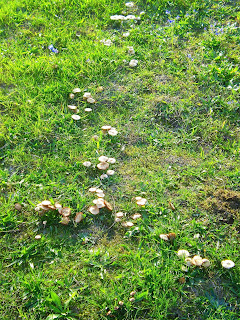 The August rains have ripened both the mushrooms and unusually rich blackberry pickings in the hedgerows this year. 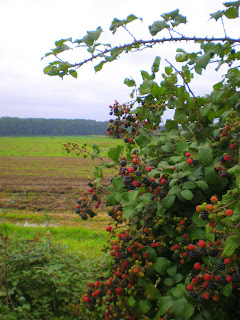 Meanwhile, in Djenne, our beloved Sophie's hotel is bracing for the annual invasion - looking a litle more serious this year - of the waters. She's in Tunis with husband Keita for his crucial stem cell treatment - which, praise be, the Malian government finally agreed to fund - so she finds herself on the horns of a dilemma, how long to stay and what good it would do to go back. I take the liberty of including this dramatic photograph from several years back to point you in the direction of her ever-incidentpacked blog. 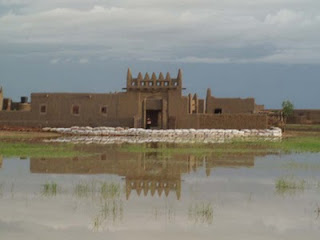 Anyway, Weill's September Song is on my mind. I remembered our friend and ondes-martenotist Cynthia Millar waxing lyrical about Walter Huston's version, but it didn't do much for me beyond its novelty value. And the song needs careful handling if it isn't to sound rather square. So three cheers for Chet Baker's trumpet, and - here - the words as well from Sarah Vaughan with Clifford Brown:

and if that swings just a little to hard...

What's wrong with the divine Sarah, Sebastian? And could you give me the keywords to enter into YouTube, as I've lost the knack of summoning up the films that way...with a word as to why? I'm always happy to learn from an expert...

Sure. Nothing wrong with the Divine Sarah at all!

the second to a really smoochy French version of that song

It's raining, it's still September - and this is so bittersweet! Loved the previously unheard of (by me) French dame - 'notre chambre/en Septembre', c'est charmant! Thanks for both.