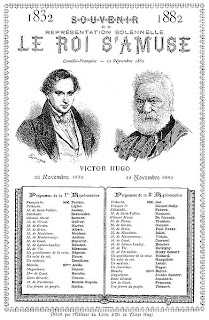 More immersion in delectable Leo Delibes after the Building a Library Coppelia, this time for the Royal Opera's website composer profiles, led me back to listen more carefully to the bits and bobs he wrote around the masterpieces. That's to say, his additions to Le Corsaire and his contributions to La Source - at least three unforgettable inspirations - as well as his incidental music for the 1882 revival of Victor Hugo's Le roi s'amuse (on its fiftieth anniversary, as the above playbill tells us).*

That's better know to us as Verdi's Rigoletto (Hugo's role, the jester Triboulet, has some of the hugest speeches in the repertoire, as Ken Stott so grippingly proved in Tony Harrison's brilliant adaptation for the National Theatre, The Prince's Play). The character Verdi presents to us as the Duke of Mantua was originally the French king Francois I (here seen in the famous portrait by Jean Clouet) 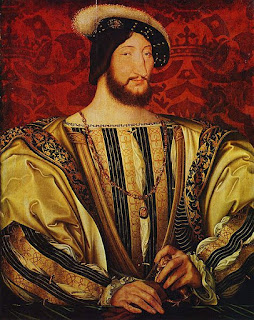 hence Delibes's little numbers in all sorts of period styles. He uses the same Pavane from Arbeau's Orchesographie to which Warlock later turned in his Capriol Suite, but the real delights are his own memorable and delicately-scored inventions. They include the opening Gaillarde with its sublimely simple trio section - inspiration, surely, for the beginning of Ravel's Le tombeau de Couperin; the 'Scene du bouquet' with its melancholy, pizzicato-accompanied cello theme; the Madrigal, which could be an Elgar miniature - remember that Elgar loved and often played these French bon-bouches; and the famous Passepied. Here it is in the composer's own transcription as fleetly played by Ossip Gabrilowitsch.

The orchestral performances to hear are those of Sir Thomas Beecham, always a perfect encorist (lollypop man, as he preferred): indeed, to set alongside these, I find only Sibelius's 'Song I' from The Tempest to be of such comparable understated, temperature-lowering but heart-warming perfection.

A corny link here, but the other French delicacies I have in mind are comestibles, those exquisitely prepared by the chef of the French Ambassador's residence. The menu reads like a poem, and not all the words in this strange new vocabulary could be translated by the French diners. 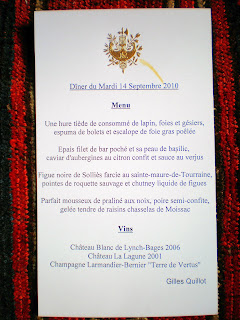 The menu was for the farewell of the gorgeous Laurence Auer, a never-too-grande dame I'm proud to call my friend since she has so much warmth and naturalness that I find it hard to believe she carried out so hyper-efficiently all her duties as the head of the French Institute (well, natural warmth is not inimical to high-flying hard work). She now leaves to take up an even more elevated cultural role in Paris. 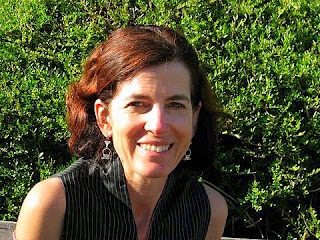 Sante, Laurence, and congratulations on your recent marriage to the charming Bertrand, who played on Tuesday in loving honour.

*Rumour, or maybe more if scholarship has moved on, would have us believe that he also wrote the ballet music for Gounod's Faust - and missing it tonight in ENO's so-so new production, it struck me that apart from the trio tune it's the only musical inspiration in the later stages of the opera worth its salt. And there's even a hint of sensuousness in some of the numbers - which Delibes could manage, and which I find not a trace of evidence elsewhere to the effect that Gounod could, too.
Posted by David at 11:46

I'm going to have to stop reading you if I plan to have any money for my old age. I immediately went over to Itunes and bought the Beecham. It's utterly charming - I love his "lollies".

Not sure if you saw the marvelous designs for the Scala Coppelia that I posted as part of the costume exhibition slide show. Pure fantasy peasant life but fitting that wonderful score. We are getting the Ashton Sylvia here next month - sadly with our own Teatro dell'Opera Ballet but at least with the lovely Polina Semionova dancing the lead.

And as for not reading you again - nope, not going to happen. I'd miss out on too much good writing and good times.

Gosh, Will, did you put together that invaluable Smilebox collection of Scala costume pics yourself? A labour of love.

I do, though, find Luisa Spinatelli's Coppelia designs too kitschy (and inappropriate) even for the world of ballet. Squarciapino's Sleeping Beauty fairies are more like it.

For a really lovely trad Coppelia, attempting to recreate the original, you should see the DVD of the two-act version done by the Paris Opera Ballet junior school (more expense, but worth it).

And the Ashton Sylvia is very poetic - though I shall never recover from seeing the legs of Roberto Bolle for the first time. Don't suppose you'll be getting his Aminta. Also to be seen on a Royal Ballet DVD which used my programme notes.

Why is France ( and her daughter Belgium, her step daughter Switzerland, and her cousin Italy) so good at food and the England so hopeless?

Give an Englsh and a French chef an egg each to fry and you will taste - even see - the difference. Of course some Englismen can do it, but only a minority of customers will notice the difference if he is off on TV.