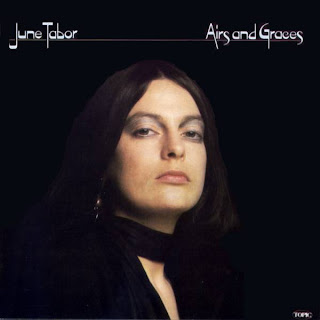 Tolstoy may have had some crazy ideas about art and the battle of the sexes, as I found in that hard-going but revelatory trawl through the diaries, but in the former case, at least, there's sometimes a grain of truth. This is the man who thought Dante and Shakespeare had only acquired their great reputations 'by chance', who told Tchaikovsky Beethoven 'lacked talent', yet who could weep over Tchaikovsky's Andante Cantabile and Goldenweiser's Chopin.

As often, his theories did not always run parallel with his feelings. He tried to talk himself out of western conservatoire-trained music, claiming that the history-books only told 'the history of artificial music, ie of how real, melodious music was deformed'. I'd qualify but not entirely disagree with his comment that if you say you don't yet understand a work of art yet, 'it means the work of art is not good, because its task is to make understandable what was not understandable before'. And if I give even lip-service to his abhorrence of contrapuntal music - 'the destruction of music, a means of perverting it' - it's only because much the best thing I've heard at the Proms this year, where for various reasons I've been to less than usual and shall be attending fewer still, has been June Tabor with her two unaccompanied folk solos, captivating a late-night Albert Hall audience. Hurrah that both are now up on YouTube. Here's the first

and the second, purging the rather overblown Percy Grainger arrangement that came before it, which was done with suitable fulsomeness (you see, Ismene, I use the word correctly here) by the BBC Singers and Northern Sinfonia.

Since that revelation, I've been ordering up June Tabor CDs - I actually found I had one track, about a dying miner, on the CDs accompanying Tim Winton's stunning novel Dirt Music - and while the smoky tones of later years may not have developed on one of her seminal albums, Airs and Graces, back in 1976, the solo tracks here are just as moving, not least her highly-acclaimed treatment of Eric Bogle's Gallipoli threnody The Band Played Waltzing Matilda.

Interesting the difference between her younger and older voices. From a short listen, I seem to prefer the latter.

It's a tricky business, isn't it? If we don't try with something new, our chances of understanding are lessened, yet, finally, no matter the level of effort, some things are beyond comprehension.

What remains a constant is her perfect intonation, so difficult in unaccompanied solo song.

My qualification would be that I could say 'I don't understand this piece but there's something in there that makes me want to hear it again' - which there isn't, for me, in nine out of ten new pieces.

Oh no that Albert Hall is in the news again, and not because Claire managed to get to her only prom this year (apart from the Hildegard matinee at Cadogan Hall but that didn't feel like a prom).

As a non-jew who has worked extensively with Israeli musicians in the UK and occasionally in Israel I'm not hypocritical enough to support the academic and cultural boycott of Israel. I wouldn't anyway - I can't make comparisons between the more clear-cut anti-apartheid campaign and the murky mess of middle-eastern politics.

But your Arts Desk colleague's report on the IPO protest jarred a little as it's not the Jewishness but the Israeli-ness of the orchestra that they were protesting about. However wrong that protest was and however annoying it must have been.

Both our family RAH experiences in the gallery were visually restricted but otherwise uncontentious. The children lasted the whole of the 2 interval marathon but we could have left before Profokiev's 4th overworked and under-focused symphony, especially after all the sharp definitions and contrasts of the other pieces.

At the very of the gallery over the stage we had a grandstand view of brass and percussion in Copland's Fanfare, more percussion in Bax's dark and mysterious 2nd Symphony, strings in Barber's Adagio and Yuja Wang's brilliance and telepathic dialogue with the percussion in Bartok's 2nd piano concerto, depsite having her back to them, and us.

Did I mention the percussion? I would have reversed the running order to finish with the Fanfare ringing in our ears and the Adagio for Strings remaining as the concert's sadly serene emotional centre.

Our second visit took in Ravel's lovely Sherezade songs, a less impressive Stravinsky Symphony in 3 Movements and a rousing Tchaikovsky 4th finale. Worth it despite the restricted view. But not as restricted a view as the protesters in the Hall last night...

That's all very well, Howard, but you didn't say whether you like the divine June.

I agree, the Israeli peripheral issues have bogged down Igor's piece in a welter of mudslinging comments which do nothing to establish the truth (what IS the Israel Philharmonic's role vis a vis the state?). I am, like you, appalled at the charge of anti-Semitism which, whatever the wrongheadedness of going about the protest in that way, surely isn't an issue.

Anyway, glad you liked the Prom you went to and sorry you felt as you did about Prokofiev 4. It can come across that way. Not that if I'd been around I would have gunned down the Bax, as one presumptuous stalker says I would have done (in fact I very much doubt it, given what I've heard).

One of the moral and practical faults in recent decades has been the idea that in the face of evil regimes - or ones perceived as evil - the right thing to do is to divorce oneself from them in every way, and, to take a usual example, cut off trade. It is more moral and of practical value to seek out the best ways of effecting change. Economic growth was a factor in dissolving apartheid in South Africa. To take a "moral" stand against trade at that time, and at present against trade with the many unpleasant regimes, is self indulgent and not very admirable. That is not to say that no action need be taken - in the case of South Africa, the sporting ban was very effective in bringing home to a sports mad nation its pariah status. But it was right to go on playing sport with the Soviet Union, horrible though that state was. Each action and each case is a separate practical problem. Thus dealing with Gaddafi when it seemed that he was coming round to reasonableness was the right action, even though the attempt turned sour.
In the case of Israel there is a very special factor. The Israelis are parti pris to an extraordinary extent, seldom seen elsewhere, a characteristic which is if anything increased by opposition ( of any kind). Thus - in a way the point is the same as the point above - one has to avoid just striking out, sit down and think of a way of managing the position, and of managing the Palestinian side. Sometimes problems run and run.....but sometimes they are solved or dissolved, as in Ireland

Sadly the divine June was not part of my Prom experience this year, until now of course, but yes she is fab and always had the purest of the folkie voices which has matured wonderfully, somewhere between Sandy Denny and Nico.

Susan Graham was pretty divine too although the Sheherezade cycle required a more intimate venue. Even so the whole concert was beautifully controlled by Colin Davis in both the calm of Ravel and the stormier Russians but I worried for his health as he seemed rather frail. In contrast the Jugendorchester were superb despite their youth - with much hugging between players at the end.

I'm sure you would have appreciated the Bax, in the orchestration as well as the thematic flow. A new work to me (and the Proms) and one I'm keen to explore further. It hung together more than the Prokofiev although without his more obvious melodic muscularity. A great work by a lesser composer, as against a lesser work by a great composer.

I was surprised to see Yuja Wang with a score which she had to turn herself. There was criticism of her virtuosity as "boring" in the NYT recently http://www.nytimes.com/2011/08/14/arts/music/yuja-wang-and-kirill-gerstein-lead-a-new-piano-generation.html?_r=1 but I thought she really sparkled, even if the orchestra overwhelmed her at times. But that's the dynamic of the piece and maybe Andrew Litton should held them back a bit more.

The high point of this season for me was the Music for 18 (+ Steve Reich) Musicians, while on the i-player it was Andras Schiff, with Chloe Hanslip's Schindler's List a close second.

I was reminded by your comment over my way today of the 1 out of 10 comment you made on this post. Have also been thinking about John Adams this AM, too. While my musical knowledge next to yours is the size of a flea's, I do think Mattingly "has it" in a way Muhly has never had for me. Of interest, vis-a-vis John Adams, Mattingly took part in Adams' Young Composers Orchestra, worked with him, and I believe still takes private lessons with him when in California. So, while I don't believe him to be in any way derivative, he's definitely sitting at the foot of the master. (Not to take too many more of your airwaves up, but I do realize saying he's in "the" pantheon reflects my own boundless enthusiasm as much as anything else. I considered changing it to "my" pantheon, but "the" is my truth, so I stuck with it.)