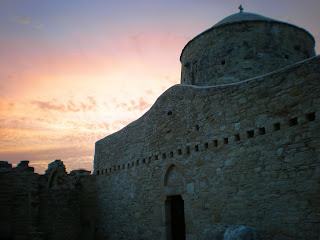 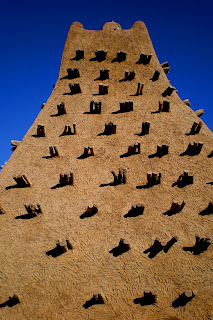 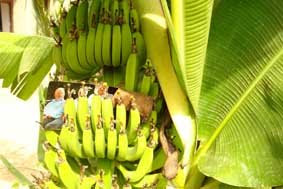 you mentioned that you had an MRI scan earlier in your blogspot. Was it painful? I only ask because I am about to have one at the end of February

No, just noisy as I wrote, and of course a bit claustrophobia-inducing. I thought Sibelius 6 would be the ideal calmer-down, but even if they'd let me have headphones (which I think isn't done, though that or earplugs would be a good solution), it probably would have lost the battle of sounds with the disconcerting drilling.

Admittedly I came here this morning primarily to check out a quirk I have been recently having in some Blogger blogs where, when I try to get to the commenting field, I am taken to a Google Search page instead. For what it is worth, I find that, when the commenting field is on the same page (or rather when comments which have already been submitted) are on the same page as the post, this quirk happens when I press the link for "Post A Comment," whereas, when both comments and the new field are on a separate page (as here), all works as it should.

Yet, having come, I found this reference to MRI's. I had one, of my brain, last year, to determine a possible hearing problem, and, as you observed, it was _MOAST_ noisy, though they gave me ear plugs to try to lessen that. And to think that I was being subjected to such in a test meant to determine what was going wrong with my hearing! The test showed no problem, so I must have sustained just a _VERY_-minor loss at worst!

To close on a musical note, Dr. Helmuth Rilling is scheduled to conduct _The_ _Creation_ in Carnegie Hall a week from tomorrow evening, and one Miss Gritton is scheduled to be the soprano soloist. I am hoping to attend, further hoping to have a second meeting with her thereafter if all goes well.

Hoping, as usual, that this finds you and yours well, and with renewed best wishes,

I neglected to say that, in this area, there is something offered, called Open MRI, during which one can, if one wishes, watch television, etc., and also apparently be in whatever position one wishes. Not knowing what I was going to go through, I did not enquire as to the availability of that for my study.

Where could a person find a copy of Prokofiev's Melody in E-flat (no opus #) from his early days of composing? I have hit a dead end in my search. I noticed, however, that there is an excerpt in your book, so I am hoping that you can help me!

Greetings, Brent. I have the E flat Melody in Ricordi's publication of 'Childhood Manuscripts' ('Manoscritti Infantili')compiled by M Reitich. I seem to remember Boosey's also publishing a selection, but with fewer numbers. Hope that helps.

Thank you so much - this information was exactly what I needed!

Hi David, this is Pedro, in Madrid. Hope you're well. Nice blog. I tried to contact J by e-mail (at work) without much success. Perhaps you can provide me with an e-mail address. Take care. P.

David, sorry, Pedro here, my e-mail address is pplanaslera@sln24@london.edu
Hope this reaches you, I'm not familiar with this platform at all.
Best, P.

Pedro - good to hear from you. But I don't think that e-mail with the two @s will work - send another message (I can just take the proper e-mail addresss from it and won't need to publish it here). D

I received your comments, and, since you say you are trying to reach someone called J., and since I am the only one with that first initial who has been commenting in this thread so far as I can recall, are you trying to reach me? If so, please feel free to respond to this message with whatever matter you wish addressed.

Hoping that this finds you well, and with best wishes,

No, thanks, JV - the J in question has been commented about, but not commented. And Pedro, I think it's sorted - that first @ should have been a . - J should have e-mailed you now.

I had the _CD_ _Review_ _Newsletter_ this morning, and, noting the Sibelius emphasis near its end, I was unaware that he had written incidental music for _Belshazzar's_ _Feast_. Since both Handel's and Walton's works on that subject are based on the actual Biblical account , is there a play for which Sibelius wrote his music?

I will be especially interested in next week's _Building_ _A_ _Library_, on _Die_ _Meistersinger_!

p.s. I was going to say that the two previous works were based on the Biblical account to varying degrees since, of course, Jennens' libretto is largely-original text whereas Walton works straight from Scripture.

Based on my initial response to the music, it is ttempting to call that "Jewish Song" charming, but, since its subject is not, I must assume that to be wide of the mark, though there can be no denying that music's beauty. As for the _Suite_, it is also most attractive, but where are the "drunken revels and loose disorder?"

I did not go to New York for that concert, so might use some of the money saved from not so doing for CD's, possibly to include one or more of the ones we have been discussing of late.

p.s. I nearly forgot to say that I have always found Maestro Dorati a fine Tchaikovsky conductor, and the feuding music in his _Romeo_ _And_ _Juliet_ came off quite fine, though I was surprised at his restraint at the climax of the returning "Love Theme." I later listened to some clips from that Dorati Tchaikovsky box, and was _MOST_-surprised at his slow tempo for the beginning of the _Fifth_ _Symphony_. As we both know, Maestro Muti is also a fine Tchaikovskian, and his "Love Theme" return is more "schmaltzy." By the bye, I have often wished that the oboes at the beginning of that return could phrase those first two pairs of notes _AS_ pairs with a little space between them, but nobody does that so far as I know, so must assume that TTchaikovsky asks for legato there, though the comparable passage in the final pages, in Dorati at least and probably in others, is so phrased.
And I have not overlooked that music's appearance, in D-Flat and on muted strings, where it is also usually, if not always, phrased legato.

With a fair amount of difficulty, some of it admittedly, it turned out, of my own making, I downloaded the Kempe _Ariadne_ this morning, and subsequently burned the Prologue to a CD. The Opera itself now awaits burning in a playlist.

Does Strauss specify how many strings he wants?
There seems to be a fair amount of delicacy here, though the climaxes are suitably radiant! And I am not certain that Maestro Kempe is here following what I understand to be his normal practice of separating his first violins from his seconds, though, if he does not, could this result 1. from the smallish size of the string band, or 2. from the composer's instructions, if any? I have never especially cared for Mr. Adam's voice, but one can never deny his intelligence and musicianship, and I actually do not find him objectionable here. And his frequent partner, Mr. Schreier, is his usual rather-fine self. I currently do not recall who the Composer and Zerbinetta are, but both of them seem to quit themselves well, though _MAYBE_ there is the occasional coming in under the note. I generally do not care for Central-European oboe playing apart from the VPO's and, of late, the BPO's, but what we have here is surprisingly agreeable! I am already coming to like this somewhat-unfamiliar-to-me opera, particularly the Prologue which I know least, and am warming even more to the Opera itself from brief listenings, though I have heard it all at least once, and some of it more than that! I read some years ago that it was Strauss's own favourite from among his operas, and it might possibly end up being mine!
And I nearly neglected to say that I have enjoyed what I have heard here thus far from Miss Janowitz!

So this must be a busy patch for you?

A reply was long overdue to you, JV. Strauss's string scoring for Ariadne is six violins, four violas, four cellos and two double basses. The prelude to the opera proper is scored, essentially, for a string sextet. I believe he'd thought of having a chamber orchestra augmented by a larger orchestra at Bacchus's entry, which always seems to me to overstretch the forces a bit.