A spontaneous walk above Lerici 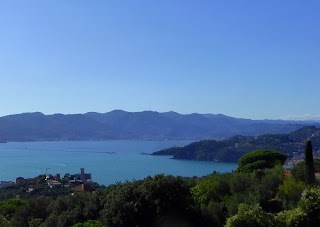 No doubt at all: discovering Lerici and that part of the Ligurian coast as a guest at Gianluca Marcianò's Suoni dal Golfo Festival in late August was a revelation. Some years ago we walked the Cinque Terre route in late October, just after a storm had caused landslides; I'm told the route is choked now. So, much as I don't want to spread the news, come and ramble here. I've only touched the tip of the walking iceberg, but now I know where to start and where to get hold of maps, I'll be back. 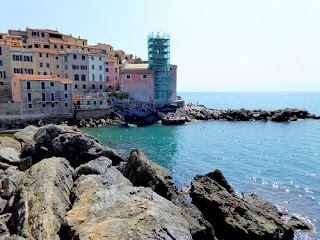 To Tellaro, that is, the exquisite seaside village which was to be found ten minutes' walk from the simple but perfect Hotel Rosa dei Venti in Fiascherino where some of us were accommodated - infinitely preferable, I think, to the blingily redesigned and much more expensive Villa Magni, the Casa Shelley in San Terenzo.  Better views, too, especially from the roof terrace. 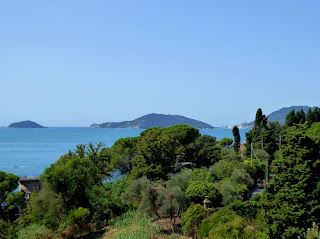 I only got to see Tellaro on my last morning, and fell in love. This was D H Lawrence and Virginia Woolf territory, as Lerici itself is proud to proclaim in literary posters. But now the area mostly has the air of an exclusively Italian holiday destination, and absolutely not a fancy one like nearby Portovenere, our starting-point for the Cinque Terre expedition. 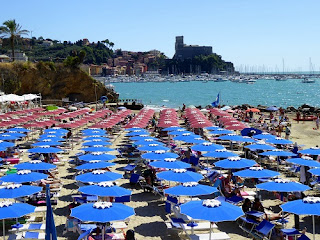 Having walked around the promenade to Shelley's place and back, duly observing the plaque on the side of the now-hotel 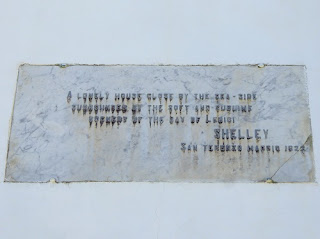 and enjoyed the only attractive feature of its now-limited garden, the grotto, 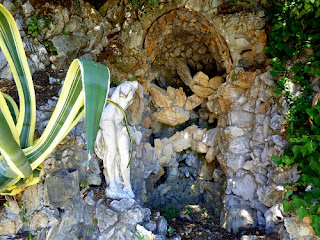 I then thought I'd ignore warnings about the busy, twisting coastal road and head back up to the hotel. I'd heard that some steps up provided something of a short cut and a break from the speeding cars, but the ones I took went up... 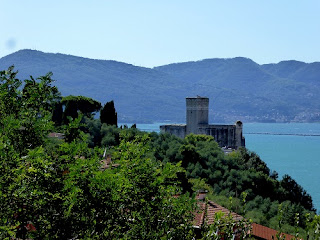 and up, until I arrived by chance at the hill village of La Serra. This gives views right across the bay. 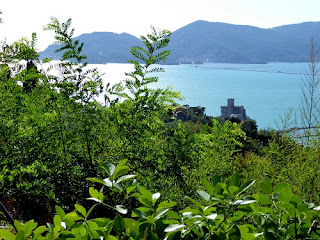 You get an especially good view of San Terenzo, which I've closed in on here. The Alps are visible, at least to the naked eye, beyond. 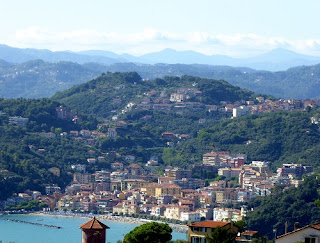 A bar was conveniently to hand, so I stocked up on liquid intake and then, mapless, had to take a gamble to get back to the hotel below at Fiascherino. Where would the road take me? Round the edge of the village at first, obviously. 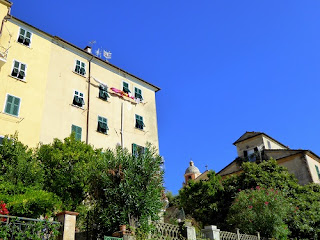 But then it had to negotiate a wide valley, and continuing would take me beyond where I wanted to go. Seeing the wooded peninsula beneath, 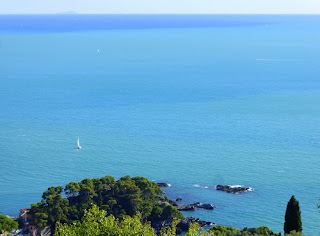 I ventured on the first track I saw going down to the right, which soon joined up with what turned out to be the major footpath between Montemarcello - clearly the right destination for a longer walk - and Lerici. 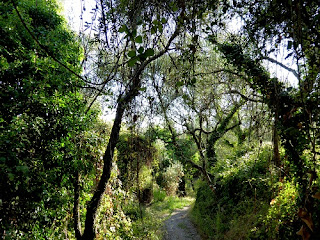 There were handsome olive groves here, 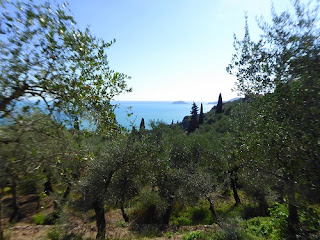 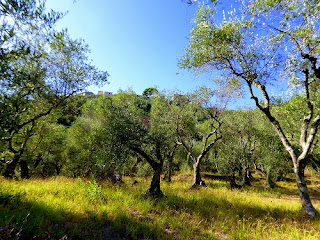 and a view across to the south hillside with remains of ancient terracing, 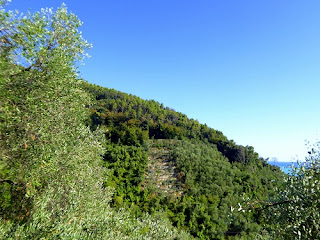 and the wooded slopes of what turns out to be a national park ever more apparent as the track curves round the valley. 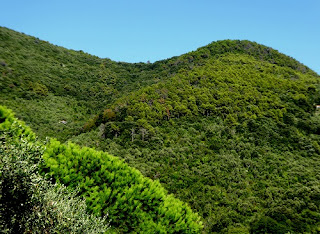 It was enticing to continue along the footpath more or less parallel with the sea, but I hazarded another guess turning down to the left, and that brought me out exactly where I needed to be. Needless to say the bus for the first concert in Lerici was 20 minutes late, so I missed the beginning of Samson Tsoy's recital, but what I heard of his Schubert and Schumann was wonderful, and afterwards the castle terrace gave good views out to the sunset. 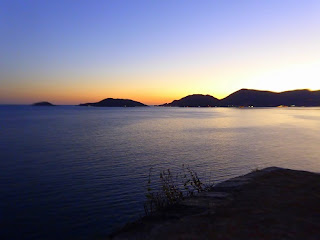 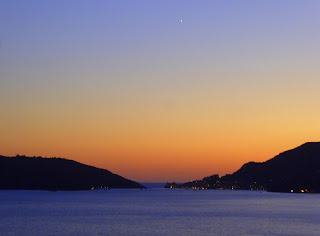 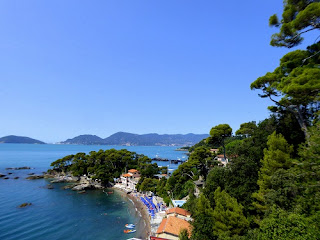 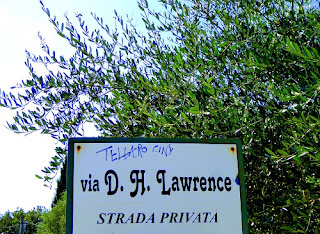 into the village where the road stops and it's pedestrians only, 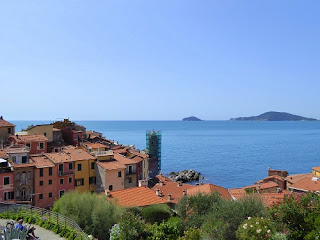 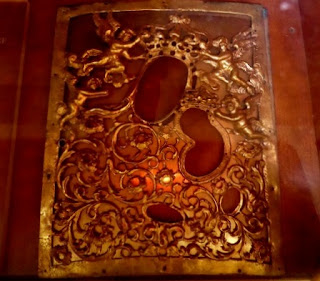 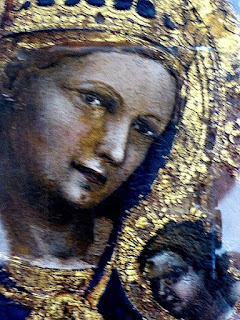 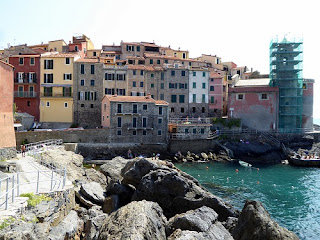 before having coffee on a beautiful terrace with Jill Segal, whom I bumped into in Tellaro and whose organisational skills should save the festival from its only bad side - chaotic planning, quite a major fault. But I really wish it well, and hope it lives to tell another tale next summer. Whether that happens or not, I'll be back in the area, hopefully in the spring.

You are an intrepid explorer, and appropriately well rewarded for it. Beautiful countryside, and it looks like the weather was splendid, too.

Truth to tell, it would have been a bit too hot for a full day's walking at that time of year. But so beautiful, and as for the swimming...