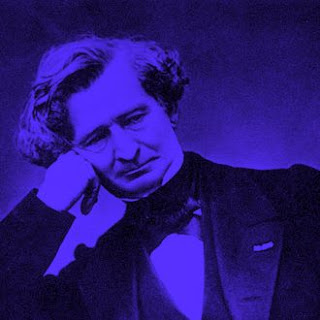 It's been a hyperaesthesic, diverse ten days in London by any standards: a Spanish/Argentinian fiesta, Arab-Andalusian music (more below), the greatest violin-and-piano duo I've ever heard in the concert hall, gay men stripping off above the Stag pub in a truly terrible adaptation of Schnitzler's La Ronde, Russian women on their way to Siberia as well as hoping to get to Moscow, and even a glut of short films made by schoolkids about their pets, environment and sporting enthusiasms at East Finchley's Phoenix Cinema on Saturday afternoon (reason: the European Commission sponsored the project). But what's truly been thrumming through my brain and making me wake up early is the length/breadth of Berlioz's Romeo et Juliette.

I'm listening to about a dozen recordings - not all available or quotable - for Radio Three's Building a Library (transmission due on 5 February, assuming I've recorded it by then). And such is Berlioz's incredible invention that from hour to hour the ideas and themes in my head that won't give me any peace shift from one movement to another. His 'dramatic symphony' is the musical equivalent - and from 1839! - of Joyce's Ulysses in that for each 'scene' he makes a stylistic fresh start. Structurally, thematically, orchestrally and vocally there's nothing like it in the whole repertoire (Wagner was hugely impressed, if with mixed feelings, but he took the revolution in a whole different direction).

Clearly it's not my place to discuss the various recordings yet, but what's changed in my attitude to the piece? Chiefly the usefulness and originality of the vocal outer portions: I understand better why Berlioz wanted to set up the drama to come with his Greek chorus and soloists, and why the big operatic final scene dominated by Friar Laurence with the massed choirs (below cartoon by Dore) has to be; even though clearly it's disproportionate to Shakespeare's intentions, it makes good musical sense. 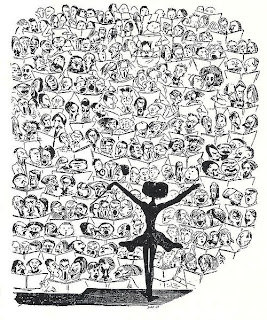 I'm also amazed by the interconnections, which mean that any movement or set of movements is diminished when heard out of context.

And what are the most feverish ideas that have seized hold of me? The start - that fabulous fugal idea, the first four notes of which were taken up, surely not coincidentally, by Prokofiev for the equivalent aggressive gesture of his Knights/Montagues and Capulets. The way he manages to write a tiny scherzetto of simple ingenuity for tenor, choir and very selective orchestra which, while it deals with the same aerial substance, is utterly different from the main scherzo devoted to 'Mab, queen of dreams'. 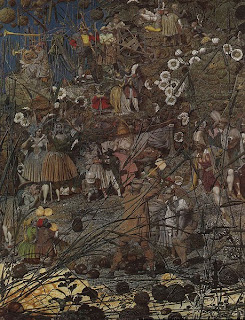 Which I still love best of all - its lopsided phrase-returns once the main buzzing theme has been clearly stated, the wistful cor anglais-led trio which so influenced Verdi for Nanetta's entry as queen of the fairies in Falstaff, the dream hunting-horns, the exquisite use of the antique cymbals Berlioz had first tried out in Naples' Archeological Museum (what magic there is in those three notes, p, then pp, then ppp, before they make the supernatural welkin ring).

Other simple but unusual ideas are of the essence: the distant dance-thrumming of the timpani and the tambour de basque before the aggressively brilliant Capulet ball and the offstage choral transformations after it, the vocal recitatives that punctuate the opening and love scenes, and the pitting of one-note chorus against deeply eloquent orchestral laments for Juliet's cortege (it's no mere gimmick that the roles are reversed half way through). 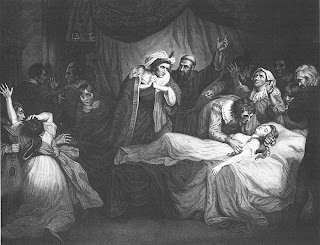 These are just random jottings while I'm in the thick of it. And now, if you please, Boulez (hmm) calls, followed by the mighty Munch.
Posted by David at 10:07