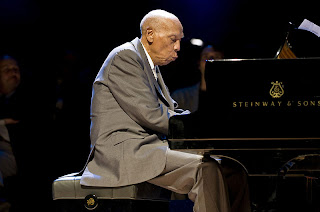 who recorded a wonderful disc sent to us by our friend Pedro in Madrid, Lagrimas Negras, with charismatic Romani Flamenco singer Diego El Cigala 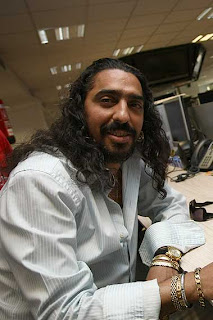 and, last but by no means least, the fabulous Chavela Vargas, born in Costa Rica, rooted in Mexico and beloved of Spanish audiences, who came out as a lesbian at the age of 81 (past lovers included Frida Kahlo). 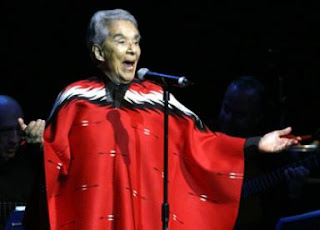 All this because I was rooting around for some genuine cantaors, whose tradition Manuel De Falla played a crucial part in keeping alive, as I prepared for the City Lit class on the BBC Symphony Orchestra's forthcoming Argentinian/Spanish concert. I started with the great Camaron, whose abrasive vocalising made contralto Hilary Summers so uncomfortable when she came to supper some years ago ('that man sings like dog!' has stuck).

Well, it's so unBritish, isn't it (Hilary, who's Welsh, has opted not to sacrifice purity of sound for sheer voicewrecking balls)? After all, De Falla wrote of his Cante Jondo ('deep song') Competition in 1927 that 'the essential quality of pure Andalusian cante is to avoid any imitation of a concert or theatrical style and one must bear in mind that a competitor is not a singer but a cantaor. The cantaor should not be discouraged if he [or she] is told that in certain notes he [or she] is out of tune. This is not considered an obstacle to the true connoisseur of Andalusian cante.'

How I love the authenticity and even the simplicity of El Amor Brujo, De Falla's 1915 homage to the skills of flamenco dancer Pastora Imperio - and all the more now since Josep Pons reintroduced the skills of her tradition in the shape of Ginesa Ortega. You can see Ortega about a minute and a half in to this slice of documentary, which starts with a dance from De Falla's early one-act opera La Vida Breve:

We saw and heard the compelling Ginesa at the BBCSO's previous Spanish concert conducted by Pons, but as that included the revised El Amor Brujo, what we didn't get was the spine-tingling melodrama of the rejected heroine's 'conjuration for the reconquest of lost love', which is hair-raisingly climactic in Ortega's voice on this essential recording. 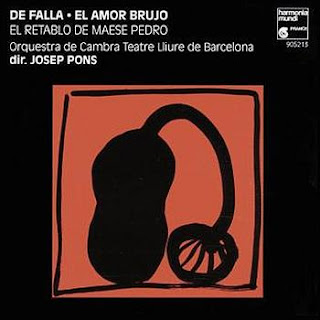 As I had to move a little sideways to the Latin American first half of Friday's programme, I thought a bit of fusion wouldn't go amiss: hence the collaboration of Bebo and Cigala on a disc which totally captivated our visiting friend Juliette. There's film, too, of the two ages in concert. I've chosen 'La bien paga', here without the extended piano improvisation on the disc. 'You've been well paid for your kisses, white woman; I'm leaving you'. Go fullscreen, as usual by clicking on the image once it's moving, to catch El Cigala in his full gorgeousness.

Chavela Vargas's songs are very different, rooted in the laid-back mariachi tradition of Mexico, but there's nothing easy-listening about the sentiments of 'Volver, volver', so close to the dark gypsy lamentations of Andalusian music: 'I'm on my way to madness, but even if everything tortures me, I still know how to love. I listen to my heart and I'm dying to go back, to go back.' No idea who the two guys who creep up behind the grande dame might be, by the way.

Our finale last night, incidentally, was the Malambo finale of Ginastera's Estancia, inimitable encore of the Simon Bolivar Youth Orchestra of Venezuela's concerts under Dudamel. Cynics say it's all getting a bit tiresome, but as far as I can see the joy never fades from these young musicians' faces when they play it: a well-earned party after an evening of deeply serious music-making. It's going to be difficult for Pons and the BBCSO to compete with this, and if it doesn't bring tears of joy to your eyes, you're a hard soul indeed.

No, Sebastian, I wasn't - 'he' being 'Bebo', I guess - and that's a film I really want to see. Until I looked at El Cigala's website, I had no idea how global was the impact of their joint CD. Because I live mostly in another world, of course.

I found that Bebo Valdes' soundtrack held the attention of my ears a lot more than the animation held my eyes...and his scoring of the car chase is a gem.