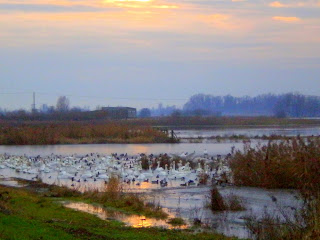 It was a serendipitous connection with one of the life-changing visits of 2010 I'd been thinking over: the chance to hear in honking hordes the laulojoutsen, the singing swans so dear to Sibelius when groups flew over his home at Jarvenpaa. Every year about 4000 Bewick's swans - though the numbers are falling, largely due to huntsmen on their home territory - make their way from the Russian Arctic to the magical area of wetlands between two artificial channels of the Norfolk fens around Welney. They're complemented by their larger, more aggressive relatives from Iceland, the whooper swans, who arrive in similar (this year, record) numbers. And while the Bewick's brigades keep their distance, the whoopers are happy, it seems, to share the wetlands with a smaller group of native mute swans (not as mute, apparently, as their name indicates - they do have their own 'sneezing snort', and the sighing sound their wings make in flight is their call-sound, to be heard as far as a mile away) as well as pretty pochards and other ducks. 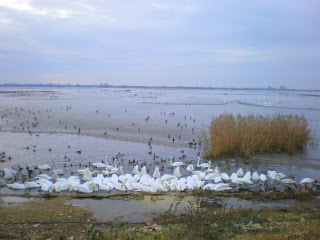 Not great light here, I'm afraid, but just enough to see the difference between a whooper (left) and a flapping mute (right). 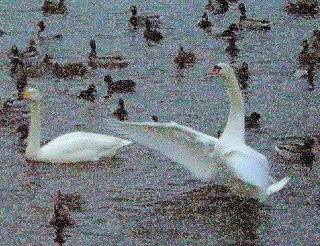 And just to put my own half-blind camera efforts to shame, here's a Wikimedia image of three Bewick's swans in flight. 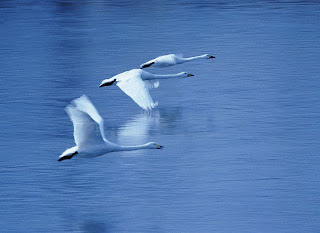 Back in March, I spent the second of five blog entries about Ainola reflecting on Sibelius's lifelong need for the swans and their calls. Forgive me for just repeating a bit from one of the diary entries I reproduced there, where he describes the laulojoutsen's cries as 'of the same woodwind timbre as the cranes [which he depicts so evocatively on two clarinets in one of his Kuolema pieces] but without any tremolo. The swans are closer to trumpets, though there is an element of the sarrusophone. A low suppressed memory of a small child's cry. Nature's mystery and life's melancholy. The Fifth Symphony's final theme [that's to say the wide-spanning call which starts as two notes a fifth apart but in the original version widens to discordant intervals].'

Rautavaara uses recordings of swans' calls in his Cantus Arcticus, which I included back in the March entry. But now I'm able to put up my own sound of the various swan songs - the rather poor filming is almost incidental. I can't tell which is which, but I suspect that the predominant sound in the first of these little films is that of the noisy whooper swans just before feeding.

The Bewick's swans keep their distance, but I'm guessing that they add their voices from a distance to the increasing racket as darkness falls - this is about 4.30pm.

We timed our visit yesterday to arrive some time before the daily 3.30pm feeding (for us, as it turned out, as well as the swans and ducks) at the Welney Wetlands Centre after a morning and early afternoon filling in on the big Fenland churches we hadn't managed to see on our 2009 Norfolk Churches Trust walk (more on that appendix soon). Welney is admirably run by the Wildfowl and Wetlands Trust. They've built a big wooden visitors and educational centre which connects to the hides by a big wooden bridge across one of the two artificial Bedford rivers constructed in the 1630s by the Dutch engineer Cornelius Vermuyden. The mile's width of winter floodplain between the rivers served then, as now, to facilitate drainage of the Great Ouse and to save the fenland farmland as best it might from flooding (this flood board in West Walton Church indeed tells us how bad it was in 1613 and 1614, then again in 1670). 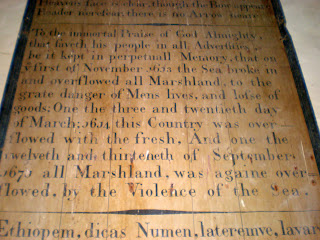 The Washes were certainly a thing of beauty, even before we reached the centre, on a bitterly cold January day which seemed to be bathed in a perpetual promise of a faint sunset. Crossing the bridge from Welney proper, we suddenly left behind the monotonous fields and stopped to take a walk along the edge of the road and have a good look at all this, the struggling sun reflected on the semi-frozen waters. 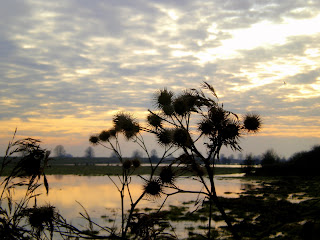 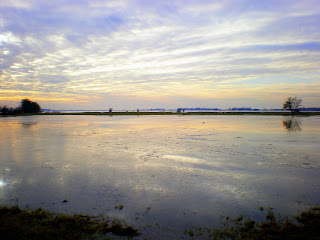 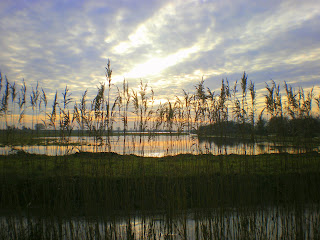 But that was only the early afternoon, and the feeling of twilight/sunset persisted at Welney. It only began to get dark at Welney between a well-narrated feeding time and our departure. We took a walk northwards 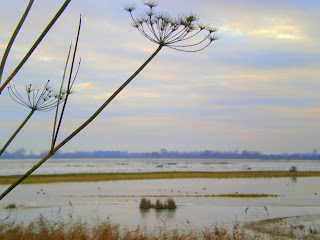 by the end of which it was too late to make out the flocks of swans flying in overhead. But their sound grew ever louder and, disembodied, more magical. I must have stood on that path a good ten minutes, transfixed by the supernatural hullabaloo. Not a bad thing to do at the bleak start of the New Year. 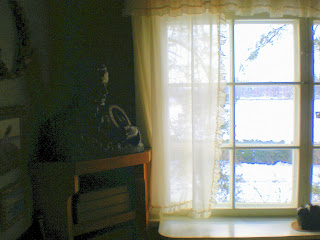 So let's take comfort from a not so lugubrious Sibelius, writing from Ainola: '...the weeks before and after my birthday [8 December], when the sun sinks lower and lower, have always been very gloomy...Things take a turn for the better soon after Christmas. All in all, life begins to feel better.' Any excuse to go back to the warm interior at Jarvenpaa last March, when the snow still lay very thick on the ground but the days had already grown longer and brighter. 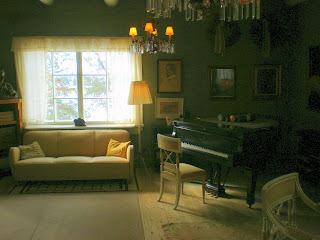 I love these photos David, the light light on the water with the grasses foregrounding especially

Beautiful photos - I found them because I was looking for the West Walton flood board and finding it remarkably difficult to find either an image or the full text anywhere. Would be very grateful if we could use your photo please for a book my husband is doing mainly on the 1607 floods in the west - depending on publisher saying the dpi is OK. Many thanks.

I'd be delighted, Linda - a credit and a web ref would be helpful. Coincidentally, we have just booked in with our friend in Kings Lynn so that we can go and see the swans again at the end of this month.