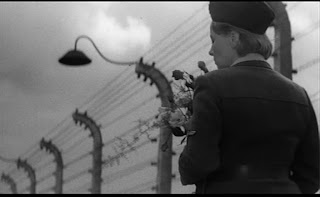 Weinberg's opera The Passenger is, as we've seen for ourselves, an admirable, honourable attempt to grapple with the human issues of Auschwitz: what keeps the soul alive in an inmate, how strong are the instincts both for freedom and to forget (especially in the oppressor). It has, as I've insisted - and some won't even grant it that - masterly scenes, but overall still seems to me too unwieldy for anything like masterpiece status. Whereas I'd be far more inclined to bandy that phrase about with respect to the (absolutely non-operatic) film by Andrzej Munk now available on Second Run DVD. It's much closer - as the author said to me when we met at the London Coliseum on the opera's opening night - to Sofia Posmysz's original autobiographical novel. Its unfinished status raises more questions than answers; Munk was killed in a car crash on his way to Lodz to look at film designs on 21 September 1961, shortly before what would have been his 40th birthday. 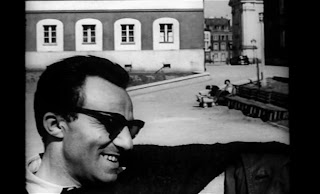 To complete a necessary memorial, Andrzej Borowski filmed extra scenes in Auschwitz, while the portion of the drama set on the liner Batory, where former SS overseer Liese Alexandra Slaska, pictured below) comes face to face with her spiritually indomitable one-time charge Marta, had been shot but not to Munk's satisfaction; so stills alone were used - incredibly effectively - against a commentary written by two Polish School acolytes. 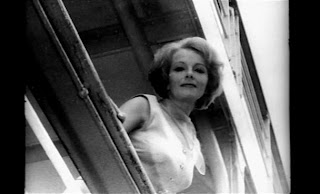 The result is that it's the present which seems unreal, while the mundane brutality of the camp comes across in all its chilling casualness, heightened by the almost unbearable use of the site 15 or so years after its abandonment. Chinks in the guards' armour are briefly evoked with the subtlety that only cinema can convey: Liese's expression suddenly changes from hard to worried as she looks through the fence at people on their way to the gas chambers; later, in a close-up on one such processional, a young soldier lets a little girl stroke his Alsatian dog, and again for a moment his face softens before he realises what he's supposed to be doing. Marta, who of course has such a strong and radiant voice in the opera, hardly speaks. Yet when, processing past a woman being ritually humiliated to stand semi-naked, she says 'head up!', it's all we need to know about her sense of pride and refusal to bow to Liese's 'help'. Marta is superbly played, with nearly all expression in the eyes, by Ewa Mazierska. 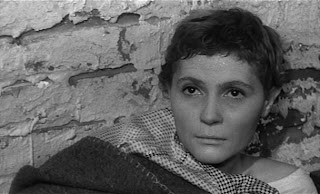 Liese's account of their relationship, in the present editing, seems to unfold in two narrative flashbacks: once as soft-pedalled economy with the truth, the second time to reveal the sadism which develops from her own sense of not being loved, as Marta is by Tadeusz. This, too, is summed up in a single moment - when she enviously takes the flowers sent to Marta on her birthday, and walks away along the fence with them. It's all accountable only moment by moment, and I'm still left wondering exactly what the trajectory of Posmysz's book might be. Which means that we have to fight all the harder to get it translated into English, as we discussed with her interpreter at the reception before the ENO premiere. Anyway, here the lady is, so elegantly dressed and gracious, in much-needed colour after all that harsh black and white. 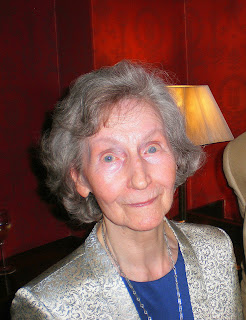 And you can hear Weinberg's The Passenger in a recording from the Bregenz Festival (which means, in German, Russian, French, English, which all serve it well) on BBC Radio 3 tomorrow at 6pm. I mull over opera and film with Andrew McGregor before and between the acts. Curiously, tonight BBC 4 also screens Terry Gilliam's much more questionable, but fitfully brilliant, holocaust-related ENO production of Berlioz's The Damnation of Faust.

David, it is so nice to read you, you always have the most interesting posts on so many diverse topics.

I particularly admire the way the author appears at the end in colour as she is now, looking so sprightly - same message as in the opera, that the survivor remains to bear witness.

Yes, she seemed both alert and relaxed, humorous, too. I feel very honoured to have shaken her hand.

I hope I'll be able to get my hands on a copy of that DVD over here. It's already on my list from your first mention. The still you show of Ewa Mazierska is haunting. I'm surprised that the novel hasn't been translated into English, and join in hoping that will be corrected soon as well. (Speaking of books, Lolly Willowes was splendid. I found another of hers in a second-hand store just yesterday, "Mr. Fortune's Maggot." As you see, you keep me very, very (delightfully) busy!)

Second Run DVD have/has it on special offer to coincide with the ENO production - £9.99 (it's a ridiculous price on Amazon). Guess they must ship to the States, worth a try anyway as these things aren't often around for long: https://www.i-pay.tv/listing.asp?cat_id=108&id=31

I'm still looking for an original Virago (ie green cover) paperback of Mr Fortune's Maggot, though I did track down Summer Will Show on Charing Cross Road.