All that time the blogging keyboard remained idle, the camera was still there to record the passing of time. I thought, by way of an interlude before musical activity resumes as usual, I might indulge in a brief chronological survey to show how far the local flora has/have come since the chill of winter. Now that snowdrops no longer have a place in the despoiled back yard, a lone bloom of that blowsy tart camellia Debbie was the first to emerge so obligingly just before the Big Snow of February, which of course she survived (alas, not so the scented geraniums). 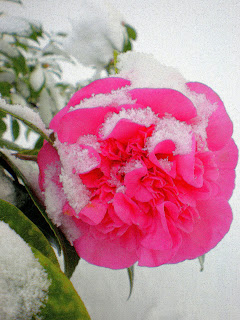 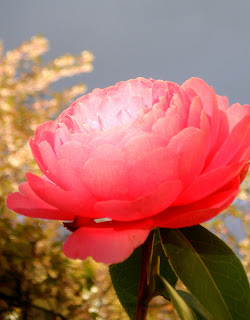 Then it was the turn of the front garden. I know folk are agin the over-insistent Spanish bluebell, so rampant alongside our coyly nodding native variety, but I'd rather have the invasion around the dicentra than not.


Cut to Chelsea Physic Garden in early May, when I was surprised to find many of the peonies in full spate. 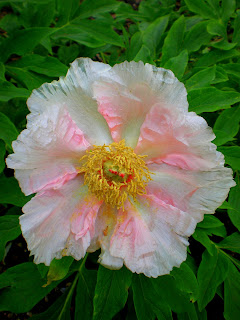 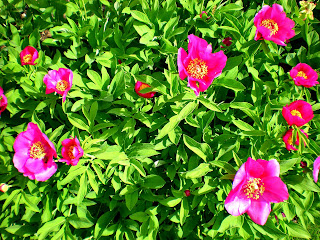 And in the little patch of walled garden I maintain on the south side of the estate, nearly buried for the moment behind builders' debris like Freia under the piled-up filthy lucre in Rheingold, the cistus and geraniums came into flower last week. 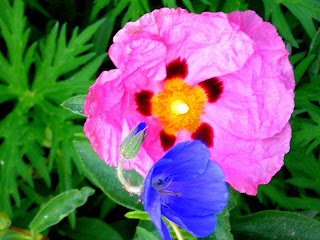 Creatures of habit by necessity at the moment, we returned to the Chelsea Physic Garden today - partly lured again by their excellent Sunday lunch - and it's startling to see how swiftly nature marches on. The above peonies are now flowerless, while amongst other surprises the oriental poppies, budding phallically last week, have burst. The sensation is that we head already towards midsummer. 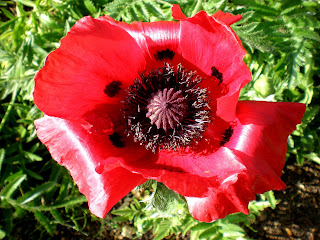