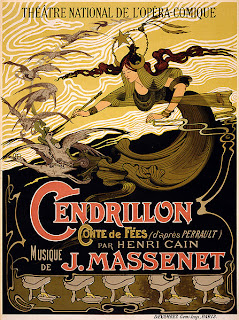 So our three City Lit Opera in Focus classes on Massenet's Cendrillon - it should have been five, but Verdi's Macbeth took more time, which I still think was right - came to an end yesterday. I haven't converted everyone; one of my students still thinks Massenet equals operetta, and that operetta is a bad thing. But the main thing is that I treasure the opera even more for what it is now, with its delicate shifts of tone, and Massenet's orchestration, sense of timing and gentle melodic gifts seem to shine the brighter to me now.

I've been doing a bit of soul-searching in the light of the Havergal Brian debacle (by which I mean not the performance, impressive in itself if hardly beyond reproach given some of the ludicrously awkward writing, but the work itself, which should have been laid to rest after its last two Albert Hall outings). Surely there's much more substance in supposed froth like this than in a failed attempt at more profound thought. Especially in the sphere of music where, as in art as Delaunay had it, 'colour itself is form and subject' - or at any rate can be. 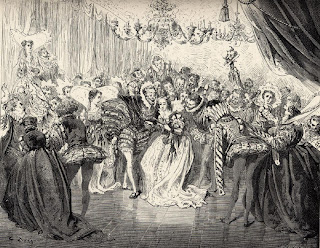 The instrumental ingenuity Massenet lavishes above all on his ballet music, following his good friend Bizet's example, seems boundless. I thought yesterday we'd listen to an Act 2 divertissement with a difference, starting with the chorally elaborated Entree du Roi/Les Filles de Noblesse and ending with the Rigaudon which incorporates the arrival of Pandolphe with Madame de la Haltiere and her daughters. I'd happily have played the three dances in between, all of them brilliantly costumed by Laurent Pelly at Covent Garden and choreographed with abundant invention by Laura Scozzi. Instead, I inserted the Castillane, Aragonaise and Aubade from Le Cid, even more dazzling in terms of orchestral colour and dance panache, shown to best advantage in one of the best ballet performances I've ever heard, with Jean Martinon conducting the Israel Philharmonic Orchestra. 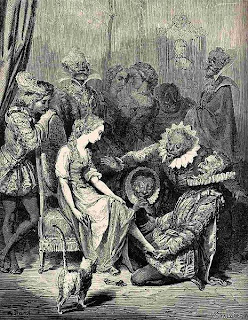 The best Cendrillon orchestral number of all is surely the culminating Marche des Princesses in Act 4, again wittily staged by Pelly as a slipper-fitting. This YouTube recording isn't ideal, but it gives a sense of its 'allure gaie'.

So we moved on rather swiftly yesterday to the two love duets. It's almost a paradox that the one which, dramatically speaking, is redundant should contain perhaps the most inflaming music in the opera. I still wish Pelly had given us not chimneystacks but a big oak in a broom-flowering heath with the moon and the sea in the background, not least so that it would be made clear how the Fairy Godmother makes the Prince Charming and Lucette invisible to each other by conjuring up a fragrant hedge. But it still sounded good, with the great Alice Coote burning as ever. I still don't mind going back to a tenor Prince since Gedda and Von Stade are so fine on that recording. I've since found a 1973 snippet - not enough, alas, to take us back to the magical framework - with Marilyn Horne as the Prince and a young Von Stade. The tempo for the 'extase supreme' sequence is terribly slow, as conducted by Horne's husband Henry Lewis, but the voices do fire us up.

The scene prompted a bout of pure indulgence yesterday. Which are the French duets which make the concept of the 'melodie eternelle' shine brightest? Two, I thought, from Delibes's Lakme - the passionate exchanges of the heroine and her English army officer - and three from Esclarmonde, that piece of dramatic hokum and rare musical genius composed for the freakish compass of beautiful American soprano Sybil Sanderson. 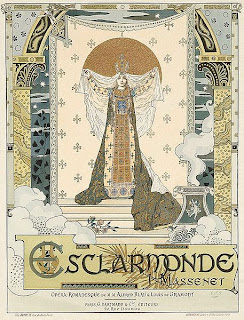 I'd have particularly liked to illustrate Esclarmonde's Act IV glory here, but all we have duets-wise on YouTube is the middle to the end of the 'nuit d'amour' in Act 2. At least it gives us a chance to hear one of the most beaten-bronze tenor voices of all times, that of Giacomo Aragall, alongside Sutherland.

Ici, tout fini bien: we've had our fun with Cendrillon, and now it's back to the Russian whetstone.

STOP PRESS: You may have guessed I've been fiddling about with this while listening to - rather than watching - the Murdoch enquiry. And then, suddenly, cries of 'outrageous' - I flick to pull up the screen, and it's frozen. Shots of a wall which looks like it's had three stripes of paint chucked over it. What I've just been getting, along with half the rest of the country, is a repeated 'Portcullis House. Line 4. The Wilton Room'. Beep. We'll all know the rest imminently - it seems Rupert Murdoch's been attacked by someone in the public gallery with a plate of shaving foam...Such is the strangeness of blogging 'real time'.
Posted by David at 15:32