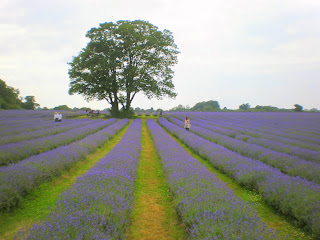 Mitcham, suburb of south London where my old mum grew up, used to be the epicentre of the lavender growing trade - though a bit before her time; camomile, liquorice and anise were strong 18th century contenders until Ephraim Potter and William Moore found another candidate for their physic gardens amenable to the place's rich black loam and from which, according to my fabulous Brewer's Dictionary of London Phrase and Fable, was distilled 'Mitcham lavender oil'.

Well, yesterday, on a flying visit to said mater, I brought away with me - largely to repel the small population of clothes moths not horribly murdered by the ghastly pheromone-trap Mottlock, which I'll never use again - a bottle of Mayfield Grosso lavender oil. Lavender fields thrive again on chalk, as the Mayfield website tells me they used to do around Banstead, Woodmansterne and Carshalton as well as Mitcham. This organic, award-winning venture is a fabulous local amenity - there's clearly a beneficial, stress-reducing effect to be had from wandering along the grassy lanes between the beds or sitting picnicing under the lone tree in the field (Oaks Park, favourite childhood haunt though since deprived by the hurricane of its biggest specimens, is just across the road).

Mayfield grows three varieties - two of the English lavender variety Angustifolia (Folgate and Maillette). Can't tell you which of the two this is 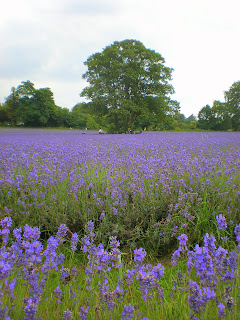 but what's for sure is that it's well pollinated, as could be detected from the buzzing of innumerable bees 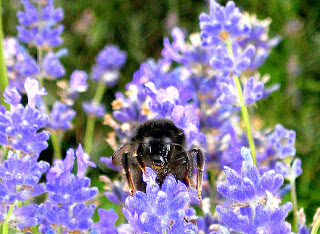 and at the top of the field sloping eastwards is the more pungent overseas variety, Grosso, a strain of X Intermedia with much longer stems. 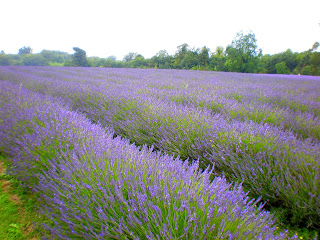 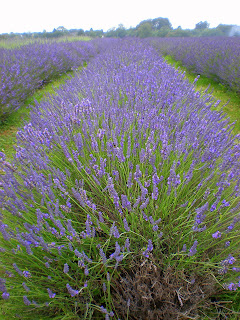 A short trip, but an enchanting one. On a not entirely unconnected note, I was amused to hear that in the heart of genteel Banstead, a stone's throw away from the maternal home, two Vietnamese lodgers cultivated 200 cannabis plants in the bedroom of a small house. The police chase when they got busted ended in a kerfuffle down my old street, Glenfield Road. So much happens within several hundred metres; only a few years ago, the Waitrose built on the site of my first, infant school, burnt down...but I can tell you're falling asleep already and await my 'kitten rescued from tree' tale.

Just let me end, then, more soberly, with another imagined fragrance. My e-friend Deeyah, whom I hope to meet next time she comes to London - the champion of Muslim women artists around the world, a passionate fighter for all sorts of musical and other freedoms, born in Oslo - drew my attention to one of the many noble young people's statements about meeting hate with love. Now it's all about meeting hate with roses: I got choked up again hearing how the streets of the Norwegian capital were blocked with them. So here's mine, in heartfelt admiration and support of the great human values Norway shares with Denmark, Sweden and Finland: beacons to us all. 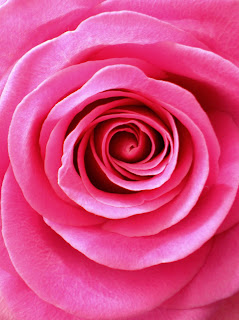 So, I asked me mate about Mitcham, and lo, she lived there, too, for a time, though certainly well past the days of its lavender glory. Lovely to see this revival in Mayfield. There are few things more appealing than fields of lavender like the one you portray. Only one type will over-winter where we are, called Lavender Provence. It's not so vivid a blue as these, but we're glad to have it, and so are the bees.

As for the rose for Norway and your praise for the values of those countries--a lovely and fitting tribute.

And can you imagine, I've never been in Provence at the right time of the year to see them: just past their prime outside Madame de Sevigny's place. I never expected to see them so near my old stamping ground.

Hello David:
What a fascinating tale of Mitcham lavender, something we find very difficult to imagine as our only encounter with Mitcham is through the window of a Eurolines bus as we make our regular journeys between Budapest and Brighton. The Mayfield lavender looks to be an exceedingly thriving enterprise and how wise of you to have invested in their natural moth repellant. A good idea which we may well copy as we are somewhat troubled by the moth in Budapest!

And, thank you so much for taking the trouble to reply to our comment on Prufrock's post, through which we have, happily, now found you. Having now read your profile, we see that you are well equipped to inform us on many matters musical. Thank you!

The idea of rose strewn streets in Norway is beguiling, such a beautiful response to such inhumanity. How lovely to have added your own rose as a tribute.

Another window on the world - the most remarkable thing about blogworld - yours on Budapest, Balaton et al. My godson's family lived for a year in Kecskemet, where his mother studied at the Kodaly School, so I have fond memories of an all too short second visit to Hungary training from Vienna and back (on the first, we were arrested in Pecs for bringing Hungarian bibles from Amsterdam, don't ask why - that was youth and this is now). Delighted to have your company.

Absolutely beautiful photos. Thank you. Had no idea such fields existed in England.

Hello there David,
Enjoyed reading about lavender here. I am a landscape and garden designer and design in particular Roof gardens. I am writing a blog about lavender and its usefulness in roofs and wonder if I may post a few of your fabulous pictures. I will of course link back to your blog and credit your work.

Of course, Liz, I'd be delighted. Now I need to have a look at your blog. And must return to the Mayfield site this summer - haven't been back since 2011.

My mother was born in Mitcham in 1911 and she always talked about the lavender fields. Sadly none in sight now.

And mine was born in Mitcham in 1931, by which time I don't think there were any left. At least Mayfield is not too far away. But it's become such a major tourist attraction now - lots of Chinese visitors many of whom, to do them credit, take the train and then the bus... I wrote about a return visit last summer here too.