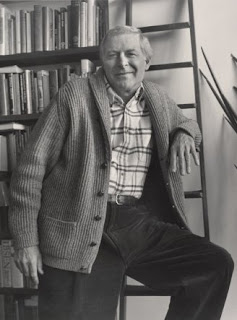 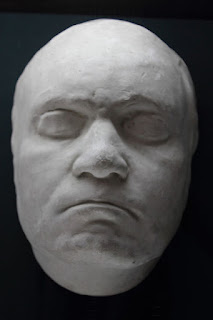 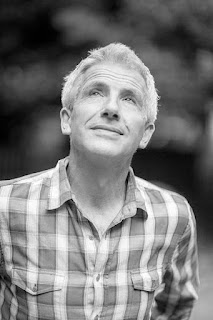 Nothing online can compare to browsing in a real, live bookshop. I do that in Daunt Books on Cheapside most Wednesdays before or after a weekly appointment, and the spontaneous not-looking-for-anything-in-particular has been much assisted by the selection of novels under different countries (Austria, Germany, Switzerland and the Sicilian bit of the Italy section tend to be favourites). There soon turned out to be a connection in that many of the authors I view in the light of personal discoveries have been published are being published under the New York Review of Books imprint: grown-up Erich Kästner (Going to the Dogs), the disingenuous Curzio Malaparte (Kaputt and The Skin) - and now the equally slippery, dualistic Sanford Friedman.

Friedman's essence is there throughout in the presumably not much adapted protagonist of Totempole, what we might describe as a divided consciousness which shares something in common with Lambert Strether in Henry James's The Ambassadors. It's best summed up by Friedman's long-term lover the poet and translator Richard Howard in his introduction to a posthumously-published masterpiece:

Perhaps the only explanatory gloss that the reader of Conversations with Beethoven should be aware of is the entirely contradictory (and therefore dreadful) amalgam of compassion and contempt for humanity that inspired it. This double entendre might be unrecognizable unless one saw and suffered from it in early and intimate circumstances, as I had occasion to during the many years I lived with the ultimately astonishing novelist Sanford Friedman. 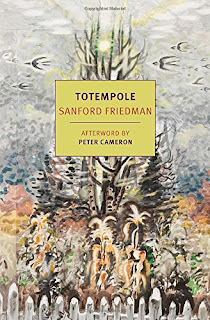 Astonishing indeed: quite apart from the fact that a candid novel about the tortuous path to gay self-acceptance could be reasonably well-received in the mid-1960s, I don't think I've ever read such a ruthless description of the role sexuality plays in infancy, childhood, adolescence and maturity as that in Totempole. I was reminded of Malaparte, not just in the animal names Friedman gives to each of the slices of life; and of myself at times, thankfully not straightforwardly in the unbearable psychological torment the confused 10 year old Stephen Wolfe inflicts on a boy weaker than himself, but I was certainly complicit in the bullying of a friend to deflect that bullying from myself, albeit when I was in my early teens, the worst years at school.

On the other hand there seems to be a wish-fulfilment in the more idealistic sequences which I'd be very surprised to find had an exact parallel in Friedman's own life; otherwise, only a ruthless examination of the wavering between atavistic instinct and a nobler ideal, reconciled to a degree in the last and longest section, dealing with Friedman/Wolfe's time serving in the Korean War, where the keynote is love and not death. 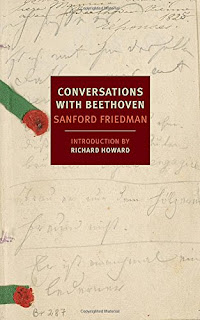 In the light of Howard's remarks, the portrait of a difficult genius during his last eight months in Conversations with Beethoven may contain an element of autobiography, or at least of identification, too. This premise is brilliant. The use of Ferdinand Hiller's text as epigraph summarises it neatly:

It is known that conversations with Beethoven had in part to be written; he spoke, but those with whom he spoke had to write down their questions and answers. For this purpose thick booklets of normal quarto writing paper and pencils were always close to hand.

I'm told that some of these survive, but I have to presume that Friedman made the ones in the book up, otherwise it wouldn't exactly be a novel. But its construction is brilliant: as the words of others leave us to imagine the deaf Beethoven's mostly irascible responses - with a few exceptions when he actually writes things down - his relationships unfold with hangers-on, concerned friends, those who care more about his art than his health, above all the main respondent, his sometimes (but not entirely) feckless nephew Karl. I don't think I'm spoiling the 'plot' when I say that the powerful, disturbing misogyny that's been built up dissolves in a climactic deathbed confrontation with Karl's mother. You'll know if you want to read this book from the outline of its approach I've just given; I think you should. 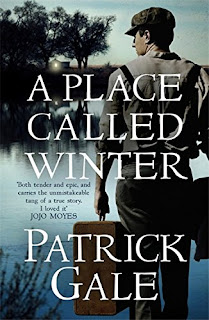 Patrick Gale's A Place Called Winter is more to be read for sheer entertainment and a good epic story well told, with 'fit for screenplay' written all over it. Boldly, the author imagined a reason why his great-grandfather Harry Cane should have made a clean break with his wife and child in England and gone to build a new life in Canada. Not long ago, families would have been appalled and disgusted at such a conjecture - I still see any inference of gay relationships in the lives, say, of the great composers, being met with cries of 'infamy' and 'vile slur' - but hopefully that time is past.

At any rate there's little but sympathy for the protagonist and we always root for him as we do not for Friedman's Stephen. I suppose I was a bit frustrated at first that we got no parallel inklings of his sexual orientation until the point where he begins his first gay relationship, as if it were a surprise to Harry; even if that kind of love dared not speak its name, the instincts would have been the same. I also thought it was bit coy about the sex, bearing in mind the core readership of Richard and Judy's Book Club (though I don't think Gale dumbs down at all). But the changes of scene are vivid, the characters good and bad strongly drawn, and a respect for the time of the action fitting. Here's just a sliver of dialogue between Harry and Petra, his pioneer beloved's sister:

She tapped her glass with her fingernails, shy of meeting his eye. 'Is it...is it emotional or simply a physical need the two of you are answering?'

She nodded, glancing up and away.

'I suppose, in a different world,' he began carefully, 'if everyone felt differently, it would be both. When a thing has always been forbidden and must live in darkness and silence, it's hard to know how it might be, if allowed to thrive.'

'I wonder,' she said, 'if everything were allowed, how many men would discover they were like you? I sometimes think most men dislike women intensely or resent them or something, and only marry them because that is what is expected, and because of children. And because no other option presents itself.' 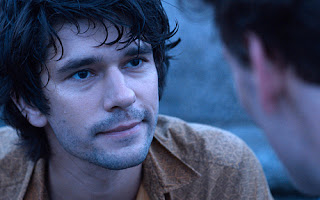 By way of afterthought, I've found the gay love-story aspect of the five-part thriller on BBC Two, London Spy, very touching and real (as always when the words of Auden/Kallman's Anne Trulove come to mind: 'if love be love, it will not alter'). It's beautifully and broodingly filmed, with great cameos from many of the UK's best actors, and an often poetic script, and best of all is Ben Whishaw - the perfect Dionysus in the Almeida's Bakkhai -  as an incorruptible romantic who, having known the flipside, recognises love when he sees it. There's still one episode to go, so I shouldn't say too much, but we had a bit of a let-down this Monday with the supposed revelation of what the MI6 man may have been murdered for, and it was a bit laughable, even in the mouth of Adrian Lester. Well, we'll see how it all ends.

7/12  Postscript to that last comment following the final episode (and no spoiler, promise): not well, if we're talking about a satisfying denouement. Not even the totally convincing way Whishaw kept up the incorruptibility could carry it for me. Disbelief could not be suspended: there were incredulous groans of 'what?' from both of us here. Such a disappointment.
Posted by David at 12:17

I love the way Daunt books is laid out, and you're oh, so, right about bookstore browsing--it's why I miss CD (or even older, record) stores as well. Funny too you should mention NYRB books--they do always look so appealing to me, and I actually picked one up among the group I bought last week (have finished the Robinson trilogy, BTW--Lila, best; Home, next; Gilead, last, but a decent read this time around). Unfortunately, the NYRB book I bought (A Memoir of the Warsaw Uprising by Miron Bialoszewski) is not holding my attention very well, though that is probably at least 1/2 my fault. But I'm intrigued by the Beethoven book, and I'm going to take a look for it tomorrow, as I'm down in NYC again. (Had jury duty again this AM, then drove down to go to Lulu tomorrow--I wouldn't say there's synergy in that, but there's something . . .) Speaking of drama, BTW, did you know Dame Harriet is right in our midst here, doing Henry IV? I am beside myself that I can't get to that, but there is nothing to be done.

I only just found out that Obama is a huge admirer of Marilynne Robinson's books - a good code for living, by which he seems to me to adhere. However hampered he may be by your wretched political system, I do think he'll go down in history as a great man.

You really should move hell and high Hudson to get to see that women's-prison Henry IV, one of the most remarkable Shakespeare productions I've seen (and duly raved about on the blog some time back). Isn't it on for a fair while? I hear it inspired doing the rounds of schools, and I can understand that. Just seen a very novel Macbeth at the Young Vic, my favourite London theatre, which sadly didn't work.

It is interesting to note that when the US Founding Fathers wrote the constitution, having escaped from a monarchy, they established a monarchy of their own.....admittedly an elective monarchy, but a monarchy nevertheless. The King in the White House surrounded by his court, the great territorial lords in the Senate, the mass of lesser lords in the House, and the Church in the Supreme Court, studying ancient documents

Quick note to say Conversations with Beethoven was a great find on your part. So pleased it was on the shelf in my local (NYC) bookstore. Supremely clever and entertaining so far, and I know that will continue. Thanks so much for the tip!

So pleased - I also sent Mark Wigglesworth a copy as partial thanks for his coming to the class. Hope he warms to it as you have. As I intimated, it becomes very moving. The only thing it doesn't try to do is to penetrate the mysteries of creativity - but then Beethoven didn't do that in letters or replies either.