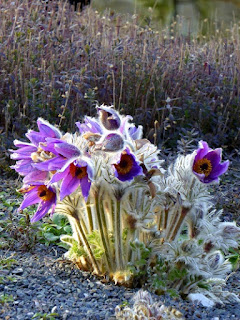 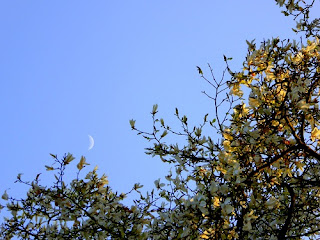 It's officially the first day of spring, though nature rarely obeys human deadlines; it's dull and cold. There were plenty of signs of life at Kew Gardens the Sunday before last, though, with everything looking sharp and shadows lengthening in the late afternoon sun.  A solitary clump of pulsatillas - appropriately, in Easter week, also known as the pasque flower - was flourishing in the Alpine garden (top image) while some magnolias were doing better than others after some sharp frosts - and there was a little bit less of that moon-in-daylight which had been such a backdrop on a frozen January day.

Now, of course, the crocuses are nearly all over which had provided some of the much-needed colour back on a dark February afternoon 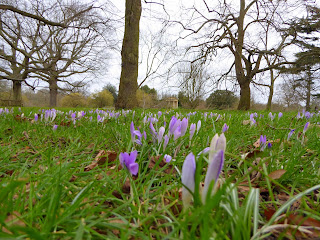 along with the fruit of the monkey-puzzle tree 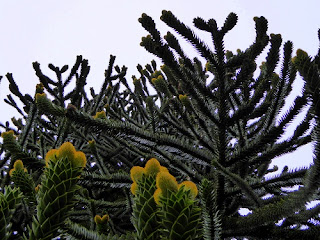 as well as an early magnolia by the Japanese temple 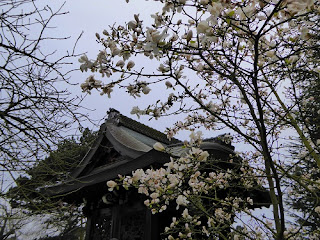 and the usual gaudy but welcome orchid riot in the Princess of Wales Conservatory. 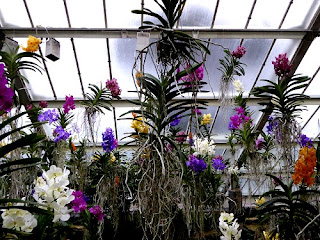 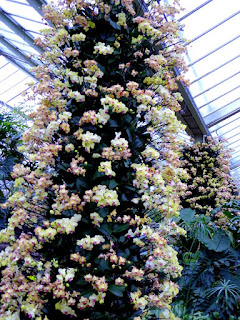 Now, as then, the impressively-designed Alpine House has to be a main port of call. 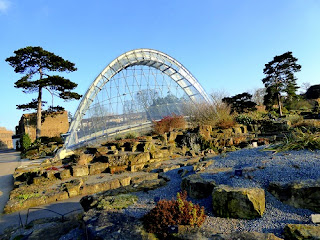 A few things flourish outside it, like a meadow of anemones 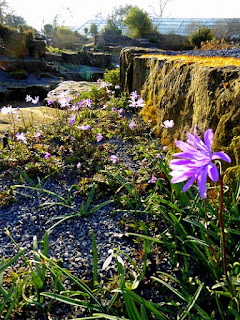 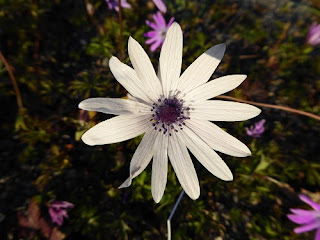 but the real wonders are within, with generous potted clumps of an exquisitely-marked miniature iris (annoyingly I didn't snap the tag) 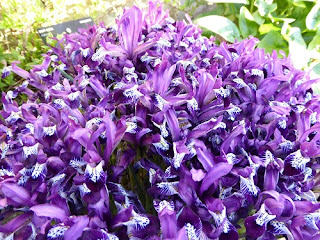 an abundance of Scilla peruviana (not from Peru at all, in fact), this one silhouetted in the sun, 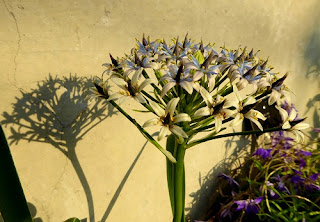 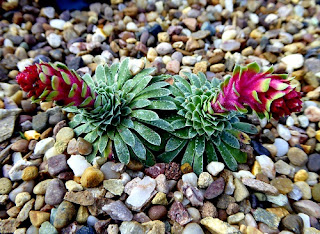 Our time was limited, so I thought we should head for two magnolia zones. The first, near the Elizabeth Gate, still included a fine spectacle of Magnolia stellata from a distance 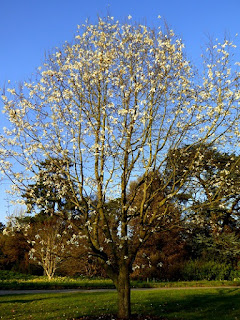 but either frost had blighted the rest, or they were still only in bud.

The spectacular magnolia arboretum, however, did not disappoint, with swathes of daffodils forming a background to the branches 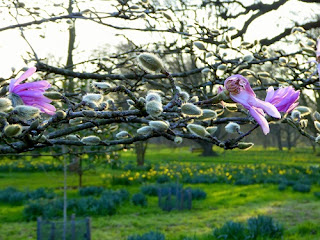 and a few big blowsy flowers not frost-bitten 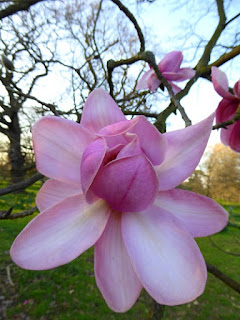 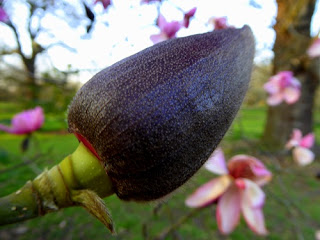 That moon as pictured up above added delight to the detail of this Magnolia kobus var. borealis, the biggest of the group 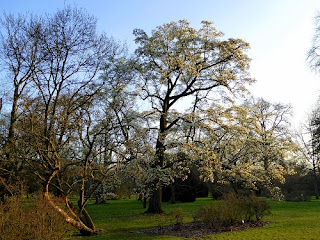 and then we hit the tree-lined avenue from the river at Syon back towards the main hothouse. The sun was lighting the way for the last strollers of the day. 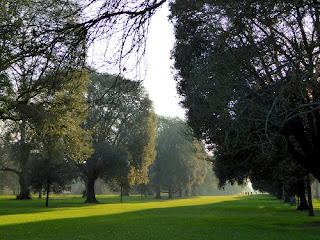 On a final floral note, I should note with gladness that my mother passed her 85th birthday test with flying colours and here, for once, I've caught her looking natural and happy at home with the 50 tulips I brought back from Amsterdam the other week. 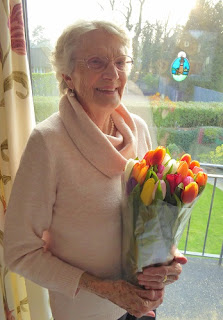 The Concertgebouw Orkestival narrative, meanwhile, hangs fire, but it's up next for extensive treatment.
Posted by David at 15:55

David, how lovely to find one of your photo collections, which I so treasure! Examining them all carefully, I thought that the first remained my favorite - the adorable little pulsatillas - until the picture of your mother popped up, last and best! She does look happy, and lovely. Happy 85th to her! And Happy Spring to you! -- Elizabeth

Thank you, Elizabeth, and likewise. I'm very happy because I just bought an exquisite white pulsatilla from Chelsea Physic Garden yesterday - as it's the pasque flower, it bodes well for a light, bright easter.

Mutti WAS lovely on that particular day. And she always dresses well. I'm glad she doesn't appreciate that at 85 she might be frailer than she was - it keeps her going. Strong of mind and will, deo volente.