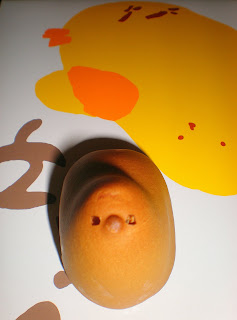 Forged, not least, by what Hiyoko's website describes in quaint English as 'the famous confection loved throughout Japan for its pretty baby chick shape'. I received my first box of these beautifully-presented delights from a former Goldsmiths student of mine now back in Japan, Yumiko Nunokawa, who travelled all the way to London with Shin-ichi Numabe, at the evening to remember Noelle last Thursday.

More about the serious stuff shortly, but can I trouble you with Hiyoko's legend about its chicks, information about which I am grateful to both Shin-ichi and Christopher Cook's partner Mitsuo for supplying?

'About the famous confection Hiyoko

'Hiyoko is produced in 1912 by Shigeru Ishizaka, the owner of a confectionary shop who wishes to make a Japanese sweet that will become a favorite of sorts among many more people unlike ordinary circle-shaped buns. Now, after a hundred years since then, Hiyoko is loved and well known to everybody in Japan.

'The secret of Hiyoko’s daintiness is the carefully selected ingredients. The savory bun is made of flour from Kyushu to give a distinctive flavor. Mildly sweet yellow filling is made of fine choice of haricot beans. We select well-grown beans only and mush them deliberately. After our experienced confectioner puts the bun and filling together and bakes it in an oven until it becomes moist, melting texture, a delicious ‘Hiyoko’ is ready for you!' 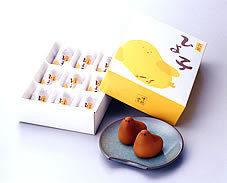 Here at home, though we both loved their little staring eyes (with just a hint of the blandly malevolent penguin Feathers McGraw in Wallace and Gromit's The Wrong Trousers), we are divided over the deliciousness of the Hiyoko chicks. I like them very much indeed, J does not, but he was quite wrong that the various recipients wouldn't care for them either.

Though this was the most delightful surprise of my all too brief meeting with Yumiko and Shin-ichi, they came bearing even more valuable intelligence. I had already had a fascinating email exchange with Yumiko about Prokofiev's duo partnership as pianists with the French-Belgian violinist Robert Soetens, during which I saw a photo of them playing together which was completely new to me. 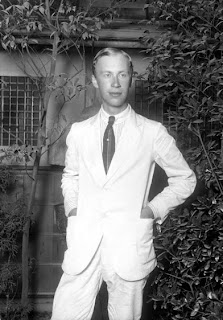 was taken not in 1915, as the archive and my book both have it, but in 1918 on his visit to Japan, as both the white suit and the same background reveal. For here is the young wizard meeting his greatest Japanese supporter, Motoo Ohtaguro (right), and A N Other on 2 July 1918. 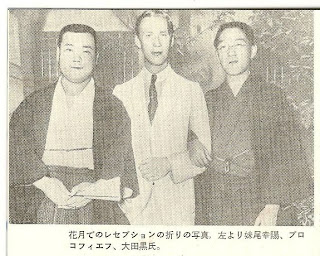 Noelle, who wrote an article in an early Three Oranges journal called 'getting it right', would have been delighted.

After the big event last week, the obvious next step was to go and hear what Matthew Bourne had made of Prokofiev's score for Cinderella. I didn't see that production the first time round, when it was regarded as a bit of a mess. And to my mind it still is, though my Arts Desk colleague Ismene Brown thinks otherwise, and doesn't even worry about the over-amplified, pre-recorded orchestra. Granted, the idea of setting the fairy-story in the London Blitz of 1940, around the time Prokofiev composed the score, yields increasingly beautiful ideas amid the confusion.

The best thing in Act 1 is bespectacled Cinders' routine with a tailor's dummy that turns into her dream airman. Here are Sam Archer and Kerry Biggin in the first of four production photographs by Simon Annand for New Adventures Productions. 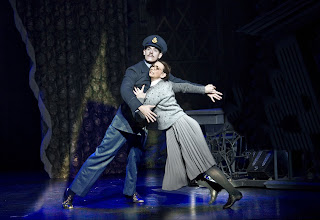 Quite how the airman's wounded self ties in with the Fairy Godfather's plans I didn't quite grasp. And the flight through the strafed streets is confusing, too, though the 'Autumn' variation of Prokofiev's seasonal divertissement - the wistful 'Winter' number is unique in getting the chop - strikes a not inappropriate note of terror as gasmasked 'dogs' create havoc.

Loud explosions and timewarp chaos reign in Act 2, too. It's clever how the Godfather turns the clock back on the carnage at the West End's Cafe de Paris and lets his Cinders make her glammed-up entrance down the big staircase. 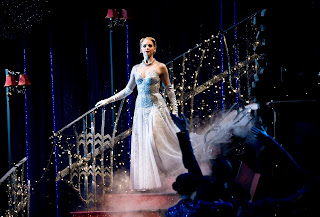 Incidentally, one of the last times I danced around someone's handbag (and to that terrific Kylie number then all the rage) was at the Cafe de Paris, many hours into an absinthe-fuelled Gotterdammerung for the consultants of the cable radio station I used to opera-advise, Music Choice. The lethal alcohol plied by a small personage dressed up as Toulouse Lautrec left several folk unconscious, though having knocked back only three glasses I just about got home in one piece. 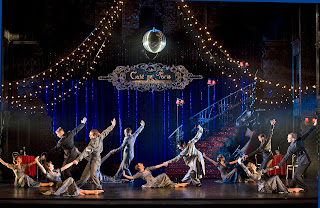 Anyway, as in the Bourne Nutcracker, Act 2 'was only a dream' (as four-year-old Carla said very loudly the second time we went to see that wonderful show). Bourne's coup is really the last act. Like that even wackier genius of the stage, Richard Jones, he can pull haunting theatre out of a composer's less inspired moments.

I felt Jones did that with the very sinister party scene of his Queen of Spades, and Bourne is determined to claw back the world-travelogue dances Ashton and most others cut from Act Three. And here the narrative tightens up, as the battered airman runs around London with the single lost slipper - down the Underground, where tarts straight out of the film Waterloo Bridge strut, and along the Embankment. Lez Brotherston's quick-change designs really come into their own here. And then there's a very disturbing scene in a hospital, for which, sadly, no press images had been approved. Frightened they might scare the punters away? Well they might be.

All ends well, and better than the visual inspiration, Brief Encounter, at Paddington Station. I wished they hadn't done an encore to 'In the Mood', which dispelled the disquieting aspects of Prokofiev's music in a feelgood sham. The recording was much too loud, muffled and boomy, but from what I could make out the woodwind soloists played especially well for that conducting doyen of New Adventures, Brett Morris. And though there's even less real ballet than usual in Bourne's choreography, he is always sensitive to the score's finer nuances. 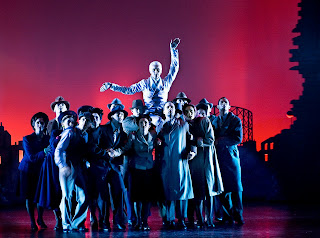 Like I said, many good and striking ideas derived from the Blitz setting, but for a more coherent homage to A Matter of Life and Death et al I'd have to give the palm to the supposedly more impressionistic and very low budget brilliance of Pants on Fire's treatment of Ovid's Metamorphoses, the best thing I saw at Edinburgh and indeed in the theatre during the whole of 2010. And, hurrah, they've finally got their publicity act together with a brand new website, production photos and a little film they've put on YouTube which should whet your appetite.

Pants on Fire take up their prize visit to the New York fringe in January, and then they're back on tour, with only one performance in London at Islington's Little Angel Theatre in March. More, please, much more: this show deserves a proper West End run.
Posted by David at 16:19

Do you remember me?

I told you about Rachmaninoff

However, you didn't answer.

Are you busy now?

Send me e-mail back.

Dear David! Great job with Prokofiev's photo and Japan link! Bravo and many thanks!
sprkf.jr