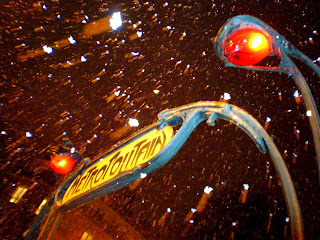 Snowflakes the size of which I've never seen, not even in Moscow or Petersburg, fell on Paris during the afternoon of the 18th, spelling trouble ahead for our journey home. And it wasn't much fun trying to follow the map as we scuttled through the backstreets from Place Clichy to the Musee de la Vie Romantique, where the first of three superb exhibitions we saw celebrating the nearly-concluded Russia-France year was to be found.

Bad tempers and bickerings duly soothed by discovering it at last, we made our way up the charming little cobbled alley to the rusticated 1830 house where Ary Scheffer (possibly known to most English art-lovers solely for that overwrought Francesca and Paolo in the Wallace Collection; there are much worse canvases to be seen here) lived and George Sand visited. 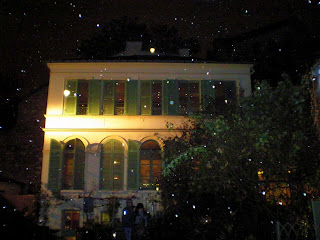 The reception from the incredibly rude staff (well, it's a long time since I've been called 'jeune homme', so I suppose that was something) left much to be desired, but once inside the first of the two studios where the exhibition was held, all was calm. The French, of course, never do these things by half, and the Tretyakov Gallery had obliged with, if not all its best known paintings, certainly some real connoisseurs' pieces to flesh out our understanding of Russian art around the 1830s, many of which I hadn't seen in Moscow. My enthusiasm usually begins with Kramskoi, so I was very pleased to admire the consummate portraiture and the eastern scenes of Bryullov. Indeed, the exhibition constantly reminded you that the Russian empire always embraced the supposed 'exotic', as did Delacroix and his French colleagues.

In the first room, a sketch for Bryullov's famous but not too lovable Last Days of Pompeii is complemented by several large scale canvases including Anton Ivanov's Gogol crossing the Dnieper 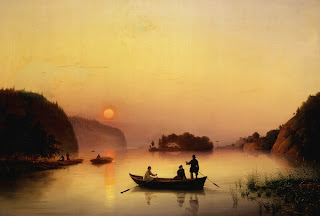 and some splendid portraits, including Fyodor Moller's famous one of the same, hardly romantic author. 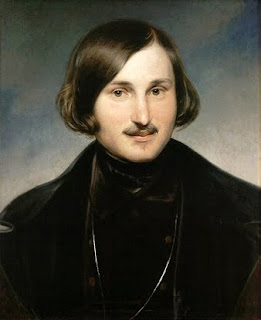 I've been hard pressed to find anything on the web about Nikolay Gerene, whose wry depiction of a bespectacled, effete orientalist aristocrat's 'cabinet' is the highlight among a neat group of interiors. Nor is there much about Fyodor Tolstoy apart from his bas reliefs (only connect - this one marks 1812). 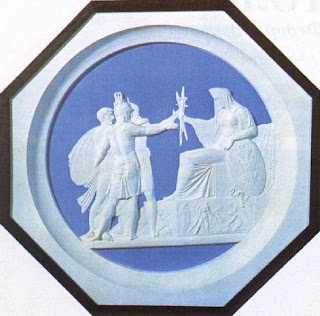 Yet Tolstoy-not-Lev-nor-Alexey's watercolours of flowers and fruits are exquisite, if upstaged by the Bryullovs on the nearby wall. One final main studio room shows off grander portraits to great effect, with one more intimate specimen by the master, of Nicholas I's cultured daughter Maria Nikolayevna. 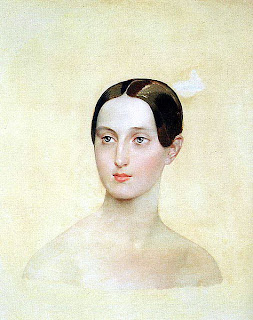 As for the house itself, the Scheffers on the upper floor make poor comparison with the Russian masterpieces. Downstairs, though, the room of George Sand memorabilia donated by her granddaughter has some charming choses, including a pretty swallow brooch among the jewellery she valued merely for its personal associations. And here's Chopin's tiny hand between his lover's lock of hair and her swan-like arm: 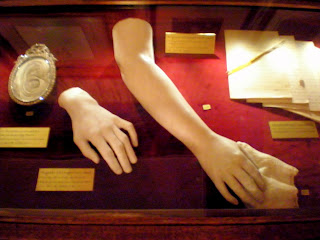 The museum itself is free, with admission to the exhibition well worth the price. And I gather that in spring and summer, dainty teas are to be had in the conservatory, which must add to the Violetta-Alfredo/Marguerite-Armand bourgeois idyll of it all.

By now the snow had gathered momentum. We dived into a patisserie, shared a coffee and a cake with a figure looking like my idea of Balzac's Vautrin and headed up to Pigalle. Without flash, the downpour looks like this. 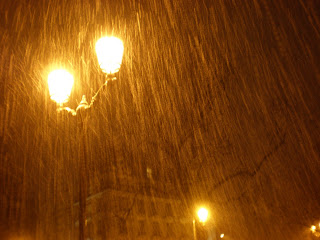 The only thing to do was to plunge into the Metro and take Line 2 to Termes, as close as we could get to the Salle Pleyel. And it was no hardship to while away an hour or so there before the Russian National Orchestra concert which our friends had so thoughtfully booked for us (frankly, I'd have been up for Lady Gaga at the Palais de Bercy, but I hear she cancelled, driving her French fans to despair). 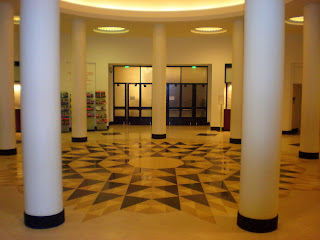 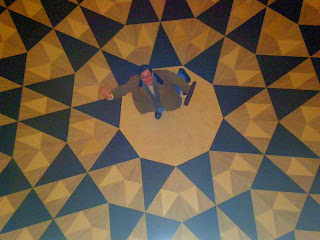 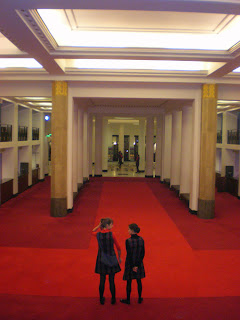 with typical attention to detail that extends to the lift 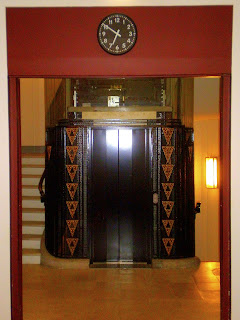 and the plaques commemorating Ginette Neveu and Chaliapin, among others. 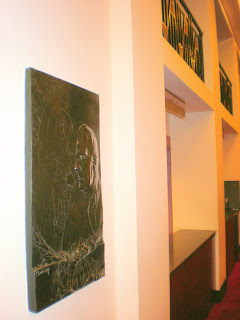 For the extraordinary circumstances of a concert blighted by the glacial hand of, hmm, Mikhail Pletnev, flick over to my Arts Desk Buzz piece. Tomorrow I'll go back to where it all began last Friday, the Opera Royale at Versailles, just in time for Christmas, as there are more snow-laden statue shots in store.
Posted by David at 18:10

Thank you for telling us about the Ary Sheffer paintings. I agree with you, David: the painting of Francesca and Paolo in the Wallace Collection (I can see it in my mind's eye as I write) is overwrought and not to our taste any longer, but the man could apply paint to a canvas. Regrettably the frame is quite OTT as well and off-putting.

In the realm of depicting atmospherics, as it were, nineteenth century Russian artists are wonderful, so thank you for "Gogol crossing the Dnieper" which is new to me. Kramskoi's "Christ in the Wilderness" is a masterpiece of desolation, dust and emotion all done with narrow chromatic palette. What a shame we don't have a representative sample of nineteenth-century Russian artists' work in the UK.

Well, Colin, I'm not sure that even Paris usually has much of a 19th century Russian collection either. We did, of course, have that fabulous Russian landscapes exhibition at the National Gallery, and we're not short of Ballets Russes splendour at the moment (go twice! Go ten times!)

I was really stunned by "Gogol crossing the Dnieper" which is luminous to an astounding degree. Thank you for featuring it -- it is now in a file I keep of extraordinary art.

Here's wishing you a very Happy Christmas and best wishes for a marvelous 2011!