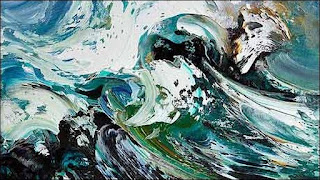 The adorable Maggi Hambling, who has become our Newest Best Friend since her partner Tory Lawrence - also a remarkable artist - had an exhibition in the 12-Star Gallery, launches what promise to be ten days of enlightening events at the new Europe House in Smith Square. This seemingly shameless piece of diplo-mate promotion (goddamit, it's my blog, I can write what I want) comes about because I Believe in European Culture to connect us as much as he does, and because it's about as good an arts spectrum for a minifestival as it gets.

There should be something to please everyone. Quite a start to have one of Britain's leading artists kicking off with a sequence of North Sea pictures. Tomorrow there's a free screening of archive European films showing a vanished world from 1909-21 (I've seen the DVD, I know how extraordinary it all is). 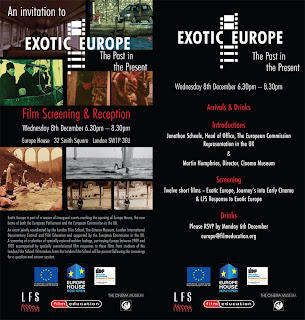 Plus, inter alia, major poets, a Proust round table and another free musikfest with the vivacious London Bulgarian Choir and others...all details here.

It's been a productive year for Maggi, with earlier exhibitions at the Fitzwilliam and the Freud Museum (that one's still running, I believe) and the launch of a book about her magnificent Aldeburgh scallop. 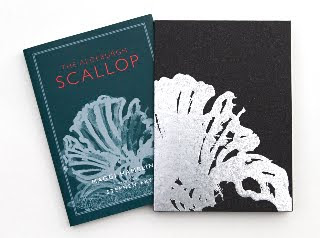 We're waiting to receive our copy as a present from another friend who bought it at the launch and is coming to the Exotic Europe event, but of course I know and love the object itself.

I popped over on my bike to south London in September to pick up the birthday present I'd bought for J - one of Maggi's Oscar lithographs - and was regaled with a glass of whisky and tales of her and Tory's recent trip to Moscow. Hence the hat. 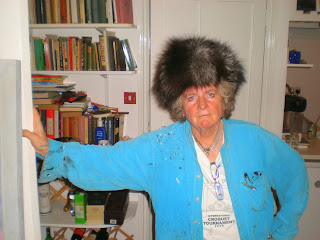 As I was leaving, Maggi pressed on me a bag of apples, given to her by a taxidriver on the way back to Sheremetovo Airport. They'd come from his maminka's dacha apple-tree (I see I'm repeating myself a bit, but only in part). I managed to cycle back safely with the framed picture in my pannier, but just as I was rounding the home strait, the pannier came off and the apples spilled all over the road. One kind neighbour who stopped to help me pick them up was impressed to be rewarded with a handful for her pains. Another became a provisional christening present for baby Mirabel (hurrah, We Are a Godparent again), who was probably happier with this shiny round rednyellow yabloko than a silver spoon. 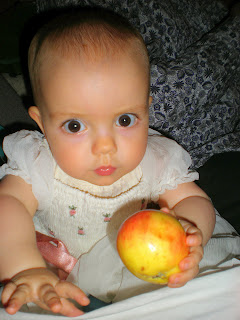 A neat parable of the joy (if that's the right word, considering the fierce aspects of the senior and junior artists) of giving and receiving, I reckon, if that doesn't sound too seasonally pious.
Posted by David at 11:31

OMG, I thought it was a cat on her head, LOL!